The Undeniable Magic of the Nagaur Cattle Festival

Rajasthan, the largest state of India is the shiniest jewel in the royal crown of the country. From fairytale palaces, intriguing historical forts and winding street markets to the mosaic attires, friendly locals and the varied and extremely colourful festivals – Rajasthan is exceptionally exotic and magical. The festivities here are the main attraction for travellers and understandably so. Rajasthan makes sure to bring the grandeur in all the events, which makes for a culturally fulfilling and unique experience.

If you are visiting late in January or early February, then you are in for a big treat! Rajasthan during the time celebrates the captivating Nagaur festival, one of the largest cattle fairs in the country held in the city of Nagaur, and it is nothing like anything you have seen before. The Nagaur Cattle Festival was first established 56 years ago, by the Jodhpur Dynasty king Umed Singh in honour of Shri Ramdeoji and since then has been annually celebrated to keep Rajasthan’s traditions and heritage alive. 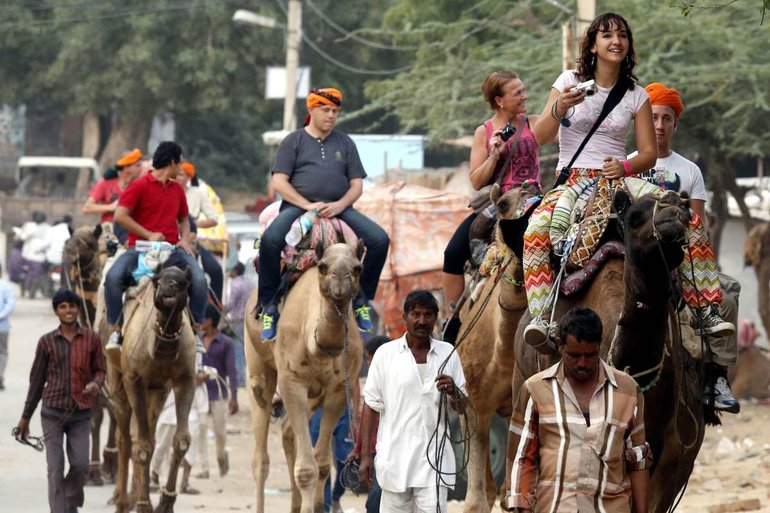 The festival goes on for about four to eight days in total and is celebrated with fiery enthusiasm by the locals and tourists who travel all the way here just to bask in the warmth of the ecstatic atmosphere in the depths of cold but pleasant winter. The festival is primarily known for the large numbers of cattle including horses, oxen, bullocks, cows and camel brought and gathered for trading purposes. The herds of cattle here go up to or more than 70,000 – Imagine the surreal sight! As you walk along the grounds you will notice many little details that add to the bigger picture of the grand Nagaur Cattle Festival. Notice the local cattle owners dressed in traditional Rajasthani attire and multicoloured turbans and women wearing enamouring customary jewellery. The cattle fair holds historic significance and mainly celebrates the trading traditions of the city of Nagaur. Along with the ongoing trades, there are several events and activities at the festival ground solely for the entertainment of the zestful tourists and travellers. Stroll along as the festival unfolds around you to capture in photographs and memory. Cheer along to a passionate tug-of-war match between individuals or teams, get yourself some delicious fair food as your watch exciting camel and bullock races and playfully bet on a crowing contender in a cockfight. 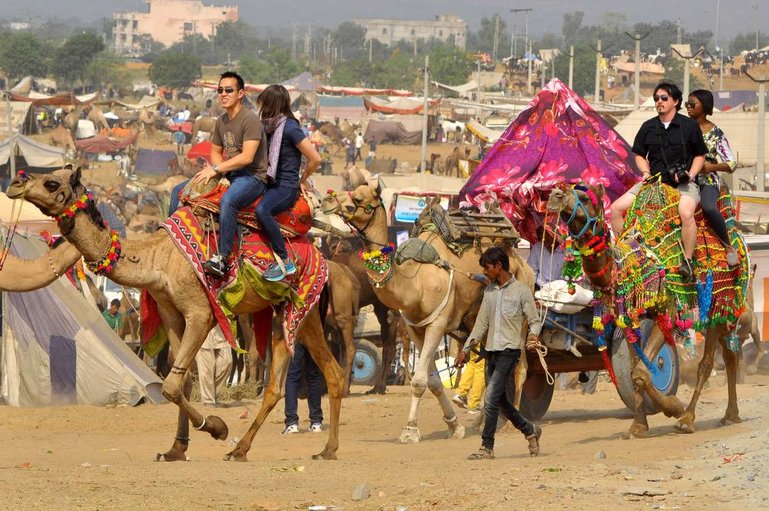 The Nagaur Cattle festival gets even more mystical as the evening comes along and the lights go on around the premises. One of the main attractions here is the famous Mirchi Bazaar (Red Chili Market) which is the perfect spot for interesting photographs and authentic souvenirs. The brightly dressed shopkeepers during the fair sell all kinds of local handicrafts from wood and iron décor items, leather accessories to traditional patterned outfits and Rajasthani jewellery pieces. Not only that, but as the skies turn a shade of darker blue, groups of local performers with their bright lights show up for unforgettable folk music and dance performances.

Many other local festivals start during this time in the month of February like the World Sufi Spirit festival which gives you a chance to explore the Rajasthani culture even more through music, art, dance, poetry and historical walks in Nagaur. The events during the Nagaur Cattle Festival is a great way to get acquainted with the magical essence of the Indian culture and start off on the right foot on your travel journey! 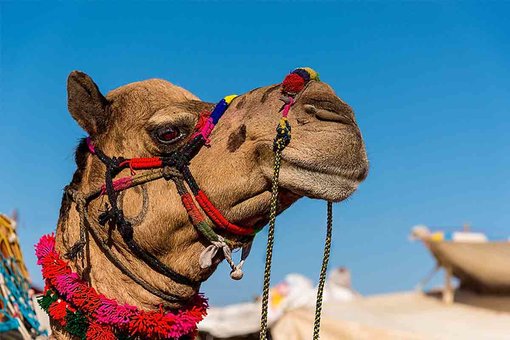