Ten Things to Do in Charlestown, Cornwall

We spent a week housesitting in the historic village of Charlestown on the Cornish Coast of England. Charlestown is situated just one mile outside the town of St Austell. It also happens to be located on the South West Coast Path, England's most epic hiking trail.

Known for its 18th century harbour, the village has, in fact, been designated as an UNESCO World Heritage Site due to its historical significance. What's more, Charlestown is surrounded by beautiful countryside as well as an abundance of excellent walks and beautiful beaches. The village also serves as a great base to visit other attractions in Cornwall, including the nearby Eden Project and The Lost Gardens of Heligan..

Although it is only tiny, the harbour is fascinating to explore and has oodles of atmosphere. Indeed, with its cobbled streets and ancient fishermen's houses, Charlestown feels as though it has barely been touched by time. In fact, a visit to the harbour feels akin to being transported back to another era. Without further ado, we explore ten things to do in Charlestown. 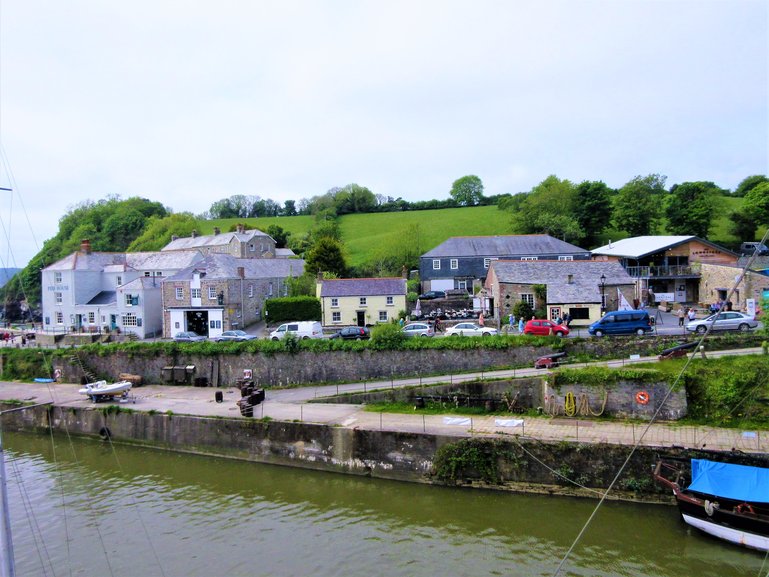 1. Take a Stroll around the Harbour

Charlestown offers the only unspoilt example of a Georgian Harbour in England. It was built between 1791 and 1801 by Charles Rashleigh, after whom the village was named. To this day, it is home to a fleet of tall ships which are immediately reminiscent of a bygone era. Consequently, the harbour has been featured in countless TV shows and movies including Poldark, together with The Three Musketeers, Hornblower and The Eagle has Landed. Originally, the harbour was built to facilitate the transportation of china clay from nearby mines. Although it is still a working harbour, Charlestown is primarily a tourist destination these days and is a frequent stop for bus tours. The harbour also plays an important part in heritage and seafaring skills training. Additionally, it is active in raising public awareness of the importance of maritime history. 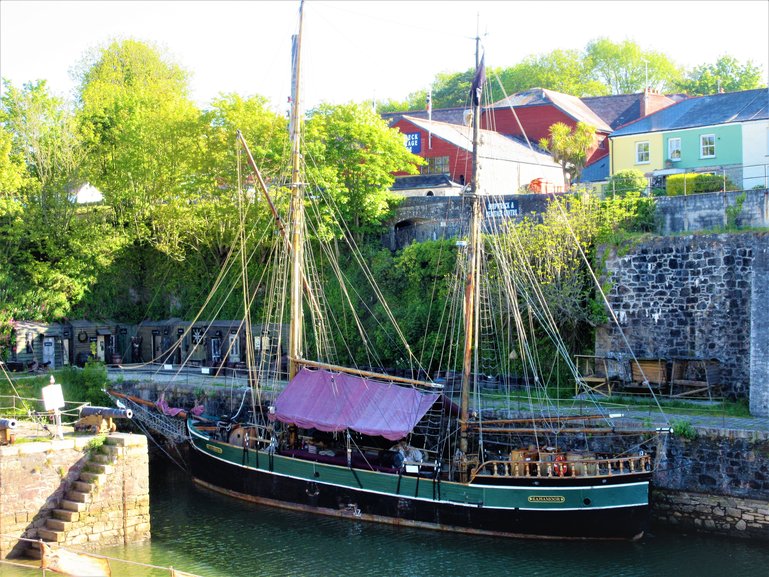 Tall Ship in the Harbour

The village is home to the Shipwreck Rescue and Heritage Centre where visitors can learn about Charlestown's past. As a matter of fact, part of the centre is built over the tunnels, through which wagons of clay were transported to waiting ships. Back in the day, Charlestown also dealt in other trades. These included pilchards together with coal, timber, stone and tin, as the exhibits in the heritage section demonstrate.

The theatre follows the history of the town from the original 1791 blueprint to burgeoning growth and eventual decline. The Shipwreck section has both photographs and original wreckage on display. One of the highlights is a 400-year-old cannon. There are also artefacts salvaged from the sinking of HMS Ramillies in 1763. Altogether, there are more than 8,000 exhibits from 150 shipwrecks. Additionally, one of the sections displays photographs of scenes from the many movies and TV show that have been filmed in Charlestown. 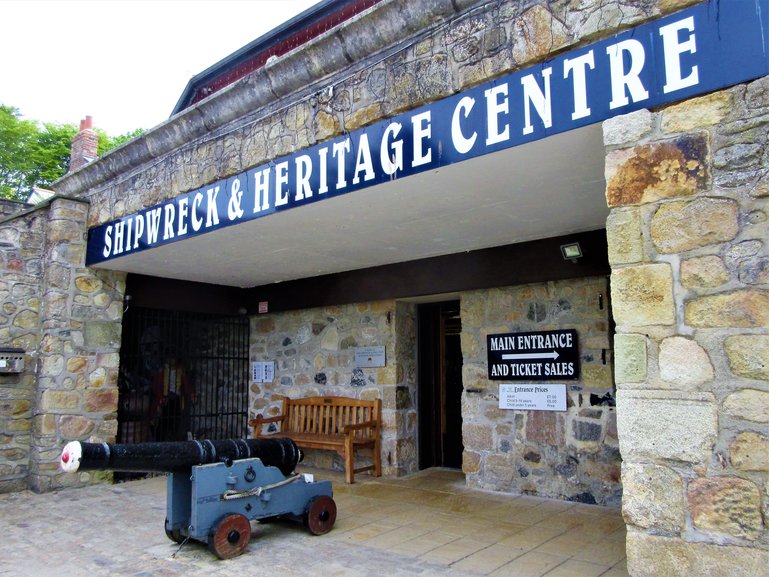 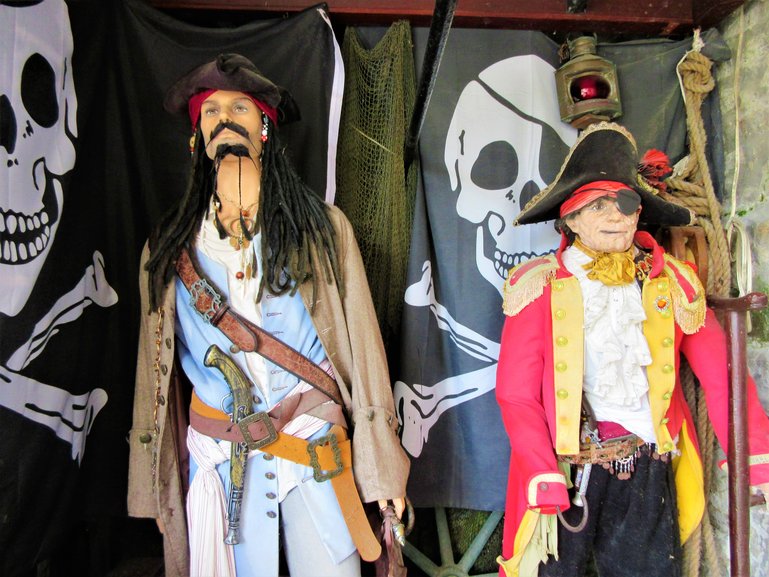 The Shipwreck Rescue and Heritage Museum

3. Sample Seafood and Steak at The Longstore

The Longstore is located in a renovated sail loft overlooking the picturesque harbour. The vibe is stylish, yet chilled. The décor is a combination of exposed brick and painted wooden walls along with a scattering of industrial fittings. In addition to its open kitchen and floor to ceiling windows, which overlook the terrace and harbour, one of the restaurant's most striking features is its oyster shell chandeliers. The Longstore specialises in steak and seafood, but if you happen to be vegetarian, don't despair – the restaurant also has a few tempting veggie options on the extensive menu! The food is locally sourced, seasonal and the portions are extremely generous. Daily specials are offered to keep things interesting for regular visitors. The skilled staff know how to mix a top-notch cocktail and the menu includes such temptations as Raspberry Bramble and The Hussey.

4. Take in the View at the Coast Guard Lookout

This National Coast Watch Institution is one of fifty-seven situated around the British Iles. They are run by trained volunteers, who keep their eyes and ears alert, monitoring the radio and watching the coastline, especially in times of poor visibility. One day, whilst taking a walk, we were invited in by the friendly coastguard, who spent some time explaining to us all about his job and what is involved. We were also privy to a magnificent view along the coastline from the lookout. If you happen to be in the vicinity, it's worth stopping by to learn a little about the great work that is done by the volunteers of the National Coast Guard Institution. The lookout is situated on Landrion Point, accessed from Sea Road along the South West Coast Path. 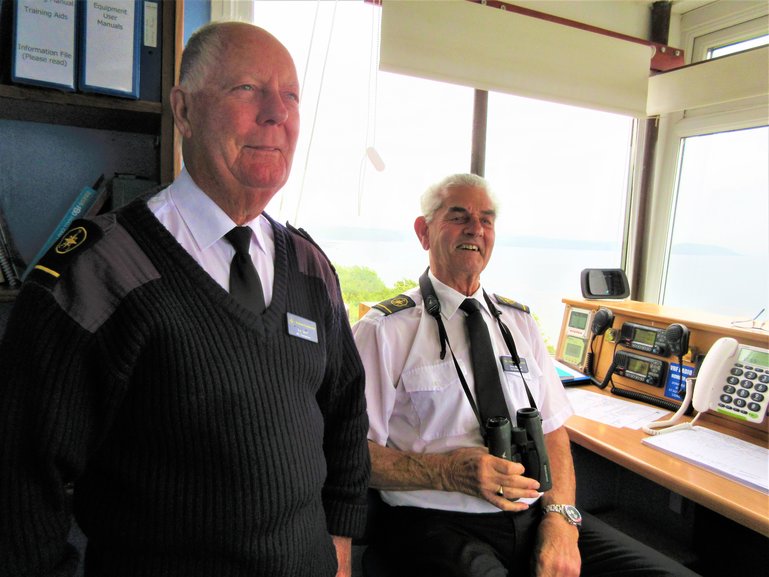 5. Treat yourself to some Cornish Ice Cream

Ice cream aficionados will love the Tall Ships Creamery. Cornwall is, in fact, known for its ice cream and each of the gourmet ice creams here are named after pirates or the sea. Flavours range from classic clotted cream to caramel and Cornish sea salt along with caramelised figs with amaretto and lemon with seaweed. A range of fruity sorbets and yoghurt ice creams are also available and there are even ice creams for diabetics. All ice creams are gluten-free and created using natural ingredients. Indeed, Tall Ships Creamery is as close as it gets to heaven for ice cream lovers!

6. Take a Walk along the Beach

The shingle beaches situated on either side of the harbour are south-east facing and consequently, are sheltered from the westerly winds. They are by no means the most spectacular in Cornwall, but are interesting for a stroll, with caves to explore and rock pools to inspect at low tide. Adding to the intrigue, is the theory that the caves were used by smugglers back in the day. The far end of the easterly beach is the most attractive area and at low tide, patches of sand appear. Both beaches are reasonably safe for swimming. For a sprawling stretch of sand, Carlyon and Porthpean Beaches are only a few miles away and can be accessed via the South West Coast Path. 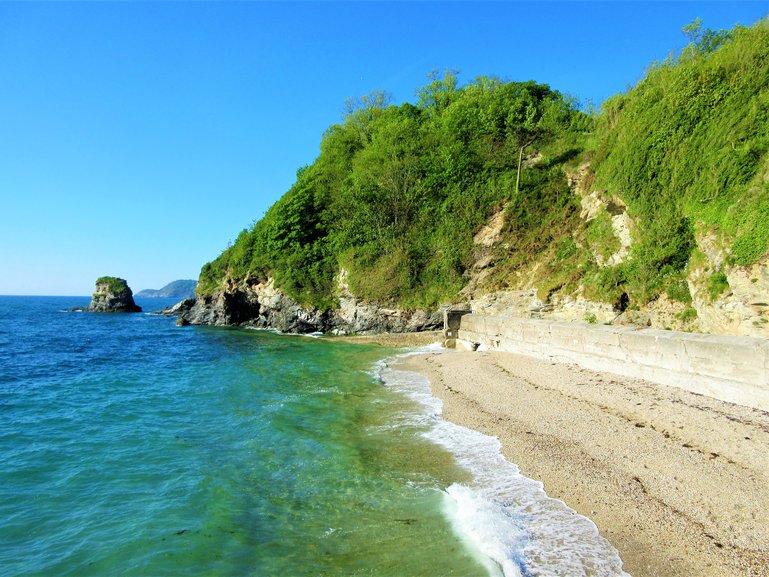 7. Indulge in some Pub Grub at The Pier House

This traditional watering hole overlooks the harbour and is a perfect venue to enjoy some hearty pub grub. The décor is elegant, with some touches of maritime history thrown in for good measure. The bar and restaurant face the sea and there is a terrace for al fresco dining on sunny days. Two roaring log fires add a cosy vibe during the winter months and there are nooks and crannies aplenty. The lunch menu focuses on lighter meals and the main menu offers more substantial dishes. For a price, you can even sample a sparkling Cornish wine called Polgoon. The Pier House also offers accommodation and has twenty-seven rooms. 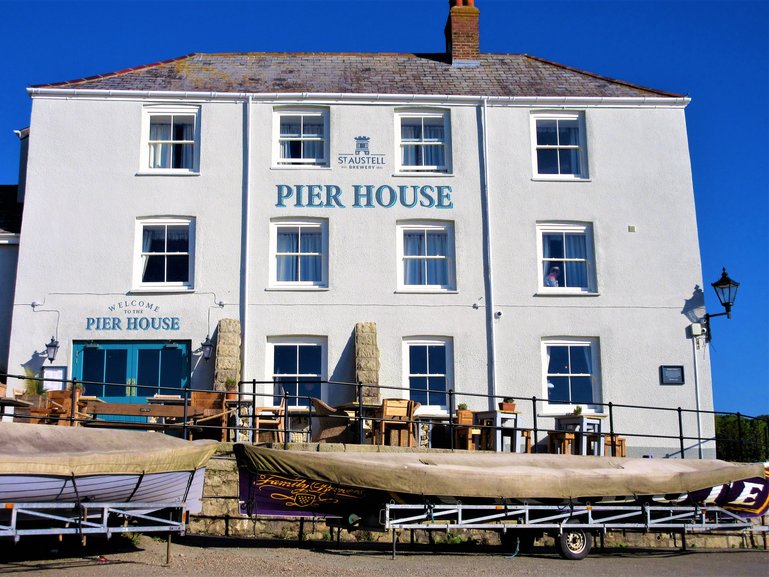 This epic trail is England's longest footpath and stretches for 630 miles around the country's south-west peninsular. It cuts right through Charlestown and a walk to lovely Porthpean Beach, about three miles away, makes for a great day hike. The trail follows an eastern route over the cliff tops, with views over the sea. It's best to check the latest information, as sometimes the trail is diverted due to crumbling cliffs.

9. Enjoy Coffee and Cake at The Galley

A delightful café with indoor and outdoor seating, The Galley, was our favourite hang-out while we were in Charlestown. Not only is the coffee excellent, but the sandwiches are delicious, substantial and made with freshly baked bread. The café even offers a takeaway cream tea complete with scone, a small tub of clotted cream and jam and a cup of tea (all in biodegradable packaging). Everything is homemade and tasty from the cakes to the Cornish pasties. Enhancing the experience further, the staff are friendly and welcoming. A definite winner as far as we were concerned!

Charlestown Gallery is a treasure trove of paintings, gifts, toys, ceramics and jewellery, all produced by local artists. The gallery was originally owned by the late Don Austen, who was a successful artist himself. These days his family produce some of the art which is sold in the gallery. Whether or not you are buying, it's a wonderful store to peruse and it brims with an abundance of temptations.

10 Things to Do in Norfolk

A Guide to Norwich, Norfolk, England

Praiano-Naples transfer (car service) with a stop in Pompeii