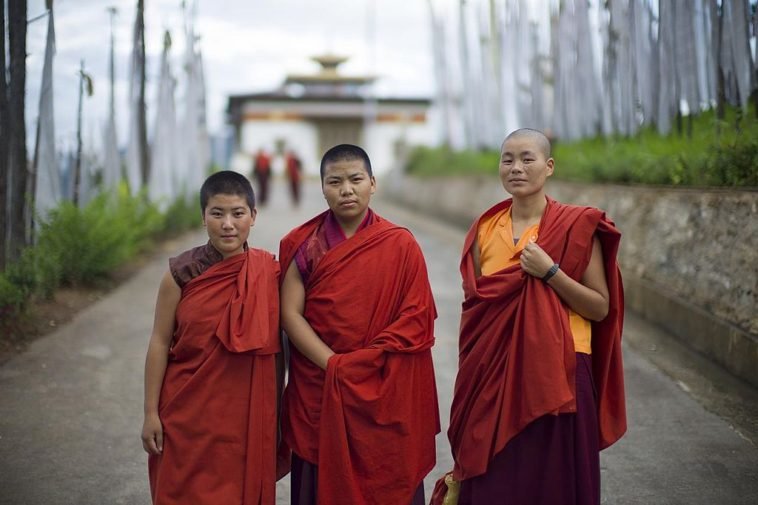 Often known as the ‘happiest place on Earth’, Bhutan is the land of peace, beauty and Buddhism. Against a breathtaking Himalayan landscape, Bhutan lies beaming with ancient traditions mixed with modern adaptations.

Young monks in their maroon robes playing football, a street-seller with bags of spices and red rice, mothers carrying their babies on their back with a cloth-wrap and giant phallic murals symbolic of the teachings of the eccentric saint, Drukpa Kunley – The streets here are a fascinating one-act play.
The Bhutanese life is simple and fueled by an immense love for life. From festivals and rituals to every-day interpersonal relationships, the teachings of Buddhism are intricately woven into the Bhutanese way of being. Understandably, getting to know the Buddhist culture and traditions is the perfect start to learning the essence of Bhutan. 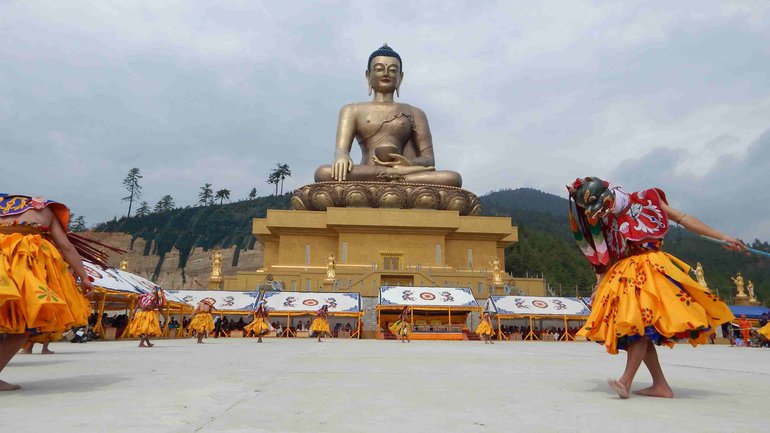 In the capital of the country, Thimphu resides the unmistakable 51m-tall statue of Buddha Dordenma. Glowing peachy-golden in the sunlight and illuminated at night, the statue is a national treasure. The base of the Buddha is a large chapel and the body is filled with 125,000 smaller idols of Buddha.
About an hour away from Thimphu, visit the Tiger’s Nest Monastery delicately perched on the edge of a cliff. The monastery is one of the most prominent sacred spots in Himalayan Buddhism and the perfect place to meditate and get acquainted with the history here.

The religious sites in Bhutan are quite a mystical experience. The Dungtse Lhakhang temple in Paro is one of the lesser-known hidden gems for travellers. At the entrance, visitors climb narrow wooden stairs at the ground floor, which represents hell, then to the second floor symbolizing the sphere of earth, and finally to the top which symbolizes nirvana. 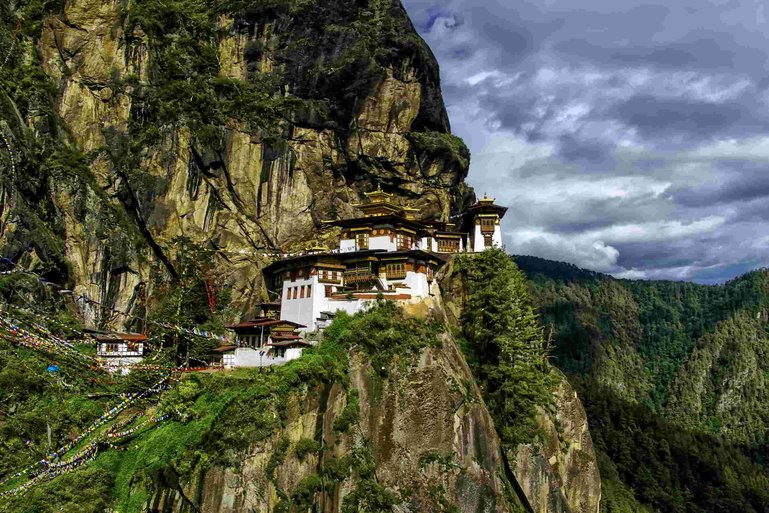 While you’re here begin your morning with a cleansing ceremony conducted by a monk using candles, chants, prayers, rice and water to dispel any bad energy. A blue string is tied around one’s wrist in the end, signifying good luck.

Make time for a mandala making session – Here is where things get really interesting! Mandalas are elaborate ‘cosmic diagrams’ that have specific patterns that hold deep significance of Buddhism’s spiritual truths. Made of colourful sand, each mandala shape has a different meaning.
For example, the Chenrezig represents compassion for all and evokes empathy in anyone who views it. And the Medicine Mandala Tanatuk is believed to radiate healing energy. One of the most profound moments in this practice is that these meticulously made mandalas are eventually destroyed, swept away and cast in the ocean.
As you offer your intricate mandala to the Thimpu River to be carried to sea, you will have learned one of the most important Buddhist lessons: the impermanence of life. 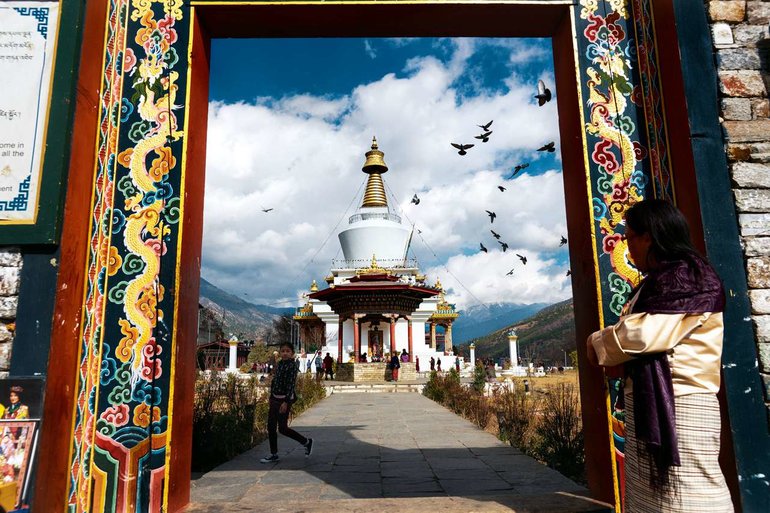 Make your way to the Paga Monastery to experience the smoke ritual. Watch a Buddhist monk burn herb and incense to cleanse the polluted mind and body and eliminate the hurdles in the path of peace. Like in the mandalas, colours play a huge role in Bhutanese culture. Meet with a doctor at the National Traditional Medicine Hospital to learn how colours are used in Bhutanese indigenous medicine. Health problems here are often seen as an imbalance in the elements of the universe: air, fire, water and earth. It is believed that the body physically reacts to overwhelming emotions such as anger, desire or hatred. This is a great learning opportunity for travellers looking to understand Bhutan. 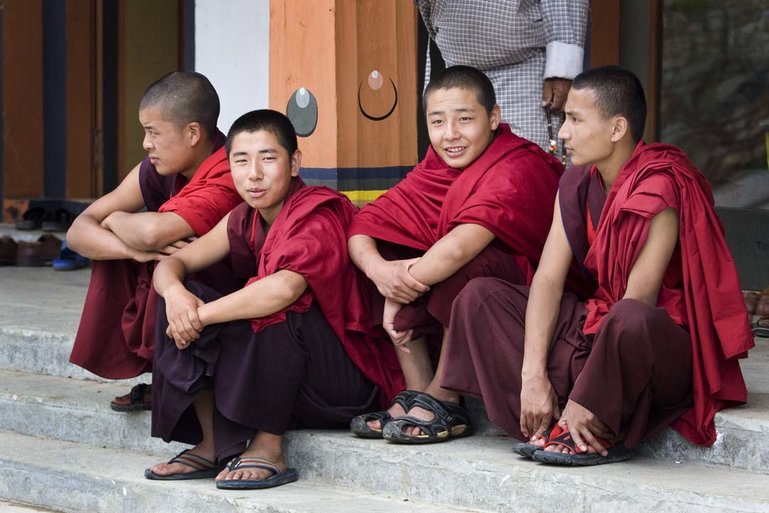 Take part in making Tsa-Tsa, small clay stupas that are said to clear any negative astrological forces and bring joy to life. If here around October, the nomad Royal Highland Festival in Laya is a great cultural experience for you to have.Decorated yaks, poem recitations, craft exhibitions and horse races – The festival is an opportunity for highlanders from different parts of the country to exchange knowledge and skills. The Weekend Market is the best place is to buy handicraft-souvenirs, quality mushrooms, local cheese and cereals.
The serene country of Bhutan always leaves its travellers beaming with the goodness of its Buddhist teachings. Expect an infectious wave of positivity to sweep you away!