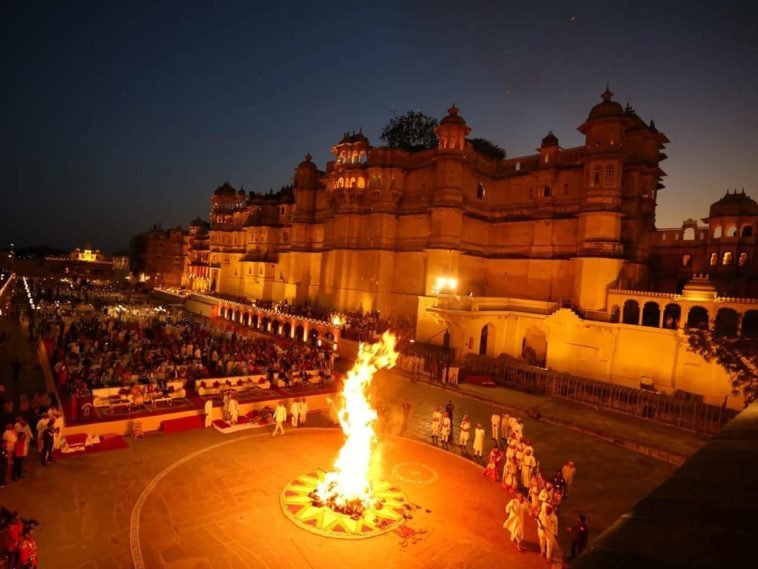 The festival of colours – Holi is a much-awaited jamboree in India that holds great religious and mythological significance and celebrates the power and victory of good over evil in the world.

A hopeful and cheery event, Holi is a treat to the mind and soul. Doused in a rainbow and glistening with joy, the country looks magical during the month of March. In true Indian fashion, the diverse states here celebrate the festival in contrasting cultural ways – Each quite magnificent and unique on its own. 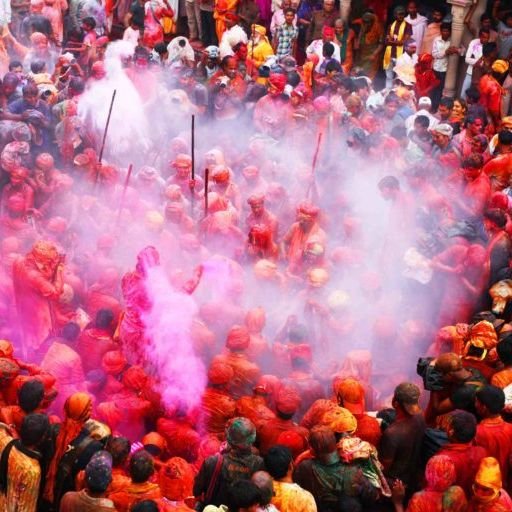 If you went about discovering India in the month of March you would be surprised at the different traditions in each part of the country. Mathura and Vrindavan get started with the celebrations 25 days before the main event.

And in the nearby villages of Nangaon and Barsana, the locals celebrate the festival in another style called Lathmar Holi, which includes a ritual in which women playfully beat the men with sticks while they try to shield themselves.

In the Northeast, Manipur lights up with six days of indigenous rituals and folk dances, while on the other hand, Goa during Holi is a time of cultural shows, good food and thanking the local gods and goddesses. There are quite a few ways to experience Holi in India, but if the idea of the grandeur and ancient traditions excites you then starting your journey in the North of India is absolutely perfect! 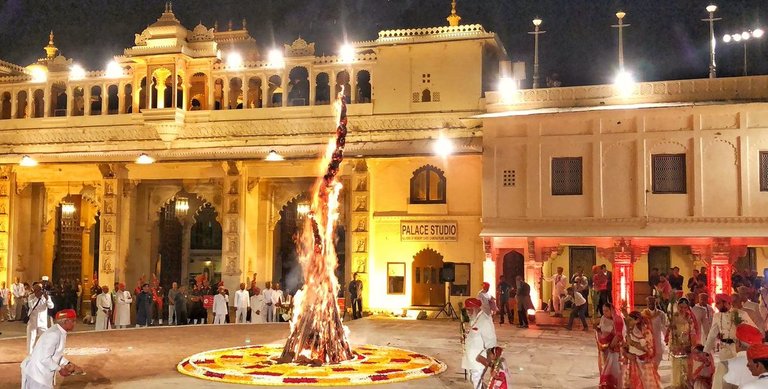 The day before Holi, the North celebrates the festival of Holika Dahan. This event is a cleansing ritual that clears all the negative energies from your past and paves a clear path of hope and positivity for all the joy to come into your life in the future.

The royal family holds a grand event as a part of the World Heritage Festival at the City Palace of Udaipur from the 19th to 23rd March. Packed with folk dances, recitals, concerts, exhibitions, walking tours and other cultural performances, the festival is the talk of the town among locals and foreigners!

On the full-moon night of Holika Dahan, the present custodians of the Mewar Dynasty embark on a royal procession with dazzling, decorated horses, professional staff and a splendid musical band, which is then followed by the lighting of a sacred pyre.

Dress in a sparkling Rajasthani outfit; sit by the warm glow of the pyre as you make conversation to the sounds of classical music. The locals perform the traditional Gair around the bonfire, and it’s truly a heartwarming experience if you’re looking for serenity and an authentic royal Indian celebration. 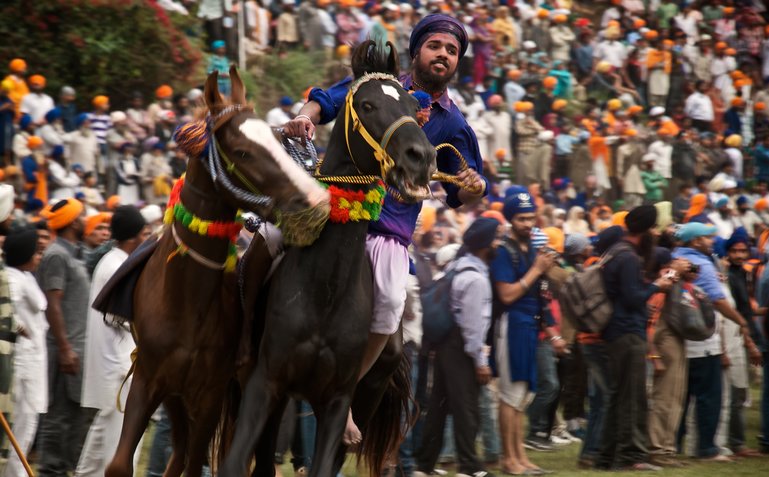 The celebrations don’t end quite yet! On the day after Holi make your way to Amritsar for the week-long festivities of Holla Mohalla. A Sikh annual event founded by Guru Gobind Singh, Holla Mohalla is an opportunity for communities to get together and celebrate the power in unity.

While you’re here make the most of the glorious cultural spots in the city. A sight for sore eyes – The Golden Temple is a refreshing beginning to your travels here. Have a heartwarming experience serving at the largest community kitchen in the world at the temple that practices compassion and nondiscrimination.

Also make sure to visit Jallianwala Bagh, a memorial to the martyrs who jumped into the well in the premises to escape the British officials – A moving look into the history of the country. With a heart full of gratitude, make your way to Anandpur Sahib to witness the sword performances and mock fights in celebration of courage and dignity on Holla Mohalla.

As the long festivities come to an end, look back on to your worthwhile journey with a new appreciation for the little joys in life and a deeper understanding of a new culture. 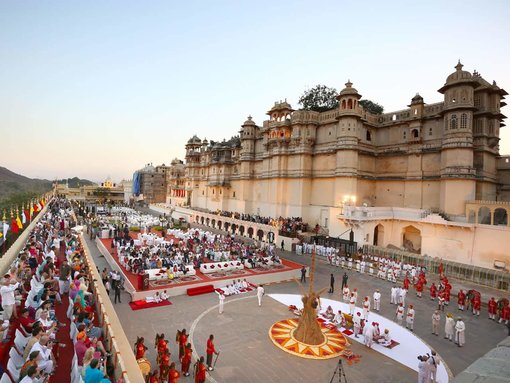 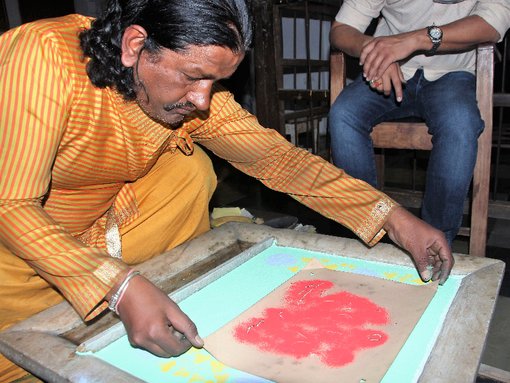 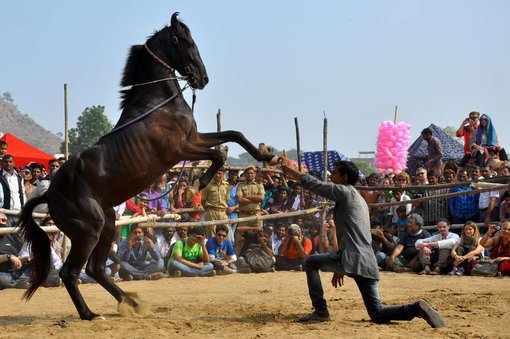 The Undeniable Magic of the Nagaur Cattle Festival