Experience Muay Thai where it all began during a 90-minute spectacular in Bangkok. Thisnon-stop show is perfect for xenophiles and MMA fans alike. Performed in two parts, the first high-energy show presents the origins of the world-famous martial art through stunts, drama, and choreography. Next Local and foreign fighters ready to prove themselves.

Get amused in this 90 minutes live show with 2 type of performances. The first one is Muay Thai Live: The Legend Lives which all about unrevealed and untold stories of the origin and heroes of Thailand’s revered martial art, Muay Thai. The award-winning show chronicles the

historical milestones of Muay Thai, against the richness of the country’s amazing cultural backdrop, and spanning over 300 years. is epic live stage performance is presented through a stellar combination of fights, stunts, drama, music, and electrifying light and sound effects. Shoe duration is 50 minutes and the next performance will be Muay Thai Live: Boxing and Warriors Rising. This show duration is about 30 minutes. Warriors Rising are two bouts of live Muay Thai boxing matches that are mentored by Muay Thai Grand Master Kru Sane Tubtimtong. The fighters are both local and international. 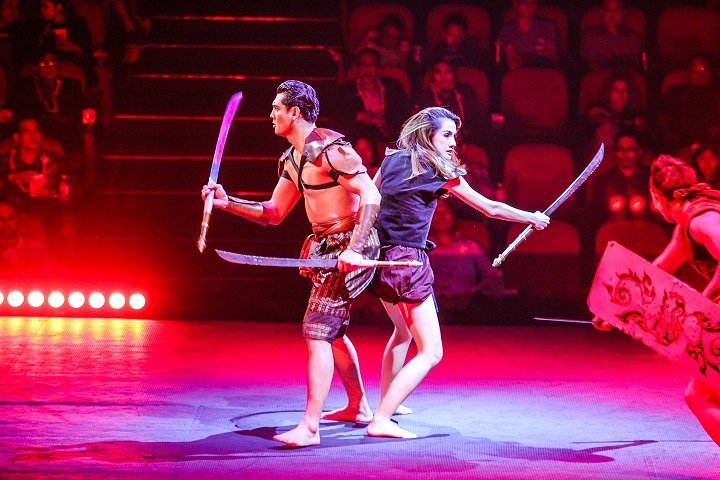 Food and drinks , Hotel drop off.

We provide hotel pick up to all customers from all around Bangkok. After booking confirmation please send us your hotel name with address to arrange your pickup.

Enjoy a thrilled evening at Patong Box Stadium full of crowd to watch authentic Muay Thai matches on the biggest Muay Thai ring in southern, Thailand. Get to Both male and female Thai boxers battle it out using their feet, elbows and knees in this intense combat sports. You will have an option to seats position according to your budget.