Prishtina is capital of Kosovo with 350-400 000 inhabitants, and also a University City with over 50 000 students from throughout the country. Pristina is a political, economic, cultural, and diplomatic center of Kosovo. It is very dynamic city, with bright and positive youth, with many cultural, arts, urban and sport events held in the town. 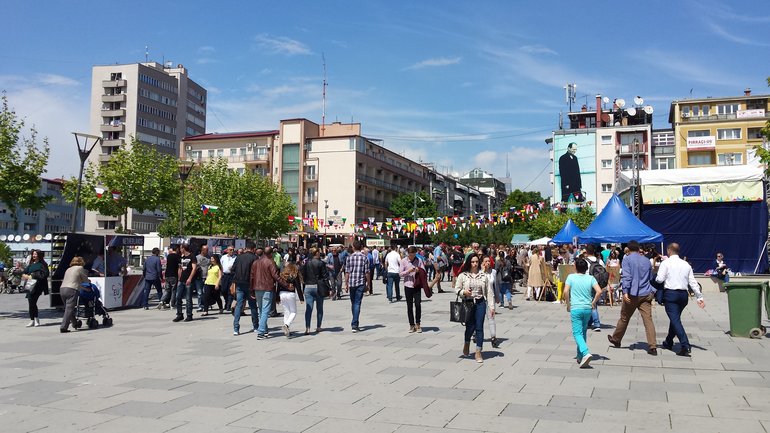 Pristina is captal city of Kosovo - the newest country with the youngest population in Europe.

Pay 15% now, the rest on the day of the trip
Moderate cancellation policy

Only Guide service is included

Meals through the tour

Pristina city tour does not need transport as all is in walking.

Passport or ID is required to have with you on the tour.

Hi. I am Bekim Xhemili a professional guide based in Pristina, Kosovo, a graduate of anthropology, with over 12 years of experience as a professional guide and cultural anthropologist. The guided tours I provides aim to introduce individuals, small or large groups to Kosovo and its rich cultural heritage, intangible heritage, history, customs and traditions, rituals, traditional food, great landscapes and beautiful nature of Kosovo.

A passionate team filled with enthusiasm and charisma. Very knowledgeable and professional. Drivers are able to provide ample information along the drive. See landmark ruins which have impacted our present society. Herculaneum and Pompeii are must see ruins. Highly recommend to hire private authorized guides for these sites. They will provide ample