The Cascade Complex - Cafesjian Center for the Arts

DAY 1: Arrival in Yerevan, transfer to the hotel 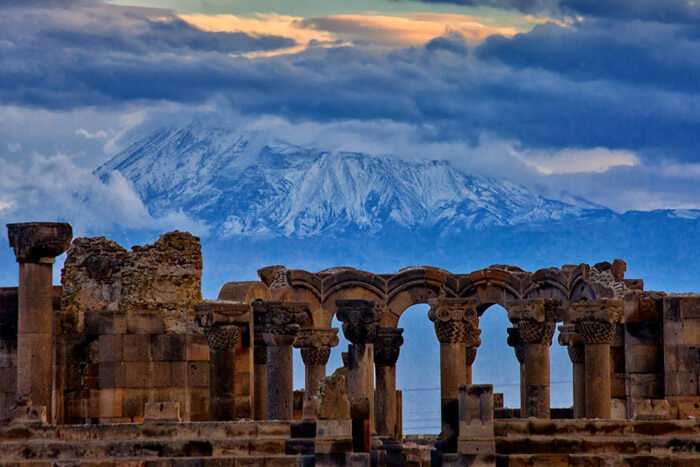 Yerevan Brandy Company is the producer of ARARAT brand. The ARARAT Museum is located inside the walls of the monumental Yerevan Brandy Company building, which rises on the right bank of the Hrazdan River. This is where your acquaintance with beautiful Yerevan and the Legendary Armenian ARARAT brandy begins.
Etchmiadzin Cathedral is the mother church of the Armenian Apostolic Church, located in the city
of Vagharshapat (Etchmiadzin), Armenia. According to scholars it was the first cathedral built in ancient Armenia and is considered the oldest cathedral in the world․
Zvartnots Cathedral is a 7th-century cathedral. Now in ruins, it is located at the edge of Etchmiadzin. Cathedral and Churches of Etchmiadzin and the Archaeological Site of Zvartnots are included in the UNESCO World Heritage List.
Back to Yerevan. 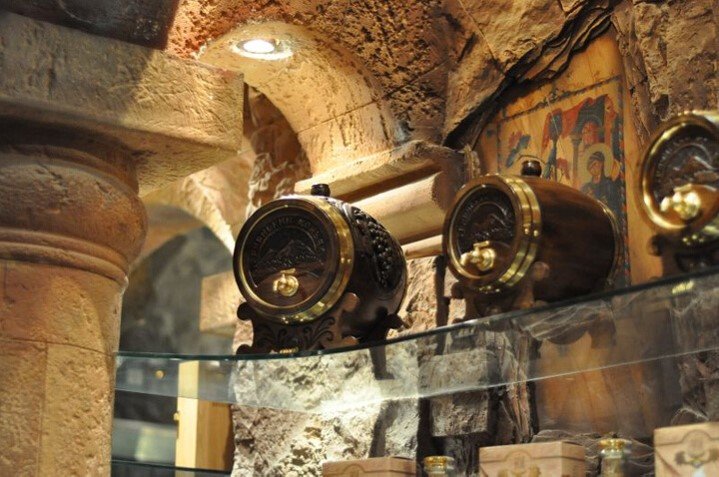 Tour to Khor Virap, which is an Armenian monastery located in the Ararat plain in Armenia, near the closed border with Turkey. Khor Virap's notability as a monastery and pilgrimage site is attributed to the fact that Gregory the Illuminator was initially imprisoned here for 13 years by King Tiridates III of Armenia.
Saint Gregory subsequently became the king's religious mentor, and they led the proselytizing activity in the country. In the year 301, Armenia was the first country in the world to be declared a Christian nation.
Tour in Areni winery. The winery is a two-storey stone building with an annexe. It has a cellar with bottles of wine, huge barrels, and a small production facility, as well as a café, souvenir shop, and, of course, a tasting room. A tour of the Areni Winery includes: a walk through the small production plant where you can see the technology and process used to make the wines, an explanation of the history of winemaking at Areni and, many visitors’ favourite activity, wine tasting.
Visit to Noravank, which is a 13th-century Armenian monastery, located 122 km from Yerevan in a narrow gorge made by the Amaghu River, near the town of Yeghegnadzor, Armenia.
The gorge is known for its tall, sheer, brick-red cliffs, directly across from the monastery. The monastery is best known for its two-storey Surb Astvatsatsin (Holy Mother of God) church, which grants access to the second floor by way of a narrow stone-made staircase jutting out from the face of building.
Back to Yerevan. 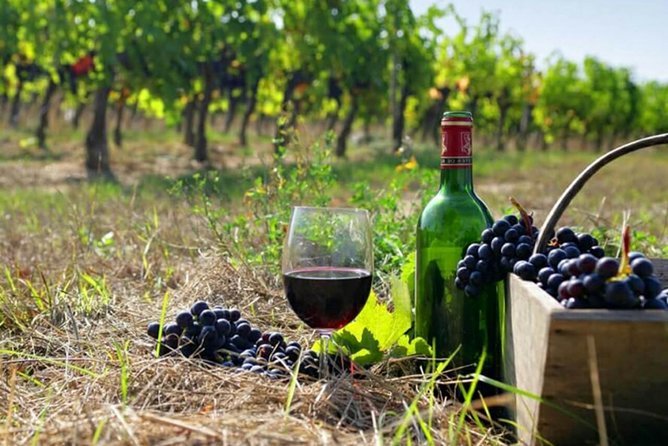 Tour participants will reach Lake Sevan, one of the largest high-altitude lakes in the world. The lake is at an altitude of 1,950m above sea level. Sevan is famous for its different kinds of fish, particular for ishkhan, which means “princely fish.” Sevanavank Monastery (9th c.), located on a peninsula will be the next destination for the group to reach.
Dilijan is in the northern part of Armenia. It is a spa town and urban municipal community in Tavush region. Thera are densely forested valleys and mountains with alpine meadows surrounding them.
The monastery complex of Haghartsin represents an amazing harmony of architecture and nature. It was built between the 7th and 13th centuries. The monastery has an underground tunnel that leads to the river. It served as a hiding place for the villagers, during earthquakes and wars.
The next destination will be Goshavank , which is a 12th- or 13th-century Armenian monastery located in the village of Gosh in the Tavush Province of Armenia. Today the monastery is not a functioning religious complex, although it remains a popular
tourist destination and has recently undergone some light restoration. 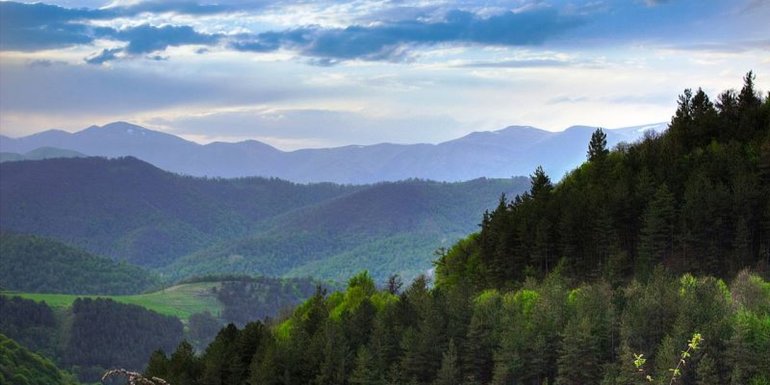 Garni Temple is the only pagan temple left in Armenia. It is a blend of Greco-Roman and Armenian styles built by King Trdat I in the first century A.D. and dedicated it to the God of Sun. During the tour traditional bread lavash baking master class will be organised in tonir (oven in the ground).
Lunchtime
Geghard monastery (13th century) carved out of the adjacent mountain and initially called Ayrivank the Monastery of the Cave) is included in the World Heritage Site. Due to the fact that the famous spear, with which the Roman soldier wounded Jesus, was kept here for 500 years, the monastery was called Geghardavank (the Monastery of the Spear). 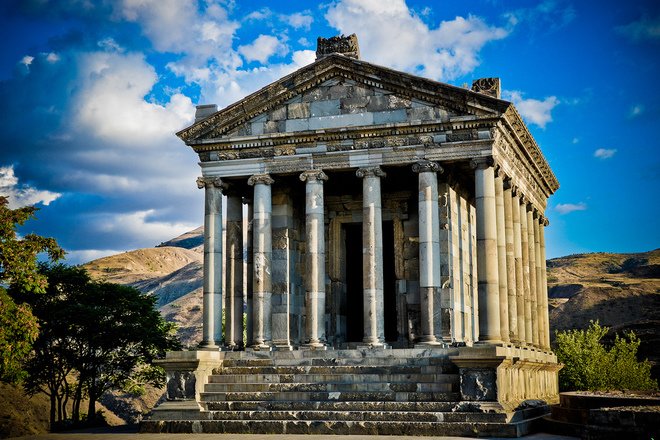 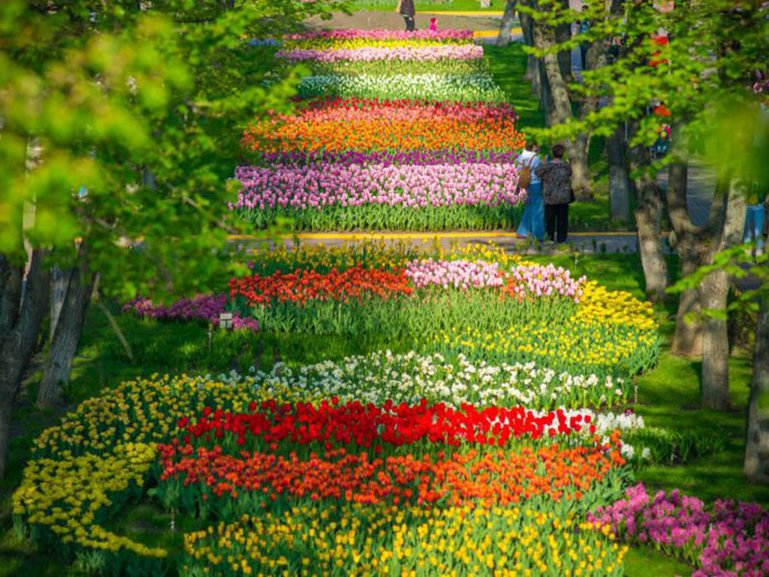 Dendropark is considered a resort place due to its nature and climatic conditions. It is a unique park, where a natural forest landscape has been reshaped into a Forest Park. It is home to a wide variety of trees: both native and acquired from other botanic gardens. The place is perfectly pleasant to stroll and enjoy the peaceful nature and breathe fresh air.
Then you will visit Hnevank, a unique monastic complex of the 6th century. The monastery is situated on a hill within a gorge, near where the Dzoraget and Gargar rivers join.
After, there will be a visit to medieval fortress Lori Berd. It is located on a peninsula along the deep gorge cut by the Dzoraget and Tashir rivers. A church and 2 bathrooms were preserved at Lori-Berd castle. Near the castle, in the lower part of the gorge, an arched bridge stretches over the Urut River. There are lots of cross sculptures on the left side of bridge, on the cliff. 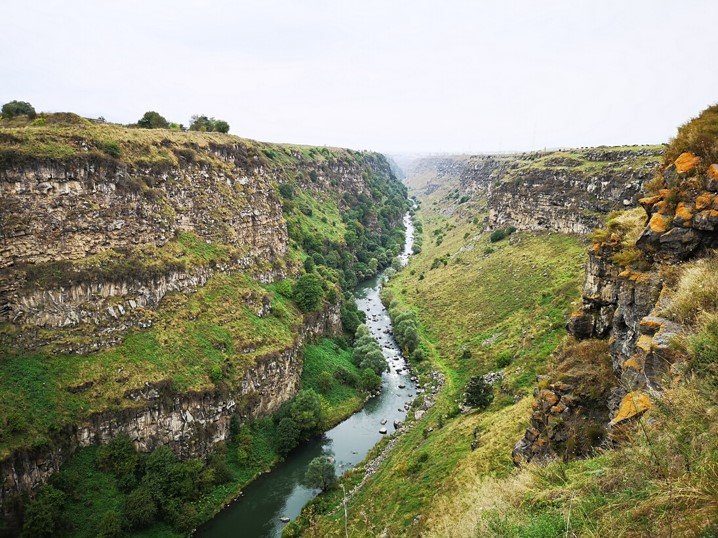 DAY 7: Transfer from the hotel to the Airport

Pay 15% now, the rest on the day of the trip
Strict cancellation policy

Arpi Travel is an incoming tour operator and travel company offering qualified tour services in Armenia․ We organize our tours in a manner which allows the travelers to have a direct, hands-on engagement in every activity while shaping a unique travel experience during their visit to Armenia․ We have a fantastic range of hotels in Armenia, with everything from cheap hotels to luxurious five-star accommodation available, that comply with all international standards. Our experienced tour guides provide an interesting rest in any languages․ We develop our products, skills, and abilities in collaboration with different stakeholders, o... Read more

This 3 day hiking tour to the Southern Armenia is a journey, which will take us to the IV century, when Armenia became the first country in the world to adopt Christianity. It will show us the heavenly gates of the Hells Canyon Armenia and will help to imagine how people used to live in caves until recently.