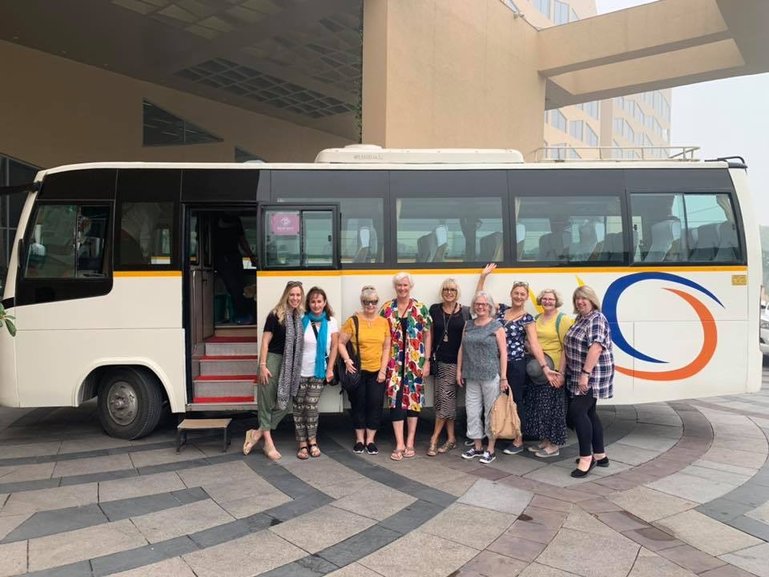 Group of girls we organised a tour in Delhi 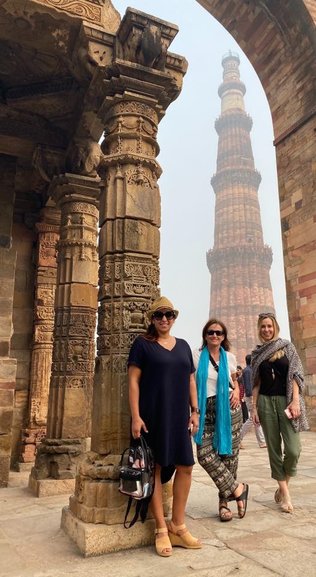 Girls enjoying the Qutub and other sights of Delhi city tour 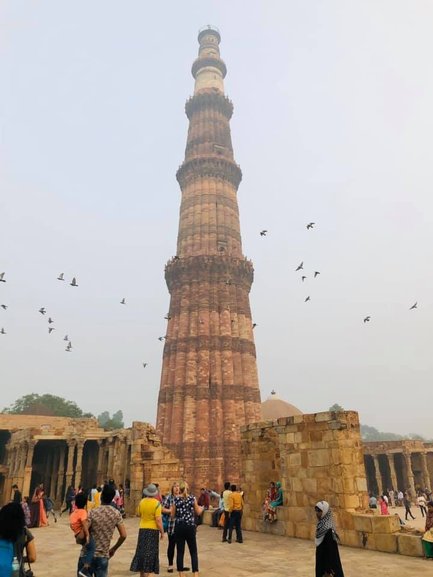 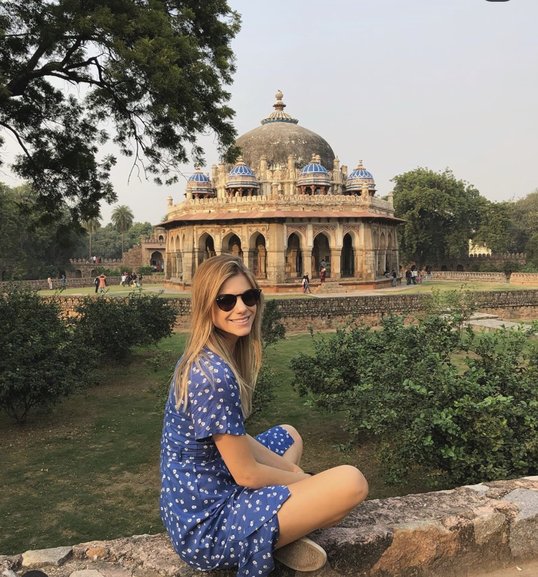 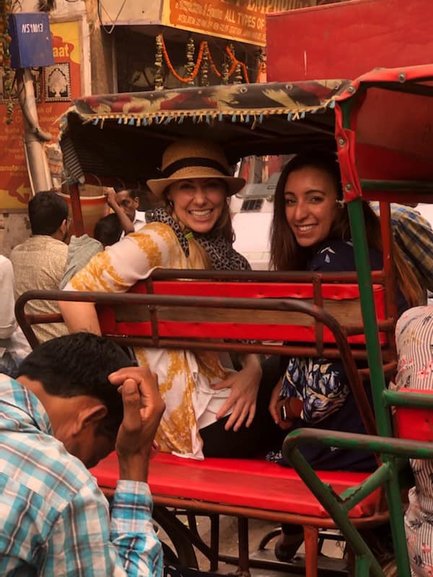 09:00 AMStart Delhi city tourThis is approximately an 8 Hour tour, Our Driver will come to pick you at 09:00 AM (recommeded Start Time) from the hotel in the morning. One the way you will meet your Tour Guide and he will assist in the sightseeing tour of Delhi.

Red Fort: Built by Mughal Emperor Shah Jahan. Entrance is prohibited inside the fort but you can explore it from the outside.
Chandni Chowk: This is one of the busiest and oldest street of Delhi, which famous for small ornaments and local culture, enjoy a rickshaw ride over here and explore the best of it.
Jama Masjid: The largest mosque in India, built by the 5th Mughal Emperor Shah Jahan in 1656
Before Proceeding to New Delhi monumnets, you will have lunch at the Restaurant.

Qutub Minar: Also known as the tallest brick minaret in the world, commissioned by Qutb al-Din Aibak, the founder of the Delhi Sultanate in 1199. It is also a UNESCO's world Heritage site.
Humayun Tomb: This is a tomb of Mughal Emperor Humayun and it was built by his son and one the most powerful Mughal Emperor "Akbar".
India Gate: India Gate is a memorial to the 82,000 soldiers of the undivided Indian army who died between 1914 and 1921 during World War One.
Lotus Temple: Also known as the Bahai House of Worship and it is designed in the shape of Lotus Flower.
Presidential Buildings: Enjoy a drive through the impressive diplomatic area, past Presidential House and the Parliament Buildings.
After Exploring Delhi you will be drop back to your hotel / at airport for your onward journey.

By 05:00 PM your Old and New Delhi Tour will end. Our Driver will drop you back to your hotel or Airport as per requested by you.

Tips to driver and guide, any hard or soft drinks while at the time of lunch

Available to book! This tour is all time available, Book Now or Anytime. We also accept last minute bookings.
Private Tour! - with Private Air Conditioned Car, no other guest will join.