We visit Fire Temple Ateshgah (literally Fire House) which is located in 30 kilometers from the center of Baku, in the south-eastern outskirts of the Absheron Peninsula. The temple was built over a pocket of natural gas that fuelled a vent providing an ‘eternal’ fire which zoroastrians used to worship. The Temple of Eternal Fire - Ateshgah - is an authentic Azerbaijani exotic. It is well-known practically all over the world. This territory is known for such unique natural phenomenon as burning natural gas outlets (underground gas coming onto surface contacts oxygen and lights up). The temple in its present state was constructed in the 17th-18th centuries. It was built by the Baku-based Hindu community related to Sikhs. However, the history of the Temple is even longer. From times immemorial this was the holy place of Zoroastrians- fire worshippers (approximately beginning of our era). They attributed mystical significance to the inextinguishable fire and came there to worship the relic. 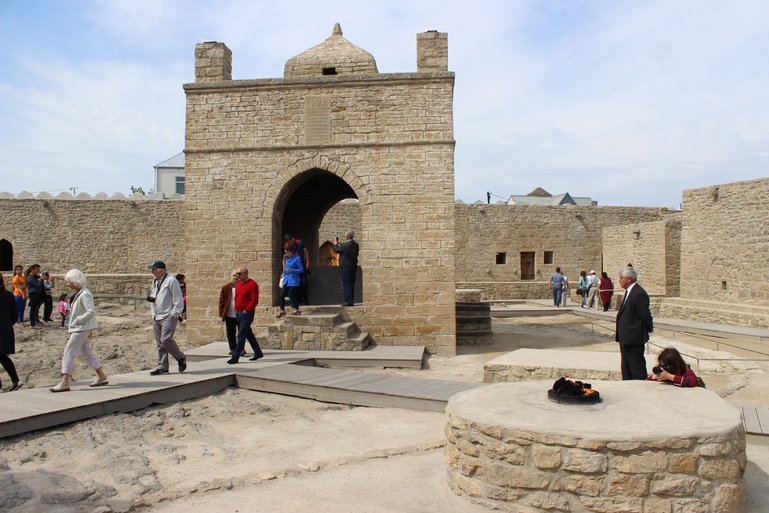 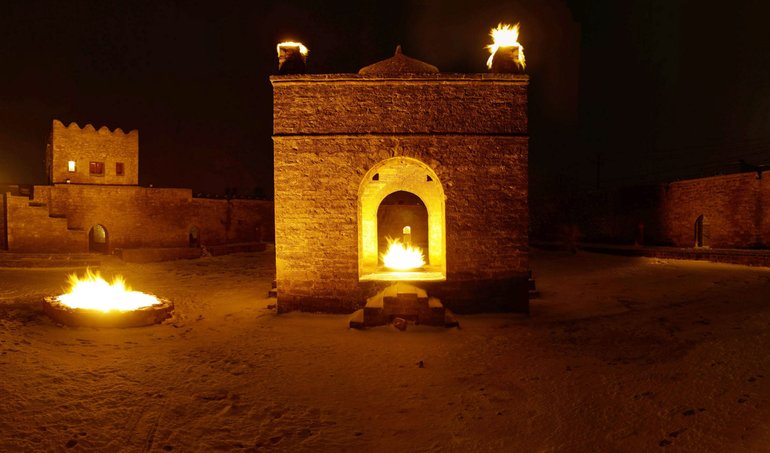 After The Fire temple, your next destination will be the Fire Mountain.One of the most famous and popular tourist places of the "eternal flame” in Azerbaijan is the mountain of Yanar Dag.This natural burning flame became as a result of the emergence of natural gas at the foot of the hill.Actually, it is rather a hill than a mountain, with natural gas burning on its slope from ancient times. Meter-long tongues of fire are licking the stratified earth approximately for 10 m in width, searing those who approached too close. People occupy the benches to watch the blazing hill in the evening, when the its sight is most effective.
Yanar Dag is located 25 km to the north from Baku, in Mehemmedi village. There are buses running to it from the city, so you can get there fairly cheap and easy. From the year 2007 Yanar Dag is declared a state-protected conservation area. 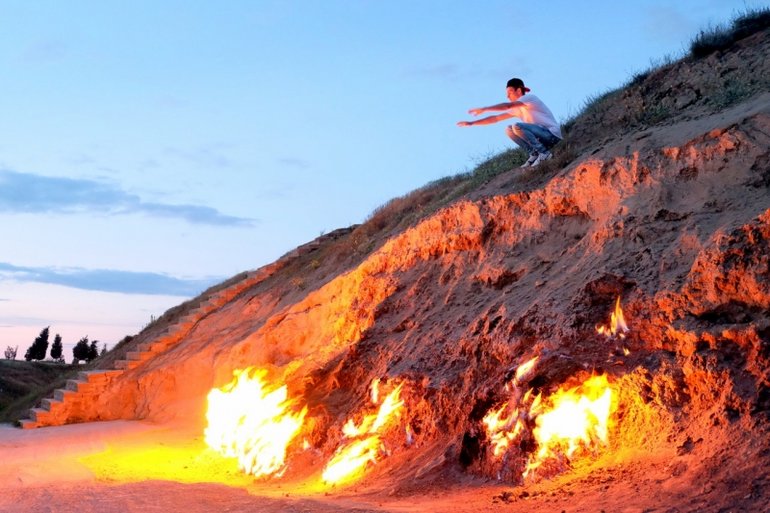 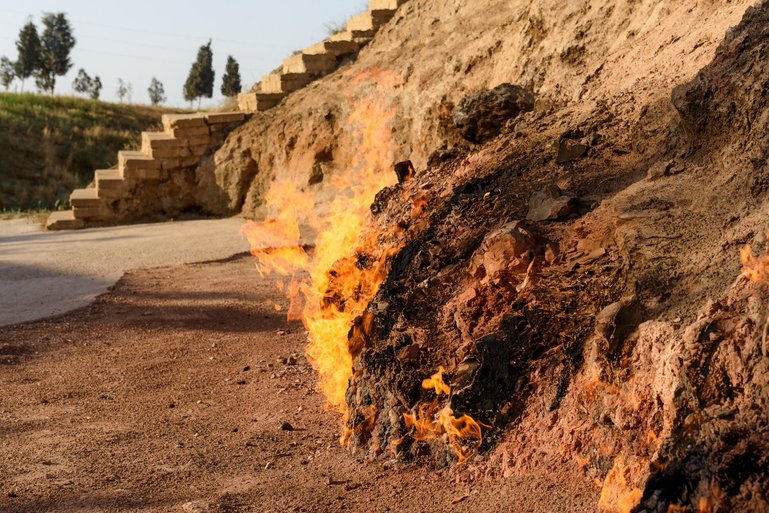 On the way back to hotel you will stop in Haydar Aliyev Cultural Center for the photos from outside. You can take a nice picture front of the "I LOVE BAKU" sign. The iconic Heydar Aliyev Cultural Centre was designed by Iraqi-British architect Zaha Hadid and is famous for its distinctive flowing, curved style that eschews sharp angles. As a brilliant piece of post-modern architecture, the building’s shape is an eternal cycle, connecting the past with the present. The building houses a conference hall, gallery halls, museums and more and seeks to unite people of diverse backgrounds in a place of shared ideas. The building won the London Design Museum award in 2014. 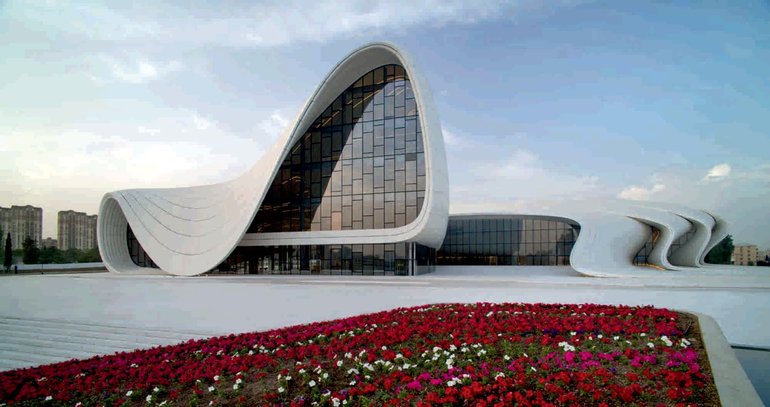 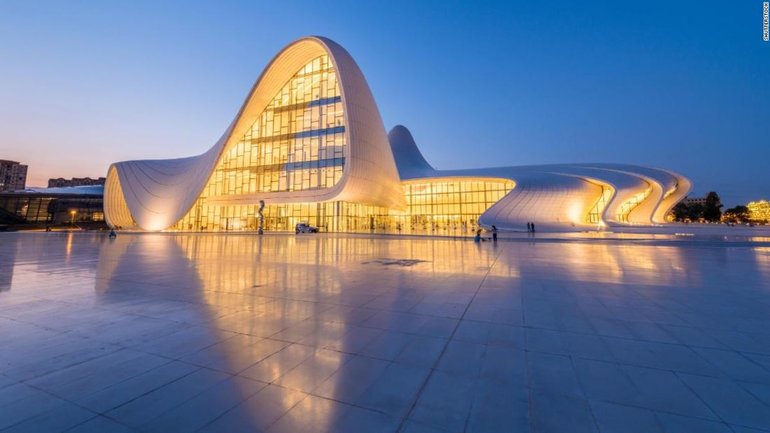 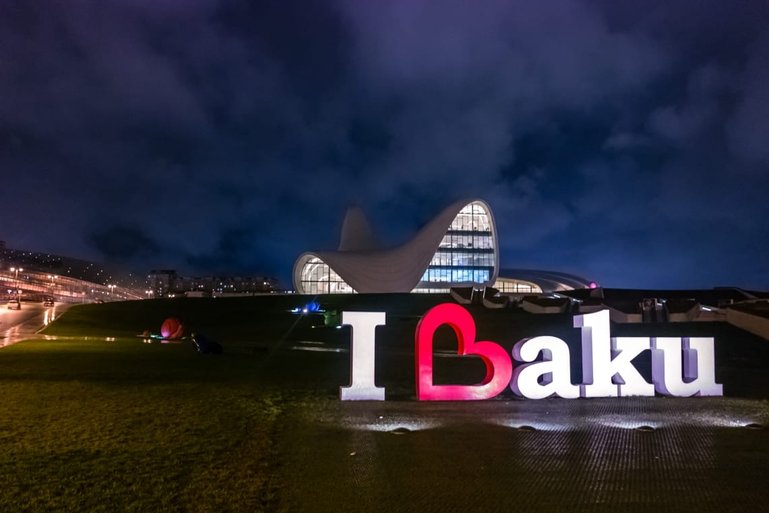 Lunch & Dinner, Entrance fees to museums are not included to the price

Gobustan geographical region is situated in the west-south of Baku. The meaning of the word «Gobustan» is derived from two words «gobu» -«ravine» and «stan»-«place», i.e. ravine area. Azerbaijan keeps the first place in the world for the number of Mud Volcanoes. About 350 of the 800 Mud Volcanoes of the World are to be found in Azerbaija