Koprivshtitsa is a small settlement, with typical Bulgarian architecture from 19th century, situated in a picturesque valley among the mountains in the central part of Bulgaria. It is a town with special spirit, now turned into a museum, where you can feel the unique atmosphere of the Revival Period in Bulgaria. Beautiful 19th century houses, homes of some of the most eminent Bulgarians – the writers Dimcho Debelyanov and Luben Karavelov, the rebels for freedom – Georgi Benkovski and Todor Kableshkov. Outstanding ethnographic treasures can be seen together with significant historical monuments: specific architecture, original furniture, old weapons, national costumes, traditional handcrafts, precious jewellery.

Starosel is mainly known for it’s abundance of ancient Neolithic and Thracian remains, some dating from 5th-6th millennium BC. In antiquity, it was an important and wealthy Thracian city in the 5th century BC, as evidenced by the excavations, made in the 20th century. The largest underground temple in the Balkans, along with a mausoleum, were found under the Chetinyova Mogila. The temple, as well as the nearby Thracian king’s residence under Mount Kozi Gramadi, were likely built during the reign of Amatokos II (359-351 BC).

In Starosel you can visit a popular wine cellar and try some of the best wine sorts from the Thracia region. 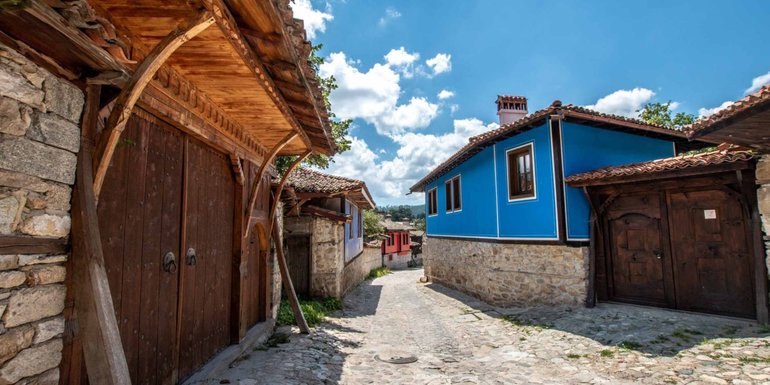 Tour of Koprivshtitsa and Starosel; transport with modern vehicle, Licensed English speaking guide, entrance fees in one of the houses – museums in Koprivshtitsa

Lunch, beverages, entrance fees to additional monuments in Koprivshtitsa, gratuities to the guide and the driver (optional)