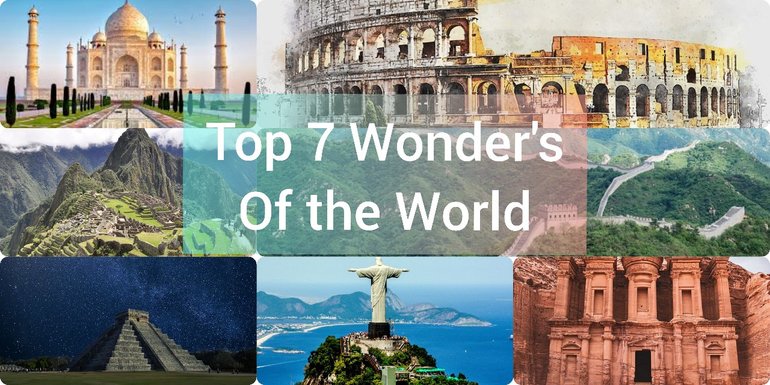 Top 7 Wonders of The World

Top 7 Wonders of the world explained !!!

Omg!... The wonders of the world, what a great sight and place to look at and visit on your next holiday as this should be apart of everyone travel bucklist soon.

This time around they have been 21 finalists that have been selected, however only 7 have claimed the title of top 7 Wonders of the world by getting over a million vote each, From worldwide voting system.
Wondering what they are?

Here they are in no numberic order !

Number 1: The Colosseum in Rome, Italy 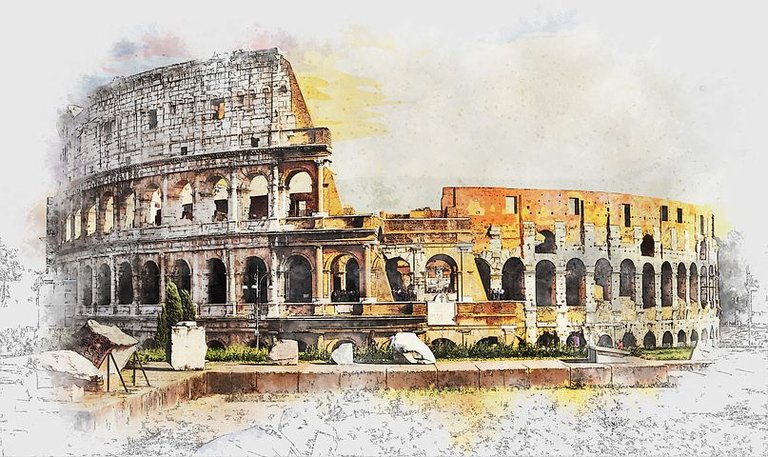 The Colosseum, is an oval amphitheatre in the centre of the city of Rome, Italy. Built of concrete and sand, it is the largest amphitheatre ever built.
This amazing building was build in the middle ages. The Colosseum could hold, it is estimated, between 50,000 and 80,000 spectators, having an average audience of some 65,000.

The Colosseum is surrounded by beautiful Roman statues.

The Colosseum opening times:
Is open daily from 08:30 AM to an hour before sunset through the year.
The Colosseum is closed on 1 January and 25 December.

Number 2 : The Great wall of China in Beijing, China 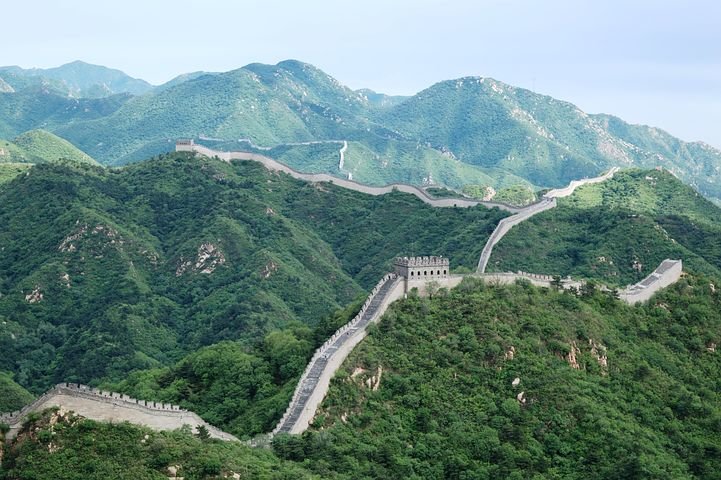 The Great Wall of China is made of stone, brick, tamped earth, wood, and other materials, generally built along an east-to-west line across the historical northern borders of China to protect the Chinese states and empires against the raids and invasions of the various enemies.

Several walls were being built as early as the 7th century BC and then later joined together and made bigger and stronger, these are now collectively referred to as the Great Wall.
Many studies have been conducted on this walls, and in one of the it concluded that the the great wall of china is roughly about 21,196 km.

The Mutianyu section entry fee is roughly 20 to 40 Rmb. Dont forget that shuttle and cable cab ride are at addition charge. 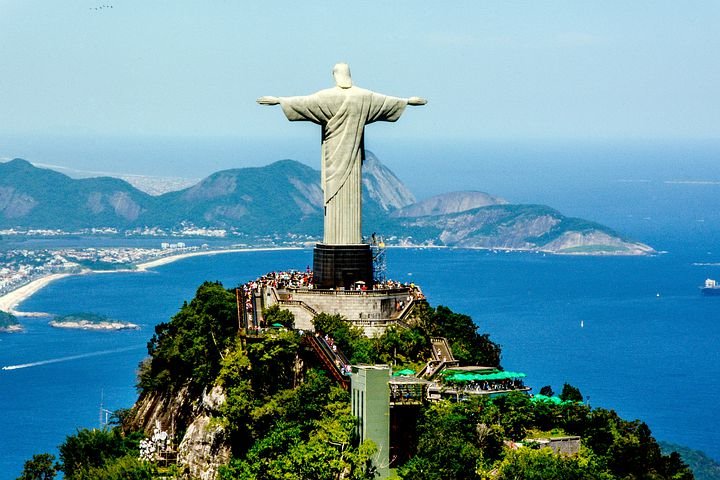 The christ the Redeemer

Christ the Redeemer is a statue of Jesus Christ in Rio de Janeiro, Brazil. This statue is 30 metres (98 ft) tall, not including its 8-metre (26 ft) pedestal, and its arms stretch 28 metres (92 ft) wide.

There are three ways to get up to the Christ the Redeemer statue – by van, by train, or hike your way up.

Christ the Redeemer Ticket Price (Hiking):
Ticket price for Hiking up & back is roughly R$24 in the high season and R$12 in the low season. 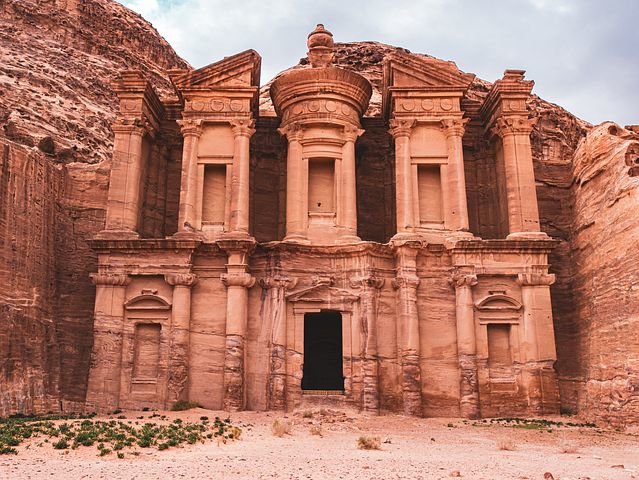 This city is famous for its rock-cut architecture and water conduit system. Another name for Petra is the Rose City due to the color of the stone out of which it is carved. These carved rock could have been established as early as 312BC.
Another great tourist attraction located nearby this city of Petra is the Dead Sea.

Petra's opening times:
Daily basis from 6am to 6pm during the summer and 6am to 4pm in the winter.

Petra's Ticket prices:
Depending but roughly 50 to 90 Jordanian Dinars. 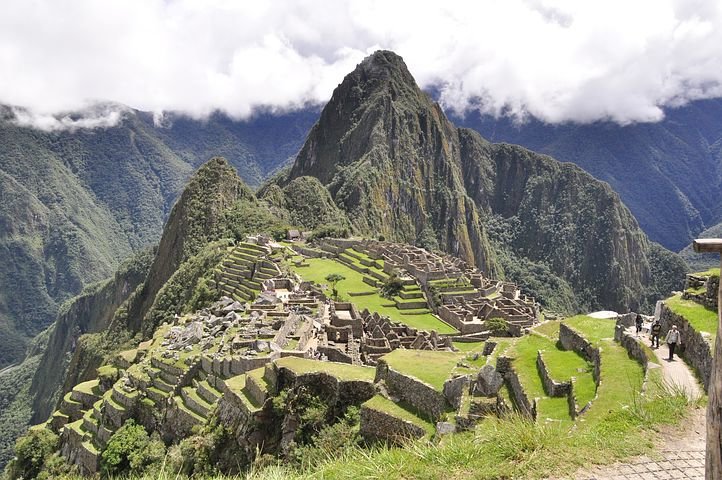 This historical landmark was built around the 15th-century in Inca citadel situated on a mountain ridge 2,430 metres (7,970 ft) above sea level.

Machu Picchu was built in the classical Inca style, with polished dry-stone walls.

Its three primary structures are the Inti Watana, the Temple of the Sun, and the Room of the Three Windows.

Machu Picchu can be attends every day of the year including Sundays and holidays.
Morning shift: from 6 am to 12 pm
Afternoon shift: from 12 pm to 5.30 pm 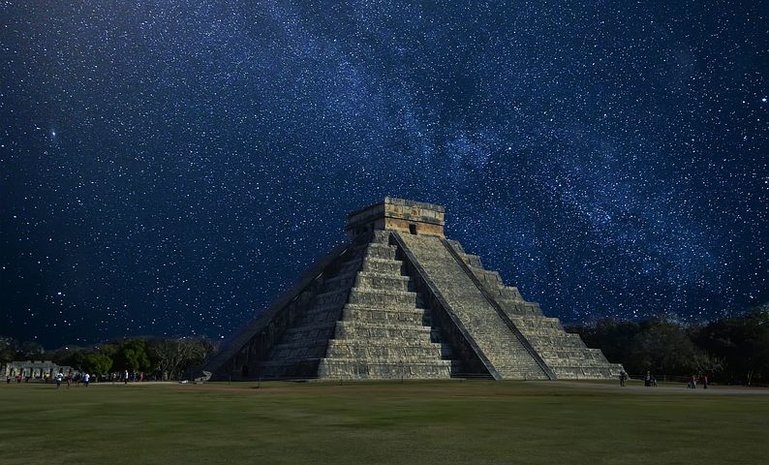 Chichen Itza is a step-pyramid that dominates the center of the Chichen Itza archaeological site in the Mexican state of Yucatán. Built sometime between the 9th and 12th centuries.

Each of the pyramid's four sides has 91 steps which, when added together and including the temple platform on top as the final “step”, produces a total of 365 steps (which is equal to the number of days of the Haab'year). 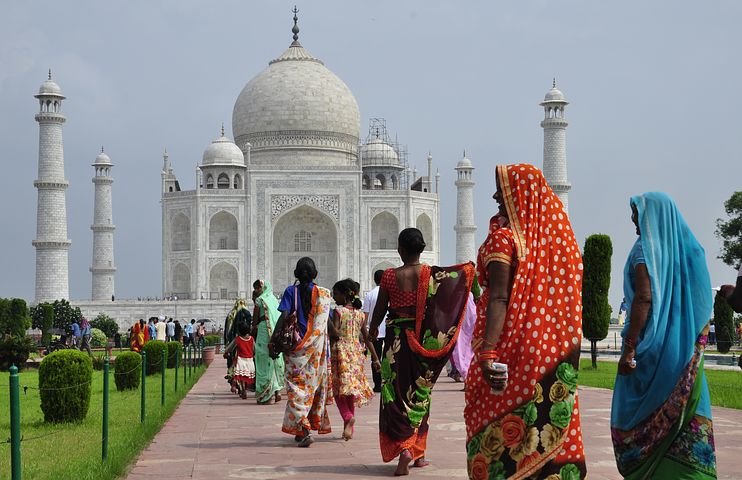 This ivory white marble palace is located is the city of Agra. The emperor build this palace to house the tomb of his favorite wife, Mumtaz Mahal.

The tomb is the centrepiece of a 42-acre complex, which includes a mosque and a guest house, and is set in formal gardens bounded on three sides by a crenellated wall.

Hope that you have enjoyed this article and it has made some beneficial insight into your next trip.

Thank you for viewing my blog post 🙂
Traveller's Wish👍👍👍 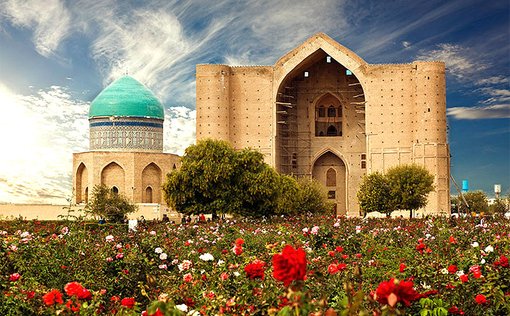 My Mausoleum in Turkistan City 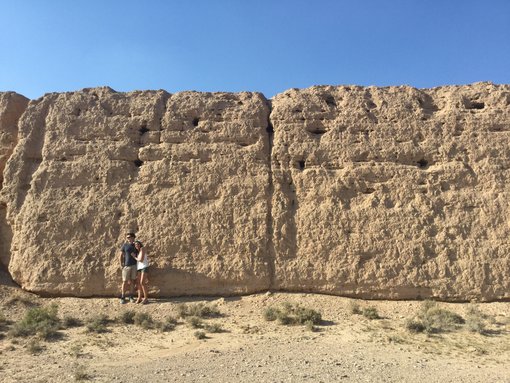