Travelling on a motorcycle for days, months or even years is a life-changing experience. Many people had successful attempts to break world records covering the crazy amount of land on their machines and received recognition across the planet (or not at all!). Whatever is the reason which pushed them to go on an adventure – a heartbreak, divorce, a purpose to help in remote locations or just a sense that they don’t fit into classic roles in the society – they did it and shared their story in a book.

Discover the most inspiring travellers and their books. Each story is different and very personal. Daily struggles, machines breaking down, amazing people authors have met on the road and unique places they have seen – all paint a beautiful picture of the way of travel, that is as rewarding as is challenging.

If you’re getting ready for your next overland travel excursion, I recommend picking up one of those books to get inspired and forget yourself in the sense of unknown.

Zen and the Art of Motorcycle Maintenance – Robert Pirsig

A fictionalized autobiography of Robert Pirsig, exploring the philosophical discussions with his travel companions – his son and a couple. There are many topics referring to Pirsig’s past, narrated as conversations loosely based on the dialogues of Plato and Socrates. Surely an ambitious piece of writing to accompany you on cozy evenings.

If you wondering, what would happen if you sold everything except your motorcycle and a few minimum essentials to travel beyond your dreams – Helge tells his story about exactly that. Without anything left behind to look forward to coming back to – the travel just kept on going for 10 years. The trip totaled to 250,000 miles and countless adventures, hardships, discoveries and life-changing stories.

Another classic position in motorcycle adventure literature. What is really special is time – pre-war, Robert decided to take his Twin Douglas motorcycle on a legendary adventure. Eighteen months of exploring done by a truly unique persona. Robert Edison Fulton was not only a savvy explorer, but also an aviation-related inventor and photographer. The reason igniting the idea of this trip was to study architecture around the world. He has also filmed this accomplishment and in 1983 produced an hour and a half film with original footage from his brave escapade. ‘Twice Upon a Caravan’ and if you really want to see it, you can get the access for $25 if you email Rawn Fulton (rfulton@searchlightfilms.com), who has been involved in the production. To comprehend such a purchase, bear in mind that you will be able to see the pre-WWII world, untouched by modern technology – an adventure we won’t be able to replicate!

We all know Che Guevara for his revolutionary accomplishments and later becoming a part of pop-culture. This is a story of a young medical student, aspiring to be a doctor, going on an adventure to help people. He has a companion on the trip, his friend Alberto. They travel on one motorcycle through South America. Young Ernesto discovers the purpose of his life by being exposed to challenges faced by people in Latin America.

The most classic of all – a story of a four-year-long adventure of the circumnavigation of the planet. This book has been praised many times and is a best seller from the first publication in 1979. Ted Simon has written many more motorcycle travel books, but this one is a staple on every aspiring motorcyclist bookshelf.

Lone Rider: The First British Woman to Motorcycle Around the World – Elspeth Beard

I find this story one of the most inspiring not only because it has been a secret for nearly 33 years, but also it was a solo female journey. There seem to be not many stories told by females, and Elspeth is standing out with her adventurous spirit. Also, worldwide recognition was not the main reason she went on a journey – as you can tell she was not in a rush to cash on her story. If you would like to know more about Elspeth and her amazing travel story, go on her website.

This is a story of a middle-age crisis healing by wandering around Europe, rethinking life decisions and trying to find a deeper story behind it. Having prolonged periods of time to think, motorcycle travelling is a great opportunity for deep conversations with oneself. Mike decided to leave London, rent out his flat and explore Europe for 6 months, trying to find a purpose and meaning of life. Very inspiring.

‘Long way round’ is a TV series you can watch and a book to read – so why not do both? Featuring Ewan McGregor and his friend Charley Boorman decided to go on an overland trip from London to New York. Shipping the bike from the west side of Europe would be too easy, so they decided to head east and cover the ground across Europe to Ukraine, through Kazachstan, Mongolia, Russia and hop across Bering Strait to Alaska and see some of Canada before entering to the United States. It was a very challenging trip involving motorcycles breakdowns, injuries and various unfortunate events. The trip was a test of their friendship, strength and changed their lives forever by fulfilling a crazy dream.

Whichever reason authors have picked to set off for their road trip, it was always life-changing and made them look inside their minds, disconnect from a normal, daily life struggles and grow as people. Motorcycle travel is definitely mesmerizing in many ways and an interesting way to explore not only what’s around you, but also what sits within you.
Keep exploring. 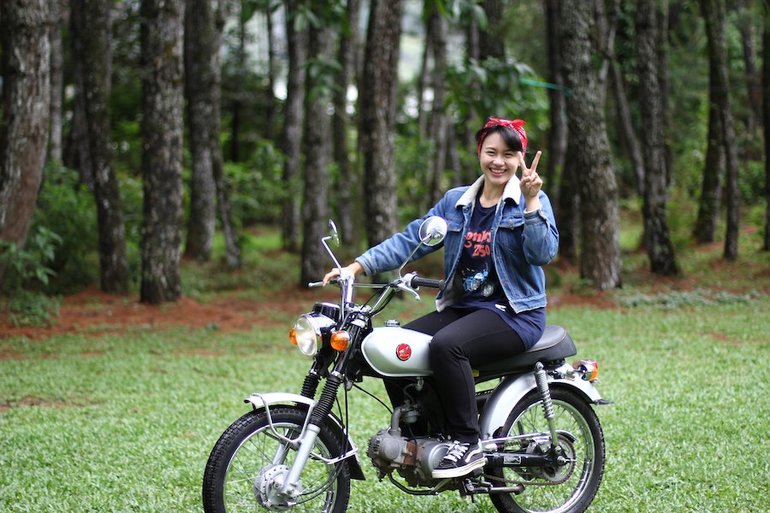 Heyyo! We are Lions Detour. A travelling couple - Marta and Mandell - passionate about exploring the world, motorcycle adventures and crazy about each other. We are proud of our hard work of showing you a different approach to discovering new places. Go on a lion adventure with us. Don't be a sheep. 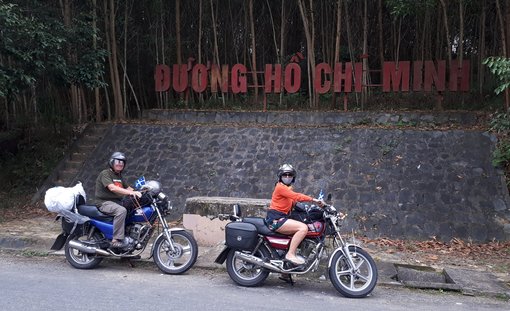 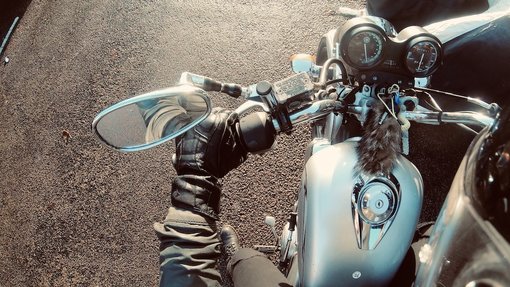 Tips For Your First Motorcycle Adventure