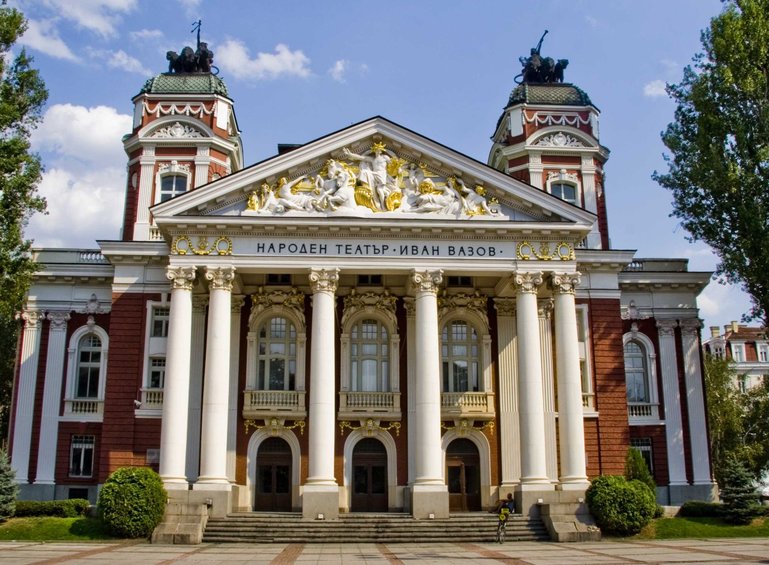 With this guided tour you will have the chance to see and get to know the history behind Sofia`s historical landmarks located in the centre. The capital of Bulgaria has preserved heritage from different cultures and epochs- Roman, Early Christian. Ottoman, Bulgarian, Soviet. You will walk by all of the important buildings while your guide is telling you their stories.

The most popular sights are Alexander Nevsky Cathedral, the second biggest on the Balkans, Saint George Rotunda- the oldest church in the town, dating back to the 4th century and Saint Sofia Basilica- the medieval symbol of Serdica, built in the 6th century.
Other interesting places that will be seen are the Parliament, National Theater "Ivan Vazov"- one of the most beautiful buildings in the town, the former Royal Palace, the administration of the President, the mineral springs.

This tour will also give you the chance to taste typical Bulgarian breakfast called banitsa (pastry delight, prepared from dough and cheese) and ayran (salty yoghurt drink). It is a well know and very popular breakfast in Bulgaria. You will also have a local desert depending on the seasons.
The guided tour is about two hours, the stop for the breakfast is done in the middle of the tour.
The starting time is 9am or 10am. The meeting point for the tour is in front of Alexander Nevsky Cathedral.

Please wear comfortable walking shoes.
The meeting point for the tour is in front of Alexander Nevsky Cathedral. The tour ends at the beginning of the main walking street - Vitosha.

Discover the history of Sofia and try some of the traditional local foods!