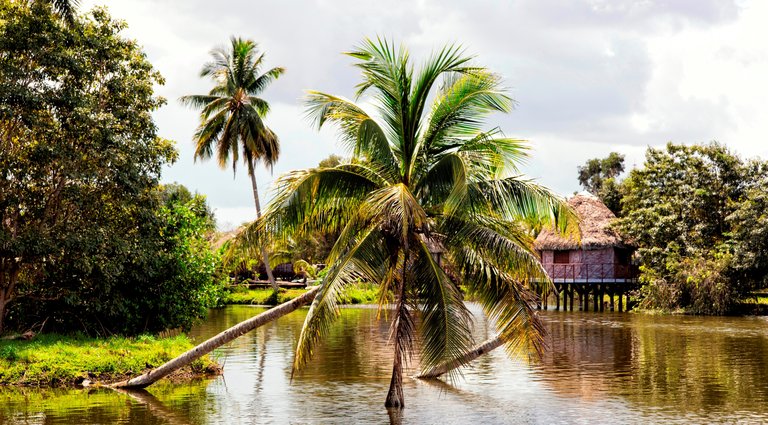 Tour by car from Nuevo Vedado to Montemar Park declared by Unesco Biosphere Reserve and also declared Ramsar Site. This is the largest of the nature tourist parks of Cuba and is located in the Zapata Peninsula, south of the province of Matanzas and constitutes an important tourist region that brings together natural values of flora, terrestrial and aquatic fauna unique in the Caribbean. The Cienaga de Zapata is part of this park, which constitutes the largest wetland in the insular Caribbean. 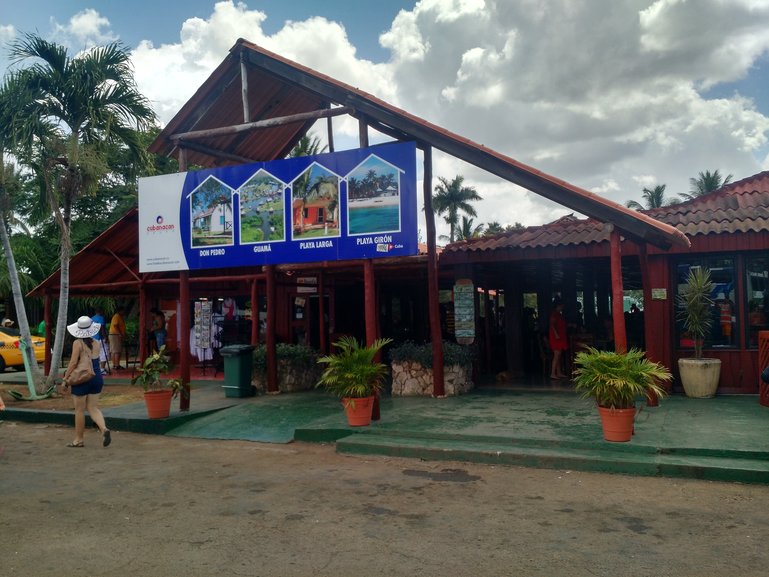 18 km from kilometer 142 of the national highway and before entering the Zapata Peninsula we will arrive at La Boca de Guamá which is a tourist attraction located halfway between Jagüey Grande and the Bay of Pigs. The name comes from the Taíno chief Guamá and is formed by several scenarios where to carry out different activities. Among others, you can visit Villa Guamá, Laguna del Tesoro, the Crocodile Farm, also has several restaurants, snack bars and gift shops 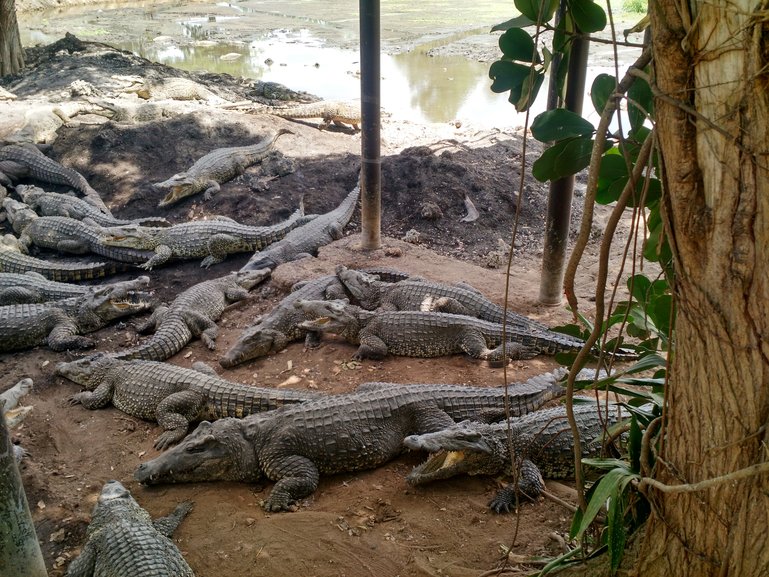 Crocodile farm in Cuba with more than 4000 crocodiles

We will start visiting the largest crocodile farm in Cuba with more than 4000 crocodiles, you can visit all the facilities where the crocodiles live, touch them and photograph them, until you see births and share a few minutes with these animals just born, which delight children and of adults. 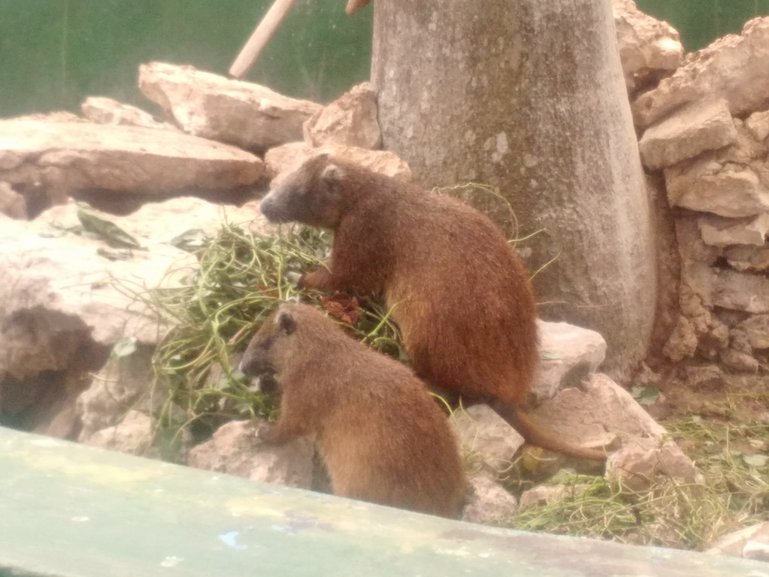 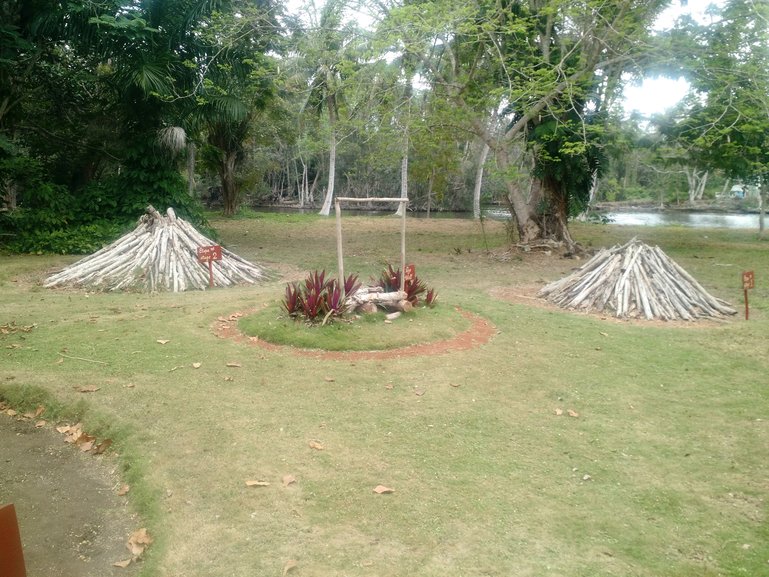 In this park and crocodile farm, you will see replicas that show the process that the natives of the area use in the hard art of producing charcoal which requires a lot of dedication and effort. 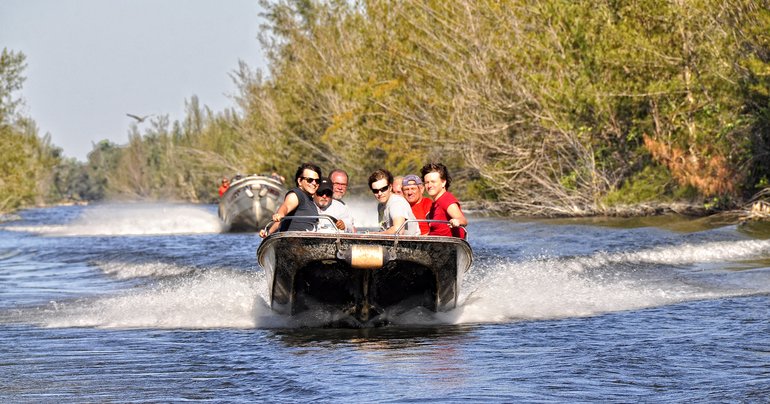 Then we will board a speedboat and make a journey of about 20 minutes through the mythical treasure lagoon, which is a beautiful natural lake of 9.0 km2 of area and 4 m of average depth, surrounded by virgin vegetation, with crystalline waters and impressive nature It offers a beautiful framework for contemplative tourism. 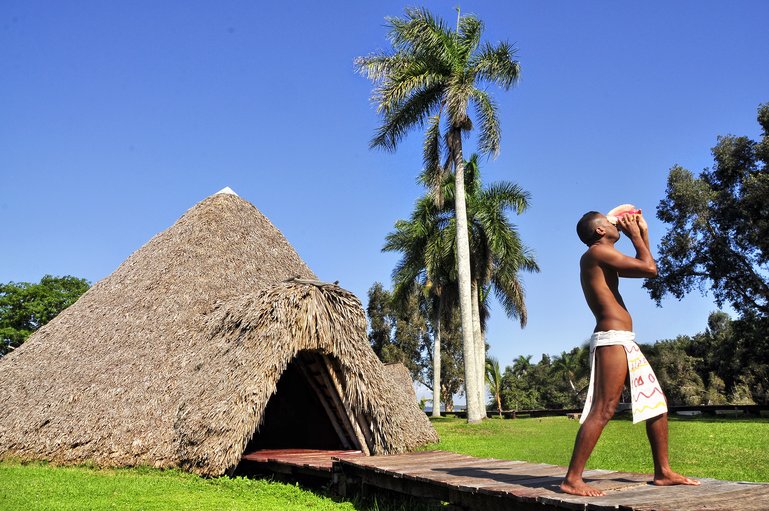 After touring a canal surrounded by thick and green vegetation, we will arrive at the Taino Village which is a recreation of a village of the most advanced indigenous culture of pre-Columbian Cuba (la taína), in that village you will find 32 sculptures life-size made by the famous Cuban sculpture Rita Longa, which represent the aborigines performing the various daily activities of their culture (fishing, hunting, housework). It is a special show Hotel Villa Guama nestled on the Lagoon, it is an image that seems to have emerged from a postcard, with its cabins and bridges.

We will board the speedboats again to return to the mouth and continue our tour by car. We will go 11 km south to reach Playa Larga in the famous Bay of Pigs. Playa Larga is the typical picture of the Cuban Caribbean: calm and clean waters, white sand, palm trees and the exotic vegetable mantle that covers the surrounding areas. However, some elements endow this beach with its own identity: the Laguna de las Salinas, where birds take refuge from the harshness of winter, and a fantastic coral reef that surrounds the bay and is distinguished from the others by the presence of the huge Lady shark that swims in its waters. It is not dangerous, and you can touch it if you wish. You will enjoy a relaxing afternoon in one of the most paradisiacal and Caribbean beaches of Cuba in Playa Larga

Guide, payment at the entrance of the facilities, meals and drinks

It is the client's choice to enter each of the facilities and must pay for the entrance to them and for the services they receive within them.