We will make a journey of about 300 km by car back and forth along the north coast of Cuba. It will start in Nuevo Vedado, Havana, going to Varadero beach, but before arriving, we' ll stop at the viewpoint over the Bacunayagua bridge to admire the majestic Bridge and enjoy the spectacular views of the Yurumí river valley, we will descend to the Saturn Caves to swim and dive in its cold waters and then we will continue our trip to relax in the warm waters of Varadero beach. 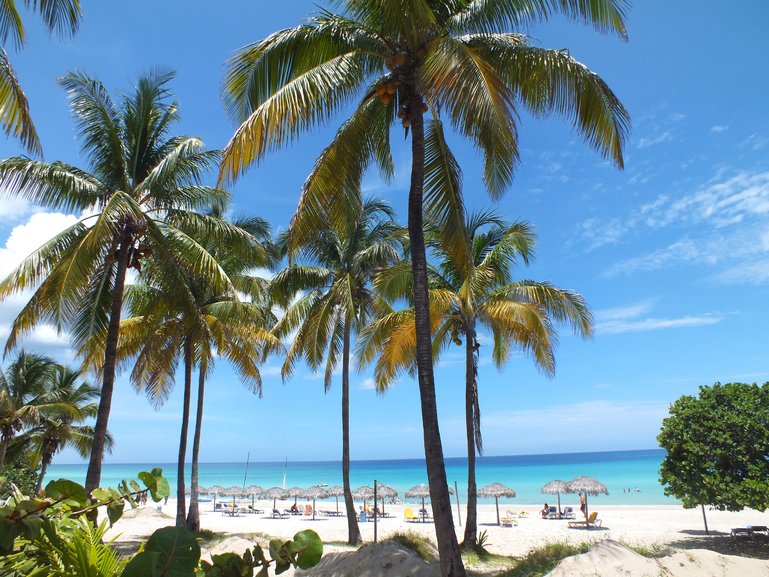 During our trip, we' ll see and pass through the 8 km of the Malecon of Havana and you can see notable examples of military architecture in the main fortresses that defended Havana, such as the Fort of Santa Dorotea de Luna de la Chorrera and the tower of San Lázaro, El Castillo de San Salvador de la Punta, the castle of the three kings of Morro and the fortress of La Cabaña, the last one is the largest in Cuba and America, You can also admire squares and monuments such as the José Martí anti-imperialist Square or as it' s called Mount of Flags which is located in front of the brutalist architecture building occupied by the Embassy of the United States of America. 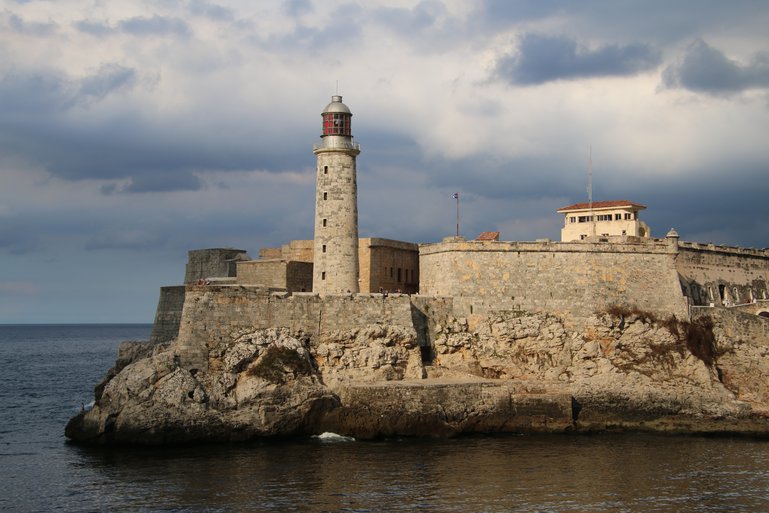 We will find other buildings of diverse architectural styles, of singular beauty and history such as the Caryatids building or the coffins building or the Meliá Cohíba, Riviera, Deauville hotels and the Dean of Cuba hotels, the National hotel which ese declared by UNESCO as a National Monument and Memory of the World. We will also find two of the most recent examples of high-standard hotel architecture in Cuba, the Iberostar Gran Hotel Packard and the Prado and Malecon Hotel. 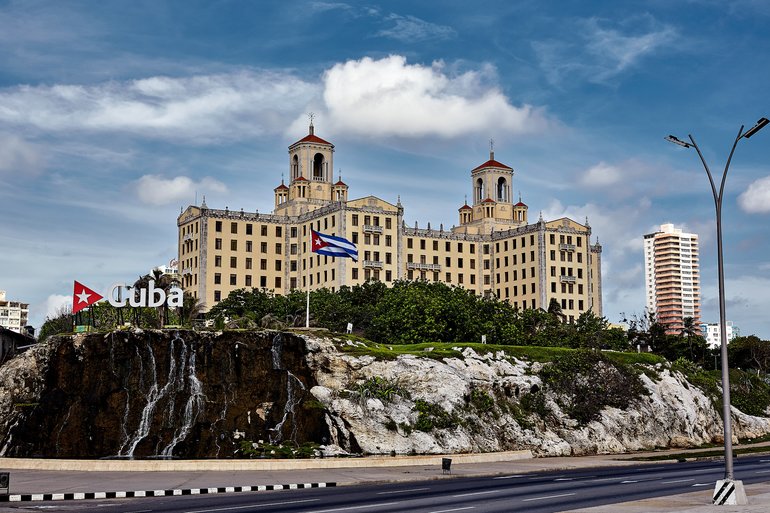 On the boardwalk we will find the monuments that were erected in honor of the sailors who died in the explosion of the Maine American battleship and also those of the two main military leaders who fought for the independence of Cuba General Antonio Maceo and the Generalissimo Máximo Gomez and the monument to one of the forerunners of the independence of America Generalissimo Francisco de Miranda, on the esplanade of La Punta. 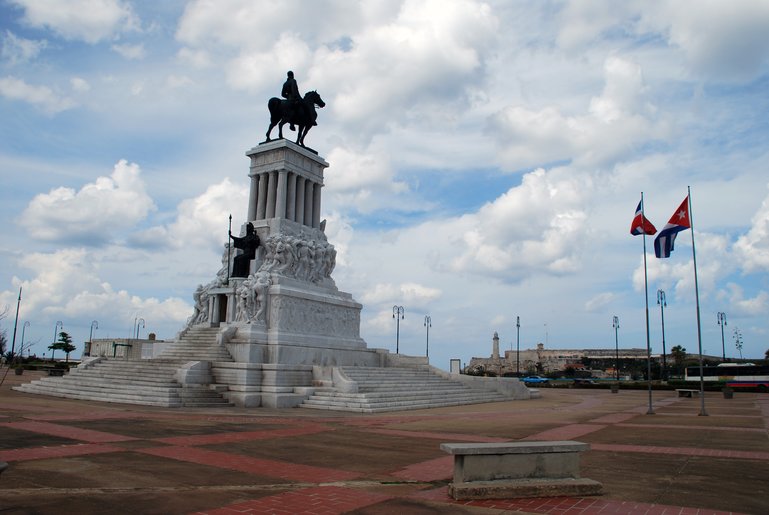 At the end of our tour along El Malecón we will cross the bay of Havana through the tunnel of the same name. This tunnel is a beautiful and colossal road engineering work built under the entrance channel of the Bay of the Capital of Cuba, which connects the historic center of the city with its eastern portion of the city, is 733 m long and is located at a depth of 15 meters and it is one of the wonders of Cuban engineering. 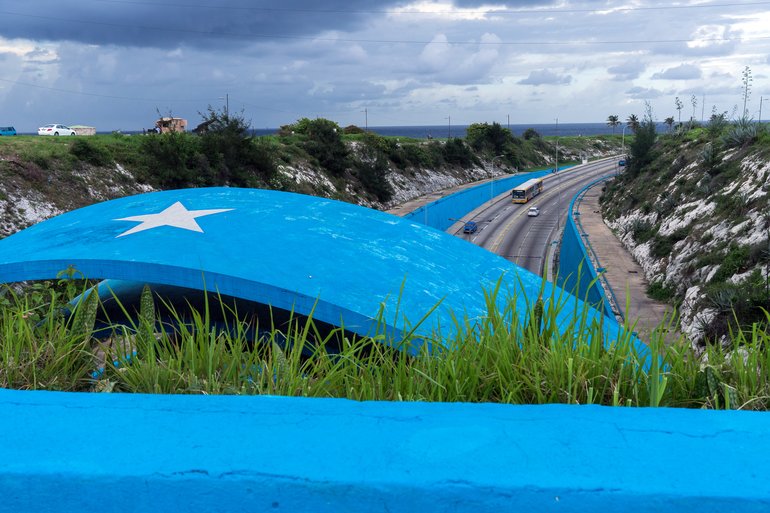 Upon leaving the tunnel we enter the Vía Blanca to make a splendid tourist walk from Havana to Varadero. The white road is an express highway that takes its name because most of its route is winding the north coast and gives access to the white sand beaches north of the island. It offers beautiful panoramic views over the beaches of eastern Havana, the heights of Habana-Matanzas, the oil fields of Boca de Jaruco and the Yurumí Valley. 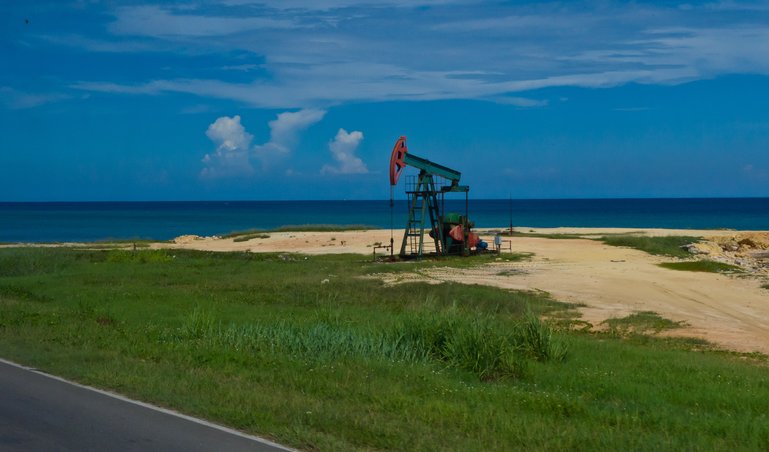 In the Yurumí Valley and on the Bacunayagua River we will find a bridge of the same name that will be the second wonder of Cuban engineering with a total extension of more than 313.5 meters, with an extension of the arch of 114 meters and at a height of 103.5 meters above sea level and a width of 16 meters. Here we will stop at a beautiful viewpoint where we can admire this beautiful bridge, to the south of the bridge you can see the lush Yumurí Valley, to the north the bed and the mouth of what must have been in previous times a mighty river and a little farther the sea.

Many travelers when crossing this impressive bridge are surprised by the image of the birds that fly even at levels below those of the vehicles, while the majestic figures of the royal palms, queens of the Cuban fields are presented to their travelers as tiny shrubbery. 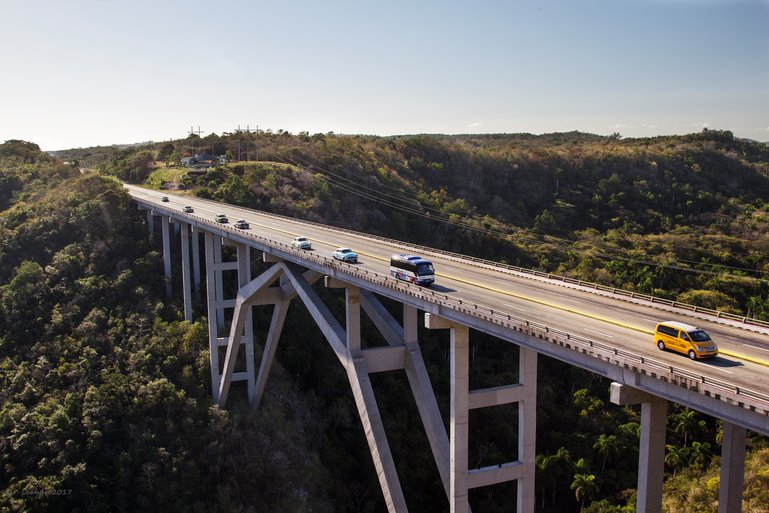 Later we will continue towards the City of Matanzas known as the Athens of Cuba, where we will take a tour of the viaduct, built on the sea and at the mouth of the San Juan river. We will cross this promenade that borders the beautiful bay of this city and continuing our path to the east, we cross the bridge over the Canimar River and the University of Matanzas. To continue our path along the white road until we reach the town of dearboneras where we will leave the white road to take the road that leads us to the Saturn Cave. 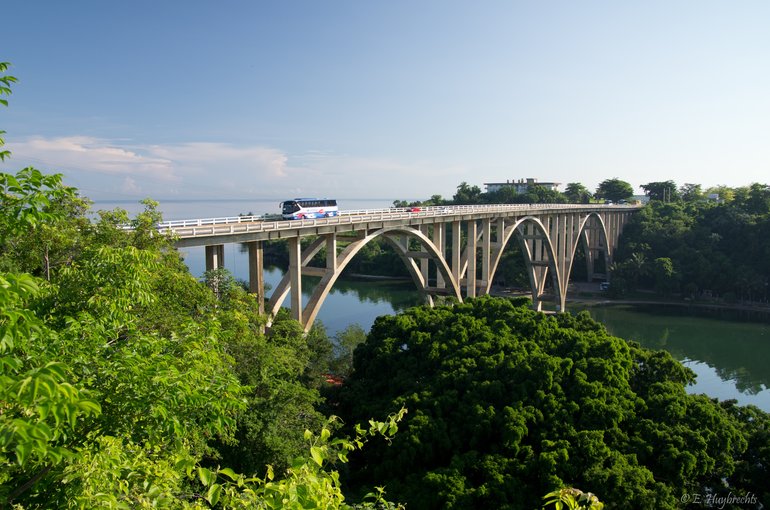 Bridge over the Canimar River

We will visit the Saturn Cave, which is one of the most spectacular sites in Cuban geography, is about 20 meters deep and it is full of stalactites and stalagmites. It has a lake 18 meters deep with such crystalline waters that allow you to observe its bottom, that makes it an authentic natural pool, where you can enjoy a refreshing swim or the practice of diving. 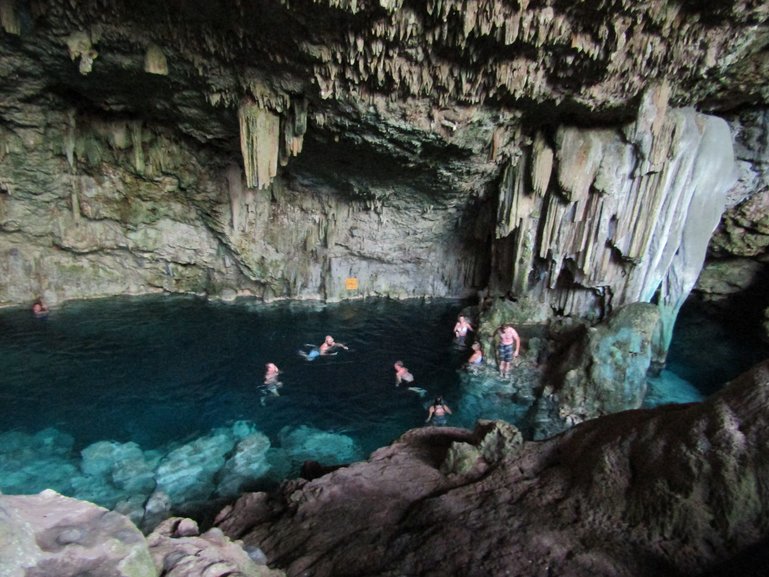 You will be able to enjoy landscapes with a rich diversity and you will be captivated by its white and fine sands, you can relax, swim and dive in its delicate blue waters, warm and transparent all year round, being able to move away tens of meters from the shore without the sea covering them completely. 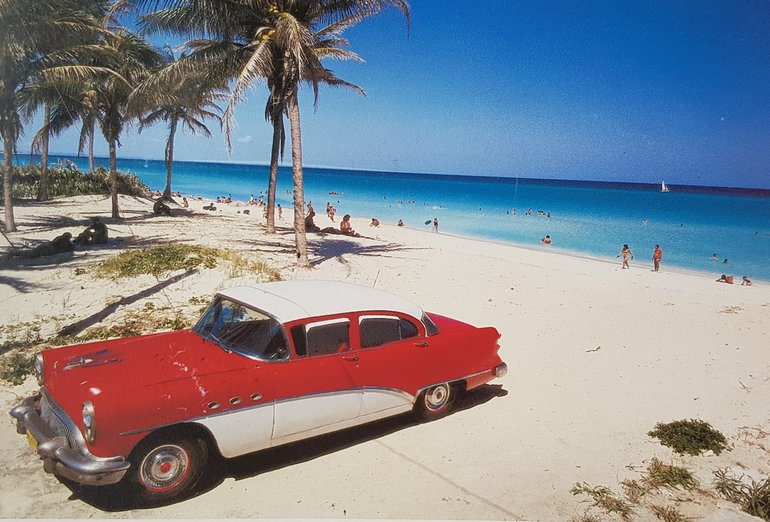 After enjoying these natural beauties of Cuba, relaxed and happy in the afternoon we Will return to Havana.

Guide, payment at the entrance of the facilities, meals and drinks

It is the client's choice to enter each of the facilities and must pay for the entrance to them and for the services they receive within them.