Plovdiv, the second biggest city of Bulgaria, is considered to be one of the oldest settlements of Europe, with more than 7000 years of history. The three hills on which Plovdiv’s old town stands were settled by Thracian’s in the 5th millennium BC. The city is home of the fabulous remains of the Ancient Roman Empire – the Roman Stadium, Roman Forum and the Amphitheatre. The Old Town of Plovdiv is proclaimed an architectural open air museum. The tour offers visit to some of the main landmarks of Bulgaria from Thracian times, through the Roman Empire period, the national revival, till the modern age. You will have the chance to see the Ancient Roman Theater with its impressive marble amphitheater, set in the hillside overlooking the city and the Rhodope Mountain. You will see also the Roman Stadium, the Forum and at the end of the tour you will continue to the main pedestrian street full with shops and coffees. 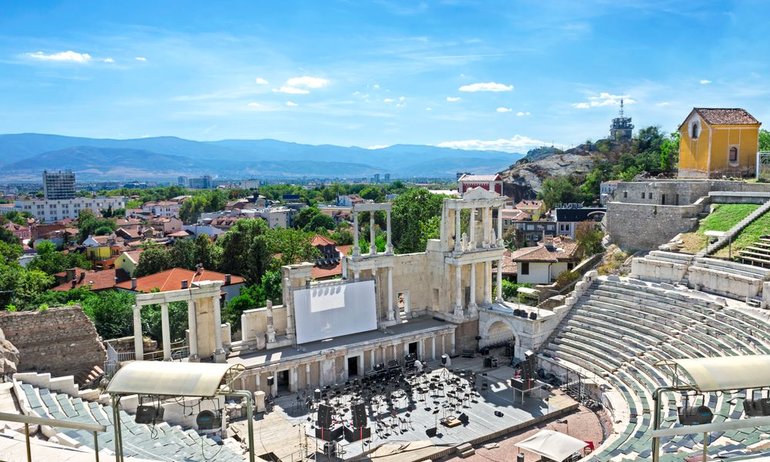 Gratuities to the driver and guide (optional)