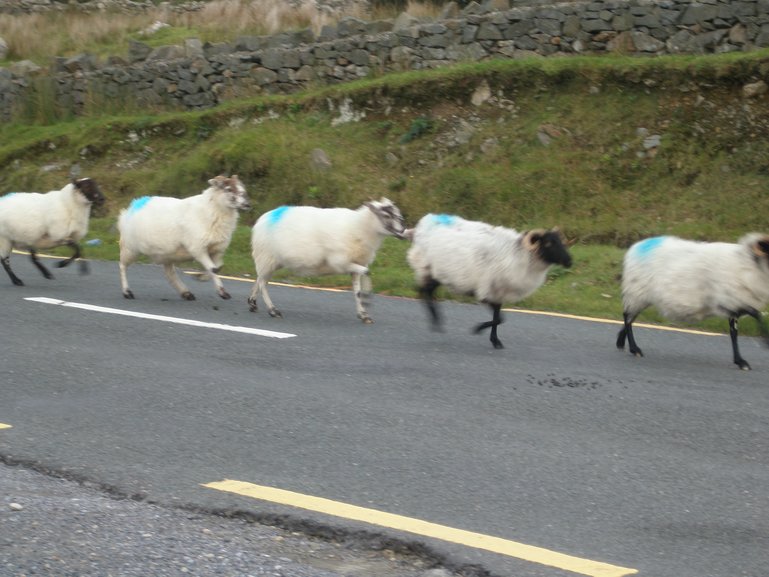 And always beware of animals, cyclists and walkers!

Ireland is a small country, and yet, it takes ages to get from A to B. Why? First of all, many of the roads are small and winding, sometimes even so narrow that you need to negotiate with the vehicle coming against you who is going first. So 50 km on secondary roads can take a while and definitely much longer than the same distance on motorways or National roads. Then, if you are curious and want to really explore corners, ancients monuments, roads down to the sea that are hardly visible on the map, it takes time. It even takes time to stop and take pictures from the road - there are so many photo opps!

So this is the first tip: Allow for time! And don't be afraid to go on small roads, they can lead to the best hidden treasures.

Second tip if you are thinking of renting a car: Don't go for the biggest and widest SUV you can find just because you're used to one. Take a slim, smaller car, and your nerves will be thanking you later. See above.

A good practice is to let the cars behind you overtake by pulling into the left wherever it is safe - and signal well in advance! Chances are that the cars behind you are not on holidays and have to be somewhere but can't overtake, so it is safest to just let them pass. Nobody wants you to rush and not enjoy the scenery, but slow drivers can be as dangerous as drivers that are too fast as they can provoke overtaking where it is not safe to do so.

Believe it or not, but there are actually a lot of videos on YouTube about how to drive on the left. It is not as scary as it sounds once you get used to it. A little sign stuck inside the driver's field of vision with the words "Drive on left" and an arrow might prove helpful.

For the first few kilometres (miles were abolished in 2002 - 1 mi = 1.6 km) it is good to keep in mind that your car needs much more space on the left as it would back home.

Hello, my name is Kay, and I live in the wonderful green island of Ireland. Here on the west coast of the Emerald Isle, there are so many things to discover, it would take almost a lifetime to write them all down. 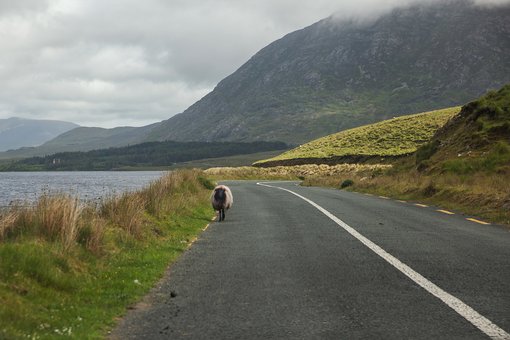 Tips for Driving in Ireland