Where to Stay in Las Vegas

We have been to Las Vegas so many times that I'm not sure I can recall all the places we stayed, but I think it is at least 8 different hotels. The Las Vegas Hilton, now the Westgate Las Vegas Resort was our favorite, closely followed by Mandalay Bay. Then MCM Grand and The Flamingo Hilton. Everything considered, Treasure Island is the only place we stayed in Las Vegas where I would advise against staying.

Fremont St. was the original Las Vegas gambling center. Compared to The Strip, the Fremont St hotels are smaller, less expensive and more close together. The greater density of Fremont St. makes for easier partying on the street, especially at night (Goggle the “Fremont Street Experience”).

The Strip (Las Vegas Blvd. ) is legally not in the City of Las Vegas. While the Fremont St. casinos span a few blocks, the widely separated Strip casinos sprawl for miles. The Flamingo Hilton was the first casinos on The Strip, built my a mafioso who was later rubbed out by the Dons of the New York mobs for skimming to much of the profits.

In the Vicinity Our favorite hotel in Las Vegas, the Westgate Las Vegas Resort is located ‘off The Strip', as are Rio and The Orleans and others including a growing number of casinos in Henderson, NV, which is now part of the greater Las Vegas urban sprawl, and Las Vegas really sprawls. The Las Vegas Metropolitan Statistical Area, the way the US Census defines urban conglomerations, covers 600 square miles.

Although its about 30 minutes south of the Strip on I-15, I would also consider staying in Jean, NV, right on the CA border where rooms and even food are less expensive than low priced Las Vegas because we have already done that on multiple trips to Las Vegas. 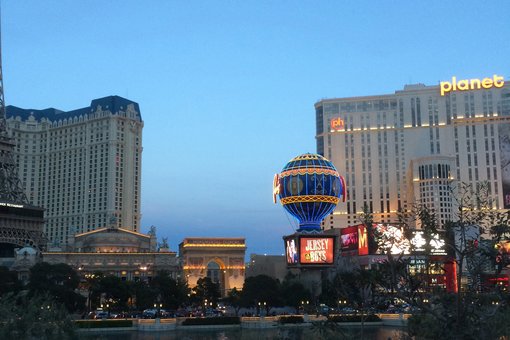