Washington DC is the capital city of the United States, and is conveniently located in the centre of the East Coast. Known globally for its political power, you will never cease to be amazed by the iconicity of such a city. And, like me, you will be surprised by how beautiful the city is - the architecture is so varied, almost as if it has been influenced by New York, Britain, and even Austria.

In this travel tip, I have compiled a list of my top things to see and do in this fascinating city.

I am going to start my list with The National Mall. I must admit, it is cheating a little bit by clumping all the National Mall has to offer into one attraction, but it is simply too difficult to select a single monument or museum from the Mall.

The two photos I have included above are the Vietnam Veterans Memorial, and the Martin Luther King Jr Memorial.

As well as being the home of the White House and the United States Capitol, the National Mall is home to many historical monuments, including:

I would highly recommend seeing all of these monuments, and I can guarantee you will learn something from each one.

If housing arguably the most important buildings to the US government, as well as several iconic monuments, isn't enough, the National Mall is also home to a large number of museums, including:

As you can see, there are many different museums catering for a vast array of interests - and you may not have time to visit all of these museums, so pick those that interest you the most. It is also worth noting that many of these museums are free for visitors!

You could easily spend at least three days exploring the National Mall, so it is advisable to find a hotel nearby because you will become a regular visitor on your trip!

You cannot visit Washington DC without stopping by the White House. Iconic across the world, it houses the US president, who you may just catch a glimpse of if you are there at the right time. It is truly amazing to imagine all the important decisions and discussions that have been held behind those walls throughout history.

Also located on the National Mall, the US Capitol Building is also highly recommended. You may be interested to take a tour around the Congress' meeting place, but the Capitol's beauty is also easily captured by simply walking the perimeter of its grounds.

Directly facing the Capitol Building on the opposite side of the Mall is the Lincoln Memorial - an essential attraction for any visitor to see. Climb the steps (or use the elevator) and be blown away by the view of Washington DC before your eyes, and imagine the crowds that gathered before Martin Luther King Jr's iconic 'I Have a Dream' speech.

So, technically, the Arlington National Cemetery isn't in DC, as it is located in Virginia, but it is a must see for Washington visitors.

Photos simply do not do it justice. Acres upon acres of land are lined with white gravestones, in every direction, symbolising all those who have sacrificed their lives to serve their country.

Here, you are able to silently spectate the Changing of the Guard, a ceremony performed at the Tomb of the Unknown Soldier, which is guarded all day, everyday, in all weather conditions. And further around the corner, you may visit the John F Kennedy Gravesite, where President JFK, and First Lady Jacqueline Kennedy Onassis, were laid to rest.

The Pentagon is also located in Virginia, but I see it as a must for any trip to Washington DC.

Photographs are strictly prohibited outside of the building, as well as inside. Therefore, the photo above was the only photo I could take outside of the Pentagon. It takes quite a lot of organising to get a tour around the Pentagon, for obvious reasons, but it is worth the hassle, just knowing that you have been inside the Pentagon. The tour is truly fascinating, and I would highly recommend it!

It is practically impossible to miss the Washington Monument in Washington DC. After all, it is 169 metres tall, which means it is almost double the height of the Statue of Liberty. Built to commemorate George Washington, the United State's first president, it stands high and proud in the centre of the National Mall.

The National World War II Memorial is located opposite the Lincoln Memorial, between the Reflecting Pool and the Washington Monument.

It is certainly worth visiting, and in my opinion, it is one of the most beautiful places on the National Mall, and the memorial serves as a humbling reminder of the millions of Americans who served in World War II, alongside their allies.

The Thomas Jefferson Memorial was built so that the former president could forever keep a close eye on the 'goings on' inside the White House. And here, in stone, he is stood directly facing it. The memorial is located on the Tidal Basin, surrounded by the famous cherry blossoms - it is so peaceful that it forces you to forget you are in a city for a while.

Hello, this is Faye from DrTripTravel! My passion is to make memories across the world, and share my love of travel to my followers on Instagram. I share daily posts and daily quotes, as well as hosting a weekly travel quiz! So... if you love to travel, visit my IG travel page now at @drtriptravel ! And for any other enquiries, or to request a FREE and PERSONALISED travel itinerary, email me (drtriptravel@gmail.com)! 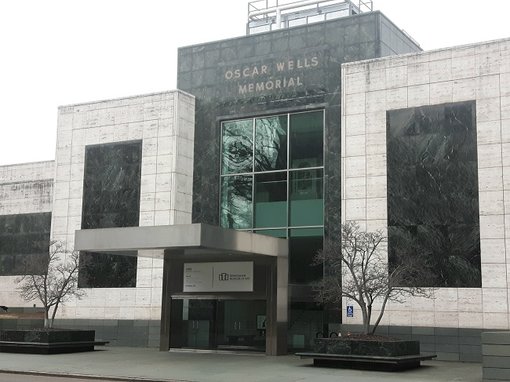