Best places to visit in Ladakh

Extending from Siachen Glacier to the great Himalayas, Ladakh is sparsely populated and its culture and history are heavily influenced by Tibetan culture. The beauty of the hills and the unique landscape mesmerizes anyone who visits it. The road to Ladakh is a biker’s dream and offers an amazing yet challenging terrain for riding a bike. It also attracts a number of photographers due to its scenic and picturesque views.

Travelling by Bike: For the ultimate bike trip, giving the riders an experience to relish all throughout their lives; Royal Enfield 500cc or Himalaya are suitable option of the vehicle. Delhi to Leh, Ladakh distance is quite popular these days and takes about two days.

Visiting Ladakh and wondering which places to visit? Don’t worry, we got you covered!

This lake, situated at least above 4350 m the sea level is a wonder in itself. Its water is sometimes said to be dyed, for it’s blue, green and even white at different times of the day. The lake shines out with the contrasting arid mountains around, making it an interesting point to visit in
Ladakh.
Most explored by geologists, it has garnered acknowledgment from all over the world due to it being a popular shoot location for movies such as 3 Idiots and Jab Tak Hai Jaan.
The route from Leh to Pangong Tso will also take you across mighty Chang La, a high altitude pass which was once considered as third highest motorable road in the world.

A heavenly delight, 150 km to the north of Leh, Nubra valley is one of the best tourist spots of Ladakh. A view filled with tranquillity, was once on the trading route that connected eastern Tibet with Turkistan via the famous Karakoram Pass.
With wide landscapes and enormous mountains, and musical Shyok river flowing in the midst of the valley leaves one mesmerized. The ride of the Bactrian camels lets tourists admire the beauty of snow-covered mountain peaks.

Being one of the tallest buildings of its time, the Leh Palace is famous for the splendid view it offers of the entire town of Leh. Located on the Namgyal hills, the Leh palace looks like an architectural icon, from where the Stok Kangri and Zanskat mountains are visible.
Also, the roof top of the palace gives the aerial view of Leh Valley. The spectacular views of sunrise and sunset are extraordinarily beautiful. The interiors are decorated with beautiful murals and paintings. A statue of Lord Buddha graces the monastery of the palace.
Victory tower is another famous landmark of the palace, which was constructed in the 16th century battle in the memory of the Ladakhi soldiers against the Balti Kashmiri soldiers.

This place is a major tourist attraction in the valley, located at a distance of 30 km from the Leh city. A small stretch of road that defies the law of gravity and hence if you leave your vehicles with the brakes unlocked, it will start moving uphill slowly on its own.
Not just this, Sindhu river flows right to the east of the Magnetic Hill, and is a good place for photographers.

A visit to Khardung La is one of the must things to do in Ladakh. Counted as one of the highest motorable passes in the world and situated at an altitude of 18,379 ft. above the sea level, Khardung La makes one feel on the top of the world.

The mountain pass was prepared for motors in 1976 and opened in 1988 for the public. Khardung Pass is the gateway to the remote Nubra and Shyok valleys too. The significance of the mountain pass is that it is the way to carry supplies to the Siachen Glacier.
It also offers impressing views of the twisting roads up the mountain and the gorgeous valley. The magnificent panoramas and fresh, pure air lures tourists from every corner of the world.

Even though the temperatures keeps varying, the average temperature in summer reaches up to 20 degree Celsius while in winter in can go as low as minus 40 degrees. During the snowfall, the views are simply admirable with about 10 feet deep snow.
Just feel the cool breeze caressing your face! Shivers

To experience the thrill of a frozen river, Chadar trek is a perfect opportunity. It is absolutely a unique trek that can be done from mid-January to mid-February. That is also when the Zanskar river freezes and you get to walk on massive slabs of ice spreading till miles. It is considered one of the best treks while visiting Ladakh.
The temperatures drops till -30 degrees at night and the trek gives you all the experience as North pole’s. Ice forms, breaks and changes colour on the river every few hours. It takes 6 days to complete the trek.

The place is also a spot to find rare Ladakhi animals like snow leopard, ibex, Himalayan Thar and blue sheep.

Kargil is the second largest town in Ladakh after Leh, which is situated on the banks of Indus (Suru) river. The Kargil war, an armed conflict between Indian and Pakistani armies in July 2009, is a significance of the place. The annual festivals are hosted by a number of monasteries here.
Also, it is a heaven for adventure enthusiasts as they can enjoy adventure sports such as trekking and mountaineering. During the month of May, Kargil also plays host to an archery contest.
Other major attractions of the Kargil region include Sani, Rangdum, Zongkhul, Stonday and Mulbekh monastery. Sani monastery is one of the oldest sites in Ladakh, built by the King Kanishka during the first century.

With beautiful snow-capped glacier mountain peaks in the backdrop and the crystal-clear water gushing down the valley, the Zanskar valley has gained even more popularity. Zanskar Valley is a beautiful part of The Tethys Himalayas, known for its wide views and sceneries and cave monasteries.
Trekking trails and river rafting are the main activities for which people flock here. The other valley is the Suru valley, which is visited alongside the Zanskar valley. Travelers find Mid-May to Mid-October as the best months to venture to the valley without battling with extreme weather conditions.
The Penzella Pass that divides the Zanskar valley with the Suru Valley is an excellent camping site. It is also a vintage point offering excellent views of the majestic mountains.

Also recognized as the twin of Pangong lake. The lake was the source of salt for the local people until 1959. The 400-year-old Korzok monastery attracts a large chunk of tourists and Buddhist pilgrims.

To access Tso Moriri, one can take the Pangong Tso via the Changtang plateau or the Rushpu valley’s sandy road. Multiple shades of blue reflected by the lake makes it a picturesque sight.

This is a must visit if you’re visiting Ladakh! For offbeat travellers, this place is ideal for exploring the raw beauty of Ladakh. The lake is a breeding ground for many rare bird species and thus a popular destination for the avid birdwatcher.

Known for its gigantic statue of Lord Buddha, the popular monastery is located in the Nubra valley of Ladakh. It is also the oldest as well as the largest Buddhist centre in Ladakh. The Maitrayi Buddha statue is 106 feet in height, faces the Shyok river is a famous tourist attraction across the globe and is the key attraction of Diskit monastery.
The statue was constructed by the holy priest Dalai Lama in the year 2010 on 25th July. The place can be visited on the way to Nubra valley, with July and September is the most suggested time for visiting Diskit monastery.

We are committed to making travel safe, fun, exciting and hassle-free for our customers. We have the expertise to provide superior quality service with effective cost controls over a complex range of travel related service. To ensure that your travel expenditure budget is well managed. Full attention to every detail is given in every possible way to make everything simpler, safer and more pleasant for our customers.

A place you absolutely have to see – Go and explore it NOW! 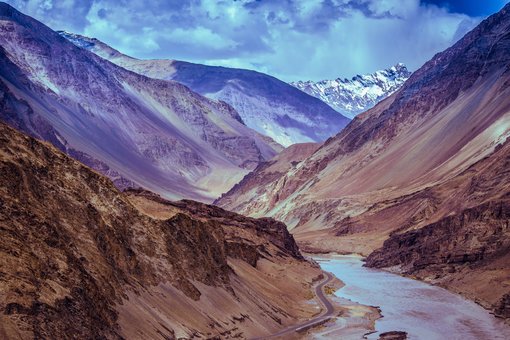 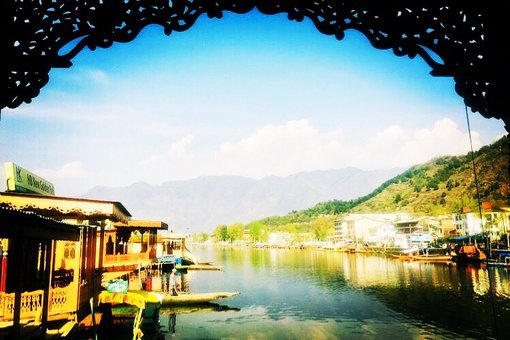