Most foreign credit cards do not work in Cuba, so tourists generally take cash with them on their visit, at least as a back-up plan if they lose their card, or if it ends up not working. The best foreign currencies to exchange in Cuba are: Euros (EUR), British Pounds (GBP), and Canadian dollars (CAD). These are accepted in all banks and exchange houses that deal with foreign currency.

There are 2 Cuban currencies - the CUC and the CUP. As a tourist you will use CUC for almost every transaction. Payment by credit card is possible in only a very limited number of places. Government workers in Cuba are mostly paid in CUPs and in practical terms, anything sold in CUP can also be paid for in CUC as long as you have small change.

The CUC is tied to the USD at a rate of 1 to 1. However if you take USD to Cuba and exchange it to CUC you will get charged an additional 10% fee on top of the 3% exchange fee that is charged for converting any currency to CUC. It is therefore favorable to take other currencies to Cuba to exchange. 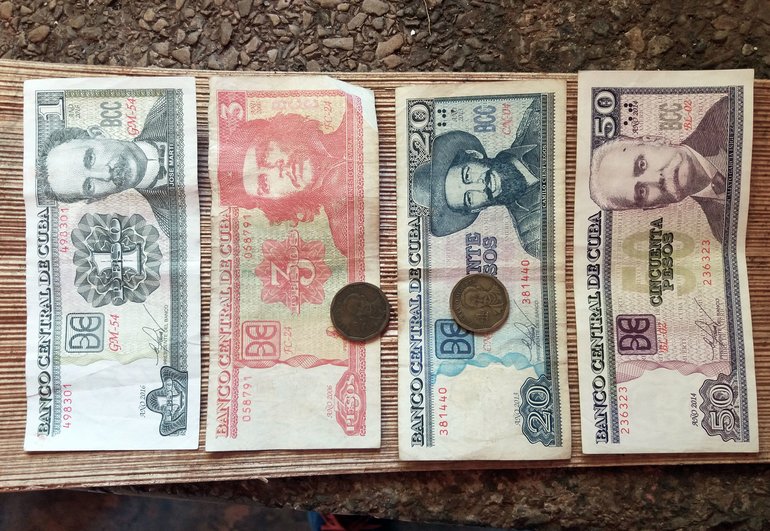 The CUP - most Cubans receive their wages in this currency

The exchange rates are uniform across the whole country. Even at the airport the rates are the same as everywhere else. Other currencies such as Australian dollars (AUD) are not able to be exchanged in Cuba.

The other recommended method of accessing your money in Cuba is with a Visa or Mastercard from a non US bank. However you should check with your bank first if your card will work in Cuba, as the cards of many banks (despite not being US banks) do not work. Cards from the following Australian banks do not work in Cuba: Citibank, 28degrees, St George, Rams, and Westpac...

Cuban Adventures is an award winning tour operator that has been running tours in Cuba since 2005. We operate our own tours as well as tours for other travel companies that do not have their own operation in Cuba. We use locally owned private guesthouse accommodation, local Cuban tour guides, and are legally registered in Cuba.