Travel Interlude: The Only Black Person on The Planet (Sapa) 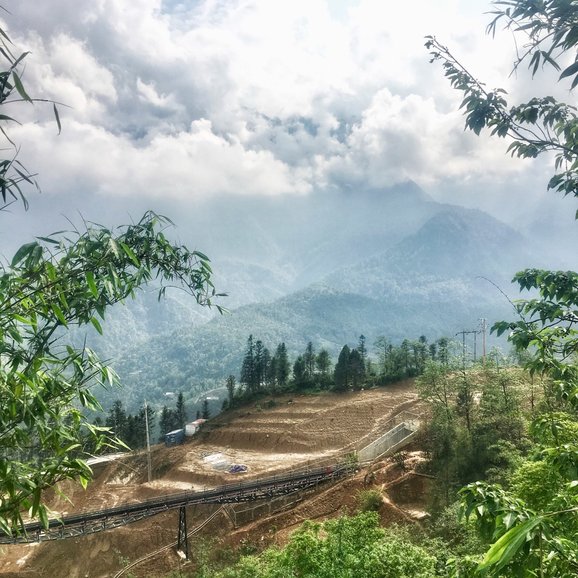 I would like to note that this blog piece is specific to my experience in northern Vietnam; specifically Hanoi, Cat Ba, and Sapa. There are plenty of people of color who have traveled to these parts of the country (or the world, however you’d like to look at it) and had too many positive experiences to count. Positive, however, is the last word in the English dictionary that I would utilize to describe my experience.

The fog rolls in slowly, greeting the wafting smoke from the fires burning on every other alleyway. The mountains here in Sapa are the most enchanting when masked in clouds, the fog adding an element of mystery straight out of a Wes Craven flick. It’s been a struggle for me in this country; constantly feeling as if I’m the only Black person on the planet with the amount of unwanted attention, racial slurs and behavior I have received. Stares, snickers, photographs, looks of terror, a banana thrown in my direction… the list goes on.

This region is plagued with the notion that white skin is beautiful, leaving the open-ended deduction that to have dark skin is ugly. It takes my visiting three grocery stores or pharmacies in order to find a body lotion and/or bath soap that doesn’t include a skin whitening agent. Understandably, I may very well be the only Black person many of these people have seen, but forgive my chagrin (or what may be mistaken for a negative undertone reeking of privilege) it’s entirely unacceptable to treat a human being as if they’re an endangered species on display at the zoo. This is what it feels like. Yes, feels like. My peers explain how I should embrace the emotion and play along for the sake of leaving an impression that meets the expectations of my aggressor, but, again, I refuse to adhere to such scrutiny. I am not a celebrity, have zero desire to be one and therefore I must adhere to the only expectations which matter, my own. Still, I’m disappointed in my default behavior (coping mechanism adopted during my time living abroad in Macedonia while serving my country in the US Peace Corps) of staying indoors or ordering food takeaway in order to avoid people. A sort of self-inflicted, self-isolation. This reaction, of course, truly helps nothing. Reaching out to Black traveler’s networks online I get a mixed-bag of responses; outrage, shock, but most importantly understanding. Per precious recommendations, I’ve implemented a few necessary elements of resiliency that have been exemplary methods of relieving similar levels of stress for me in the past: watching romantic comedies, yoga, video chatting with loved ones.

As I take my window seat on the plane taking me out of this country, I notice an insect I’ve never seen before has landed on the outer window pane. It’s not a butterfly, it’s not a wasp, but it’s got monarch-like wings and a black and yellow body. It’s different looking being the point. It’s landed on this aircraft for reasons unknown and is doing its best to hang onto the surface it’s chosen. The visual metaphor of the moment for me is astounding. The plane begins to taxi away from the gate and towards the takeoff/landing strip and still, the insect holds on. As the plane picks up speed, the wind outside intensifies and the wings of the bug begin to show an obvious struggle. Still, it holds on. There begins to be something graceful about its approach to this adverse situation. Surely it cannot withstand the force of takeoff, but it’s going to try… 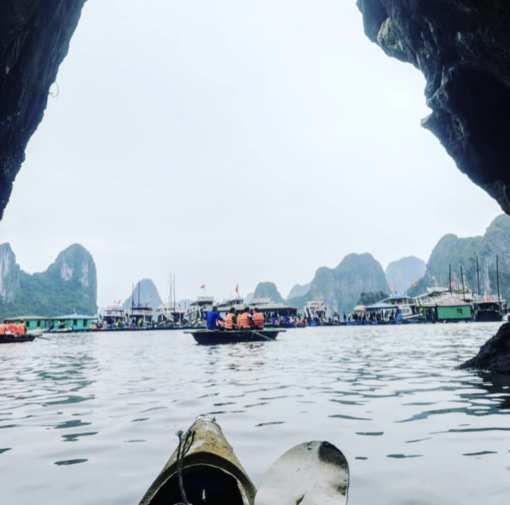 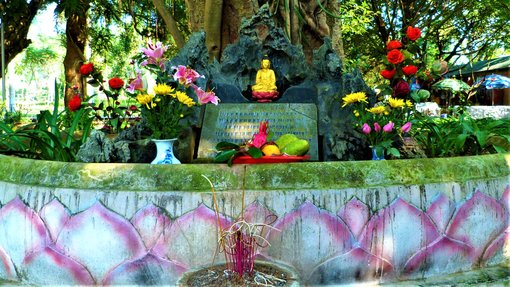 How to Spend Two Days in Hanoi

Mui Ne is known as one of the most beautiful beach city in Vietnam. It takes 250km in 4 hrs transfer from Nha Trang. There are many interesting sight-seeing that you never want to missed: Long Beach, Salt Field, Bau Truc Pottery, Pink Sand Dunes, White Sand Dunes.

Nha Trang Bay as know as one of the most beautiful bay in the world was recognized on August/2003 by The World Tourism Organization. The main activities are always focus for island hopping, snorkeling, diving or sea walking. Beside that, the water sports was development by many individual business to provide many interesting activities as paras