The airplane has just landed and you turn on your phone. You aren't sure exactly what sort of messages you'll receive as you are now in another country and you are mostly certain that your phone's SIM card will work. You say "Eh, what the hell. Let's see what comes up." and you push the power button. You look away from your phone for a moment to peek out the window to see what the weather looks like... then you feel it... the *burr burr* of incoming text messages... and a lot of them. For a split second you think you've become suddenly popular, then you realize that the first three notifications were your cellular carrier informing you that your SIM card does in fact work but "additional charges my apply" and the other three were, well, messages from the airline telling you that your connecting flight to your final destination has been completely cancelled due to weather. You are still stuck on-board the aircraft and the surly flight crew is in no humor to provide anymore answers. This is all you know: You are stuck in a foreign country with no way to get to your fabulous vacation rental, which is also in a foreign country. Your SIM card works, mostly. You and your family and friends have been flying for over 8 hours with an 8 hour jet lag. What do you do?

Disembark and figure out where your bags are at and try to navigate the madness of British Airways being on strike, crazy fog that has grounded all planes, and assume that swimming across the English Channel is the most efficient way to get to France at this point? Yes. That is exactly what you'll do.

But not before you immigrate to a country you didn't plan on visiting, spend 4 hours on the phone with British Airways tech support, take a $100 cab ride to a suburb of London, cry, get buzzed at the hotel bar with your best friend and her husband (but you don't feel too sorry for them as they carried on all their luggage), sleep in the same underwear you've been wearing for over 24 hours, cry, realize you may never find your bags and that you are stuck in Europe with 2 small kids in the dead of winter with no clothing other than what you are wearing, cry, and ultimately find yourself in King's Cross at 5 am attempting to get on the first Eurostar train to Paris. 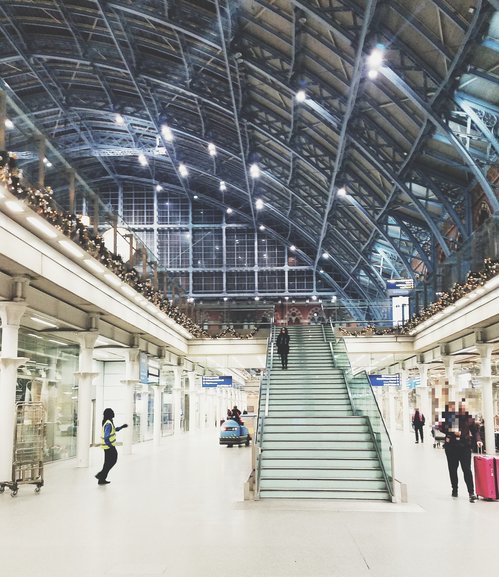 This exact scenario happened to us a little less than 3 years ago.

It was stressful. It took all the fun out of a trip to Europe. It made us feel frantic and insecure. To top it all off I ended up with one kid with strep and I had a fractured tibia (the by product of a botched knee surgery). It was so incredibly hard to not feel like the trip was a total waste after the first 24 hours of touching down in London.
Much like Harry Potter in one of the final scenes in the series, my husband and I found ourselves standing in King's Cross wondering if this was even worth it and maybe we should just go home. On the advice of my Bestie, we decided to persist for a bit longer. Perhaps the wrinkles would iron out and we could enjoy the rest of our 2 week dream trip. (France, Spain, and Morocco were all on the agenda, aka The Iberian Blitz.)

I would love to say that things got better, but they did not. Oliver (He was almost 4 at the time) puked up all the strawberry yogurt the stewards were feeding him in Fancy Class (the only seats available on the train) and he entered Paris wearing the clothes of my best friend's 10 year old son. Our clothing availability was in the negative at this point. British Airways still couldn't locate our bags and told us to buy whatever we needed to get by until our luggage was found. While it was nice to know that we wouldn't be spending our souvenir money on "second rate clothes to get us by" I did not want to be spending our very limited time in Paris searching for diapers, toothbrushes, and underwear. At this point, I really didn't have a choice. We had no extra clothes, and the ones we had were covered in vomit. My friend took Charlie to the Louvre and I typed "What is the Target equivalent in Paris?" into my Google search bar. We got a crash course in how to deal with lost luggage without losing your mind on that trip. This is what I learned.

1. Avoid this whole thing all together by bringing an extra day's worth of clothing and pajamas on board with you. We could have gotten by with a careful wash and rotate system if we had just had an extra set of clothes for each of us. Bring all coats, hats, and mittens with you too.

2. Keep careful records of who you spoke to when calling the airline's help desk, get their names and take notes of what they said. I wrote British Airways a very lengthy explanation when we submitted our receipts for reimbursement and noted the people we spoke to who told us what we could purchase on the company's dime. I really believe it made a difference in us getting every penny returned to us.

3. Think objectively about what you need. I made a mental plan of what we would need considering a careful laundry-radiator drying schedule. This kept the list simple, but even so when you multiplied all of this by 4, in a foreign country, with a limited budget, different currency, and massive fatigue it was still incredibly stressful. Stay focused. Everyone needs socks, underwear, one pair of pants, one shirt, pajamas, a toothbrush, tear-free shampoo, unscented lotion, chapstick, hats, mittens, and Scott needed a winter coat. I kept roll-a-dexing through my mind about what everyone would need on a daily basis as I combed through the Monoprix. Eventually, I got it all. I hustled for bargains and made friends with the nicest guy at the Gap on the Rue de Rivoli. He very kindly gave me a 20% discount on my entire purchase after I nearly broke down in the middle of his store when he greeted me with a "Bonjour!" and I replied on the verge of tears with a "Bonjour. Je ne parle pas Francais. I'm so sorry. I would never have assumed to come in here and need so much except our airline lost our bags and I have two small children and we need clothes." He smiled and said "Oh it is ok. It is nice you said anything. Most English speakers who come in here just ignore me if I try to speak to them in French. You at least tried. And don't be embarrassed. Whenever the French travel anywhere else they don't speak the local language either." He guided me around the store and helped me find everything I needed. Plus, I left with my faith in humanity restored.

4. Save your receipts. Our expenses for clothing, essentials, lodging, and transportation were upwards of $1,000. As annoying as it was to keep up with those flimsy slips of paper, it paid off (literally) to keep up with them.

5. Keep calling the airlines to locate your bags. Scott called every day to check on their status. We were moving from place to place almost every other day and so we would call the British Airways lost luggage hotline and tell them our new address. By the second week both of our suitcases had been returned to us. The only item that is still missing to this day is Charlie's booster seat. While we were glad to have our bags returned safely to us, it felt like a hollow victory. I had spent weeks planning and organizing our things and all of the work had been almost for nothing. Even still, the travel humidifier had arrived and I finally had concealer to hide the horrible stress zits that had now appeared. We tried to make the best of it.

6. The final lesson I learned is just accept that the risks of travel might involve losing some bags and or missing a flight. We had been lulled into a false sense of security when we flew to Europe as we always started in London. At the time there were direct Phoenix to London flights and so the possibility for lost luggage was incredibly remote. Now we are wiser to the risks and will carry extra clothes and essentials with us the next time we fly internationally.

In the end I'm glad we stuck it out. While it was hard to feel like we were on the back foot for the entire journey, it was ultimately worth it to have the experiences that we had. If you ever find yourself with lost bags in a foreign country, take a deep breath and start swimming. You can buy underwear pretty much anywhere.

Hi-ho. This is Anna. Not the lamest family travel blogger. Keeping it real in the Pacific Northwest. Family of four. Epic travel in the off season. I like beer-sicles and baklava. 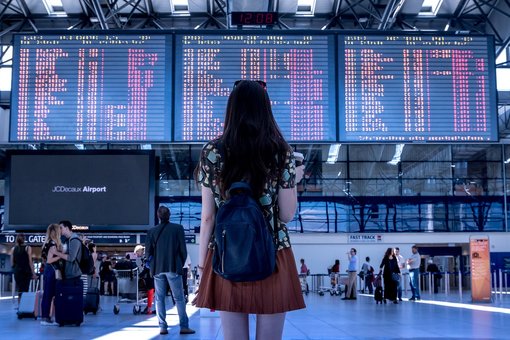 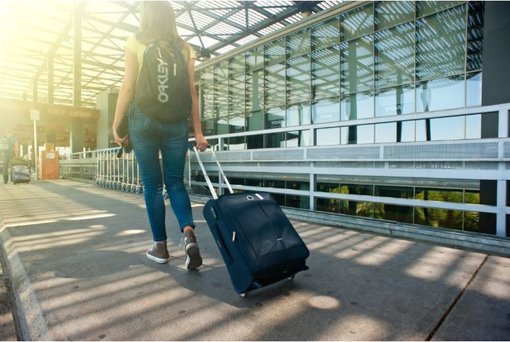 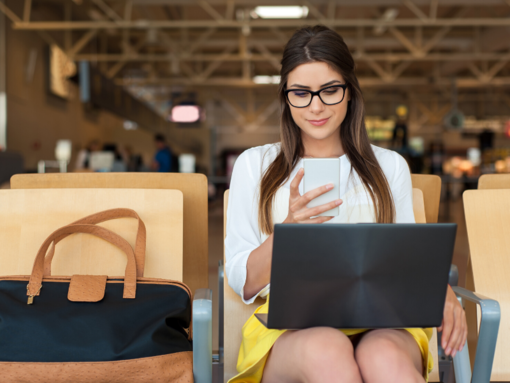