Jaipur is the capital and the largest city of Rajasthan, India. The city is also famous as the Pink City, due to the dominant colour scheme of its buildings. Jaipur has voted the best tourism site of 2020. The city is the fortified town of India, is located 268 km from the national capital New Delhi. 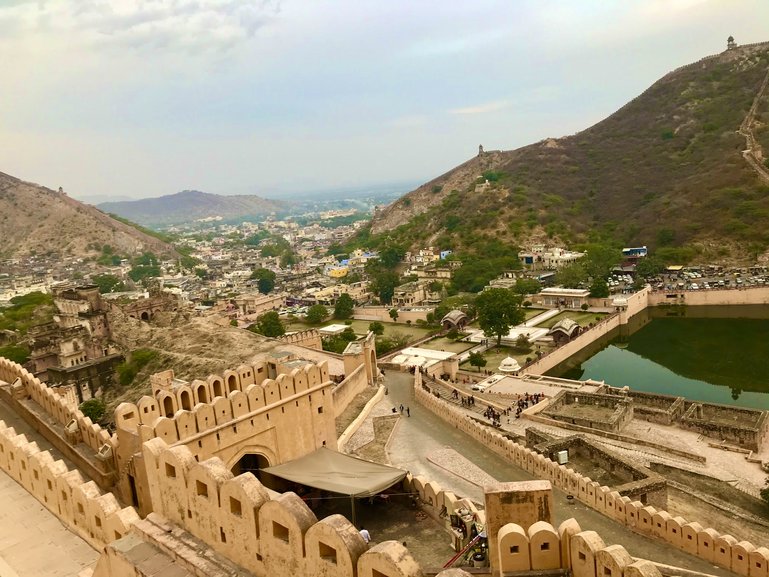 Jaipur city was founded in 1727 by the Rajput ruler Jai Singh. Jai Singh was the ruler of Amer, and the city got its name after him. At that time Jaipur was one of the earliest planned cities of modern India. The city served as the capital of Jaipur state. After independence in 1947, Jaipur was made the capital of the newly-formed state of Rajasthan.

Air travel to Jaipur is the most convenient way to reach the city. The Jaipur airport is located at Sanganer, which is 12 kilometres from the heart of the town. It has both international and domestic terminal and is well connected to most of the cities across the globe. Taking a bus to Jaipur is a pocket friendly and convenient idea if you are looking to have a budget holiday. The Rajasthan State Road Transport Corporation runs regular, Volvo and deluxe buses between Jaipur and other cities within the state. You can travel to Jaipur by trains such as Shatabdi Express which is air-conditioned and very comfortable. The train connects Jaipur to many critical Indian cities like Delhi, Mumbai, Ahmedabad, Jodhpur, Udaipur, Jammu, Jaisalmer, Kolkata etc.

There are many destinations to visit in Jaipur. Here I have picked up the most prominent and famous destinations of you all.

Hawa Mahal "The Palace of Winds" is a palace in Jaipur, India. The palace has been made with the red and pink sandstone. It sits on the edge of the City Palace and extends to the women's chambers. The structure was built in 1799 by Maharaja Sawai Pratap Singh. 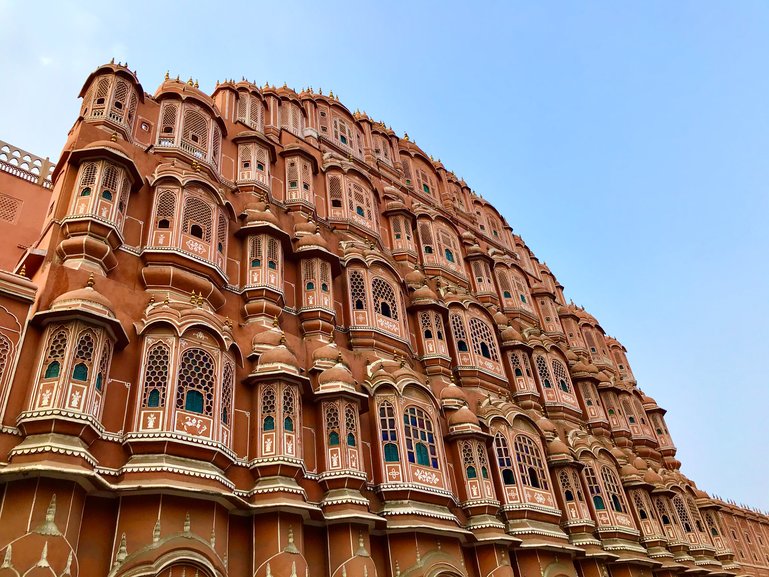 Its unique five floors exterior is akin to the honeycomb of a beehive with its 953 small windows called Jharokas. The original intent of the lattice design was to allow royal ladies to observe everyday life and festivals celebrated in the street below without being seen. The architectural feature of Hawa Mahal allow cool air from the venturi effect to pass through. The air makes the whole area more pleasant during the high temperatures in summer. Many people see the Hawa Mahal from the street view and think it is the front of the Palace. But in reality, it is the back of that structure.

Amer Fort lie-down in Amer. It is a town with an area of 4 square kilometres located 11 kilometres from Jaipur. The fort lie-down high on a hill, and it is the principal tourist attraction in Jaipur. Amer Fort is famous for its artistic style elements. With its large ramparts and series of gates and cobbled paths. 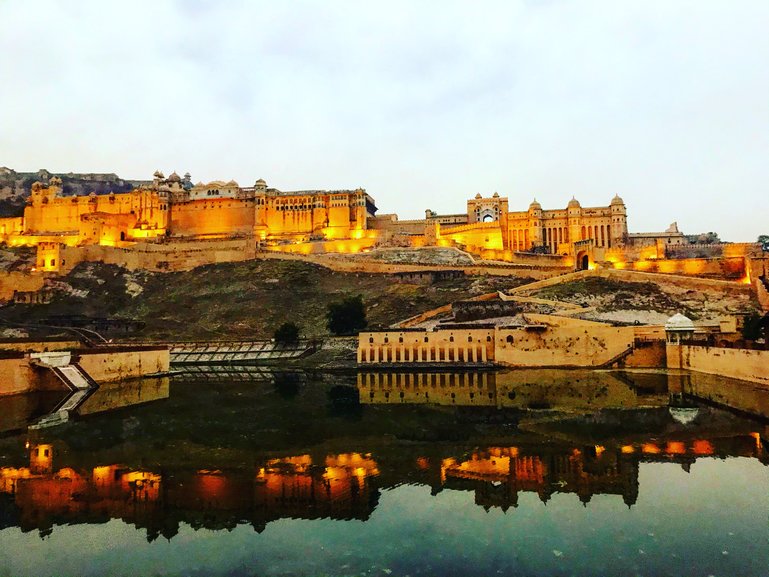 Opulent Palace is laid out on four levels, each with a courtyard. It consists of the Diwan-e-Aam, or "Hall of Public Audience", the Diwan-e-Khas, or "Hall of Private Audience", the Sheesh Mahal (mirror palace), or Jai Mandir, and the Sukh Niwas where a cool climate is artificially created by winds that blow over a water cascade within the Palace. Raja Man Singh had 12 queens, so he made 12 rooms, one for each Queen. Each room had a staircase connected to the King's room, but the Queens never use to go upstairs. Raja Jai Singh had only one Queen, so he built one room equal to three old Queen's chambers.

The Nahar Garh fort was constructed as a place of retreat on the summit of the ridge above the city. The Walls extended over the surrounding hills forms a fortifications that connected the fort to Jaigarh. 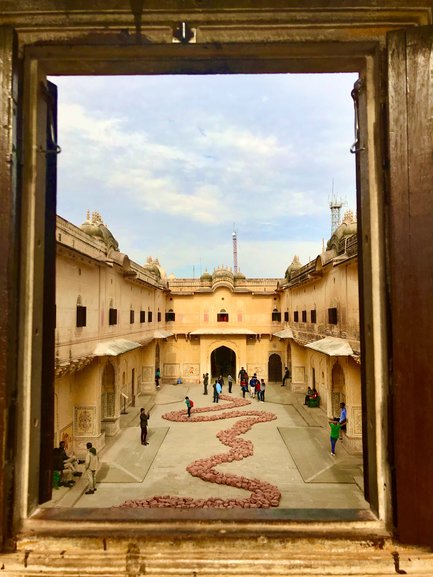 The Nahar garh Fort never came under attack during its history and has seen many historical events. During the Indian mutiny in 1857, the King of Jaipur has moved all the Europeans of the region, including the British Resident's wife to Nahargarh fort for their protection. The rooms are linked with corridors and still have some delicate frescoes. Nahargarh was also a hunting residence of the Maharajas.

The Jaigarh Fort is located on one of the peaks of the Aravalli range of hills. The fort has built about 400 m above the Amer Fort. It provides an excellent of view of Aravalli hills and the Amer Fort down below. 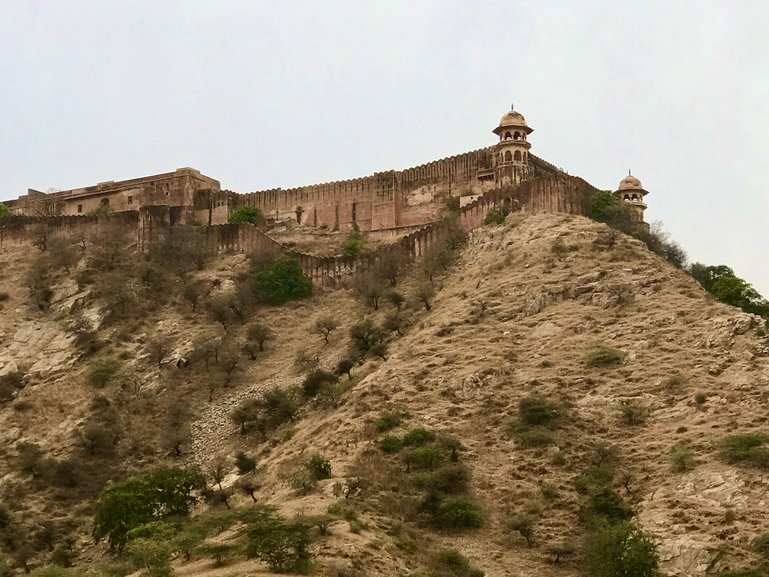 The fort is 10 kilometres away from Jaipur city. It stands on a short diversion from the Jaipur-Delhi Highway, which leads to the Jaivaan cannon at the Dungar gate. It can also be approached from the Amer Fort over a short climb along a steep hill track. Which will take you at the Awami Gate near the fort museum.

The City Palace, Jaipur has established at the same time as the city of Jaipur. Till 1949 the City Palace was the ceremonial and administrative seat of the Maharaja of Jaipur. The Palace was also the location of religious and cultural events, and a patron of arts, commerce, and industry. 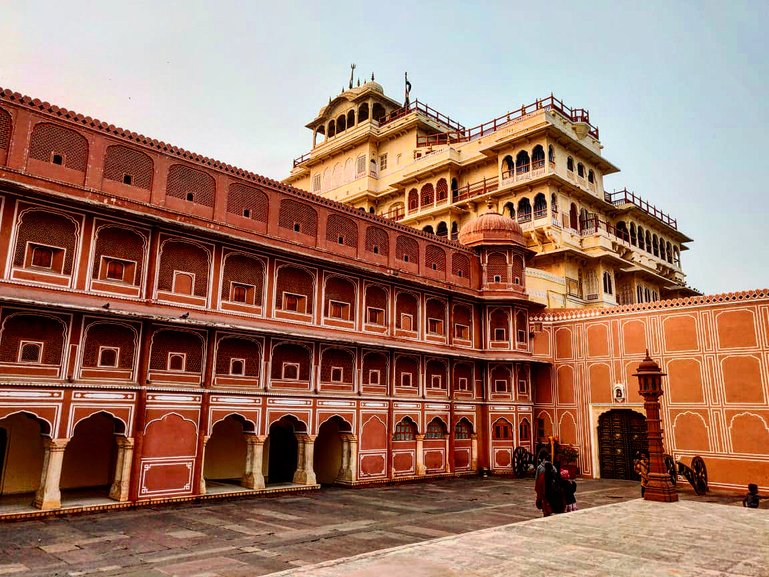 It now houses the Maharaja Sawai Man Singh II Museum and is the home of the Jaipur royal family. The royal family of Jaipur claims that they are the descendants of Lord Rama. The palace complex has several buildings, various courtyards, galleries, restaurants, and offices of the Museum Trust. The Maharaja Sawai Man Singh II Museum Trust looks after the Museum, and the royal cenotaphs.

The Jantar Mantar is a collection of nineteen architectural astronomical instruments and has the world's largest stone sundial. The tools allow the observation of astronomical positions with the naked eye. The observatory is an example of the Ptolemaic positional astronomy many civilisations has shared it. The monument was completed in 1734 and is a UNESCO World Heritage site. It is located near City Palace and Hawa Mahal. 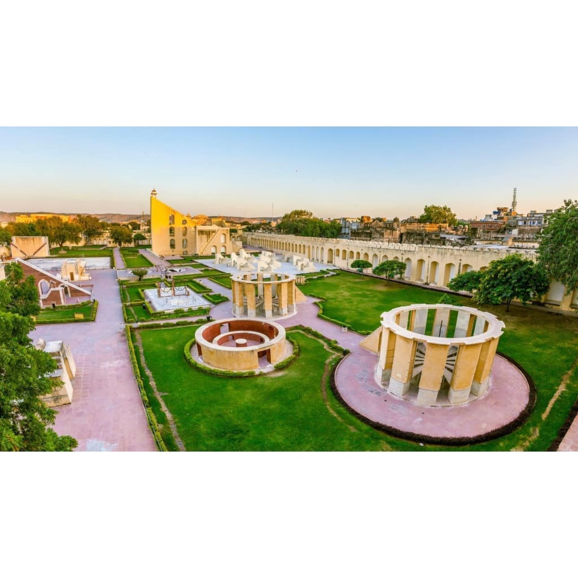 The Albert Hall museum lie-down in Ram Niwas garden outside the city wall, opposite New gate. The Museum is a fine example of Indo-Saracenic architecture. People call it the Government Central Museum also. 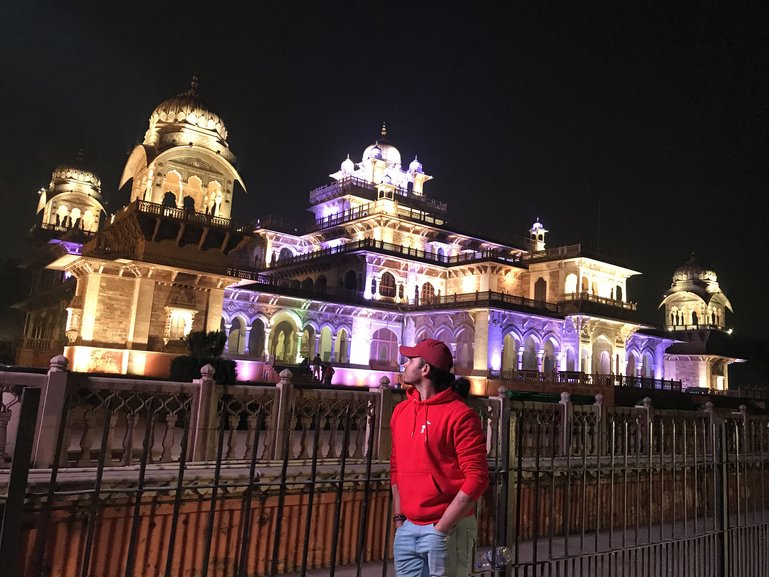 Maharaja Ram Singh initially wanted this building to be a town hall. But his successor, Madho Singh decided it should be a museum for the art of Jaipur. The Hall got its name after Albert Edward, during his visit to the city.

Jal Mahal means "Water Palace" is a palace in the middle of a Lack in Jaipur Rajasthan, India. Maharaja Jai Singh refurbished and enlarged the palace in the 18th century. The real founder of water palace is still unknown to history. 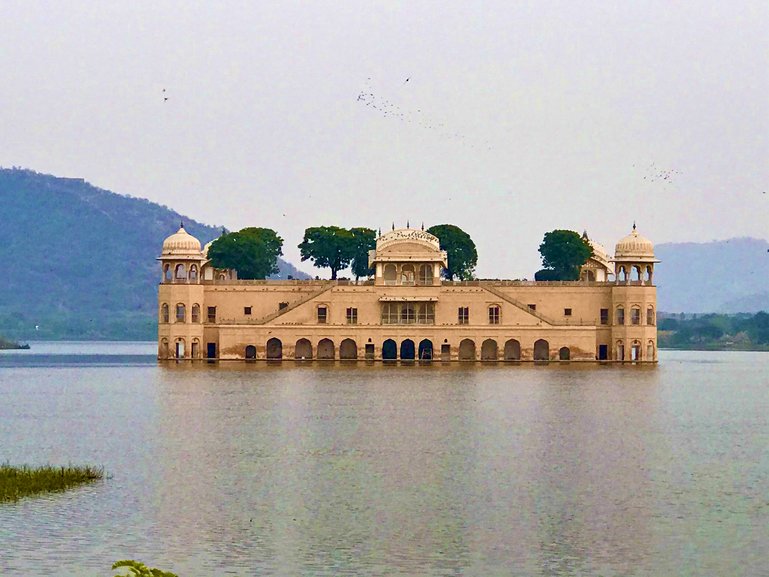 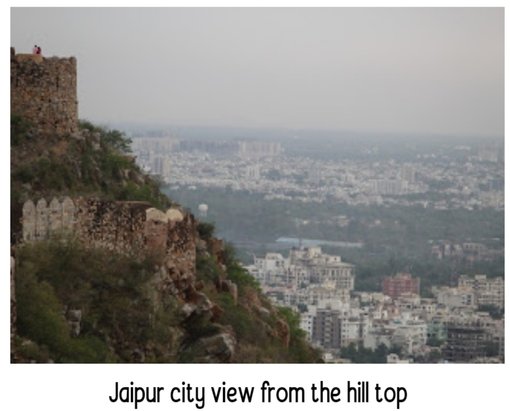 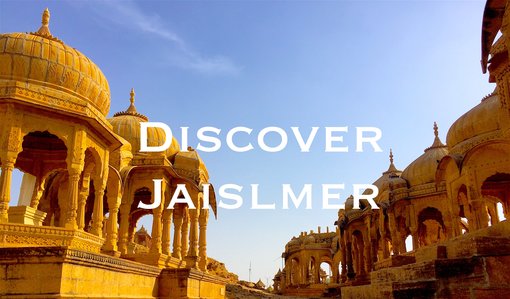