In 1994, 14 of its temples and palaces were declared a World Heritage Site, including the Nijo castle, all of which are hundreds of years old.
It is a city that has had a decisive influence on the culture of Japan, and for more than a thousand years, it was the capital of the country and official residence of the emperor, until it was moved to Tokyo.

The Imperial Palace in Kyoto, was the residence of the Imperial Family of Japan until 1868, when the emperor and the capital were transferred to Tokyo. It is located in the Imperial Park of Kyoto in the center of the city.
Access is free, but in almost all buildings, its interior is not accessible to the public.
Even so, its enormous park, with hundreds of cherry trees and the magnitude of the whole enclosure and buildings, make it an essential visit and without too many crowds. 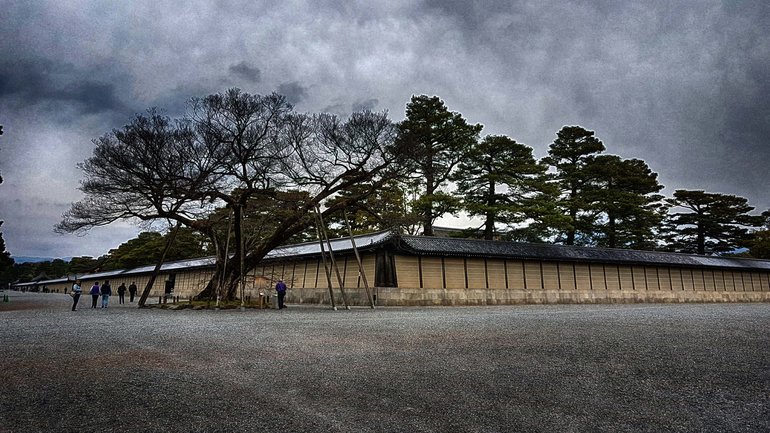 Nijō Castle is a Japanese castle located in the center of Kyoto, Japan. It is part of the set of historical monuments of ancient Kyoto (cities of Kyoto, Uji and Otsu) declared a World Heritage Site by UNESCO in 1994.
Of the castle as we understand it, only the base remains, since it was never rebuilt, but it is a good observatory elevated in the center of Kyoto.
The other buildings are worth a visit and contain paintings and antique objects, some areas do not allow photographs, the gardens that extend inside the wall complement the visit.

Tōfuku-ji is a Buddhist temple of the so-called five great Zen temples of Kyoto. The entrance to the temple is free and highlights the 22-meter-high Sanmon Gate is the oldest Zen gate of its kind.
It consists of several buildings and gardens of very different styles including a rock garden and especially a wooden bridge from which to observe part of the temple and the forest that in autumn is a spectacle of color. 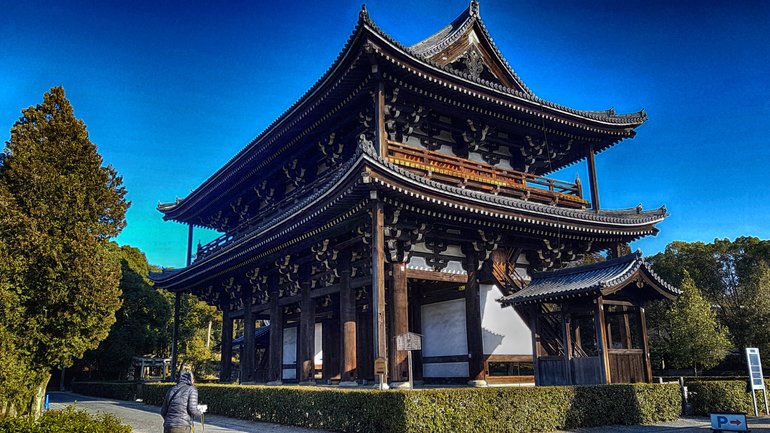 Nanzen-ji is a Buddhist temple cataloged as a place of historical importance of Japan and is on the list of Cultural Heritage of Japan. Likewise, the gardens belong to the list of Scenic Beauty Places in the country.
It emphasizes its enormous entrance door, which stands out above the treetops, its extensive gardens. Admission is free except for some buildings.
We also found a curious aqueduct of red brick, which transported water and boats with merchandise. 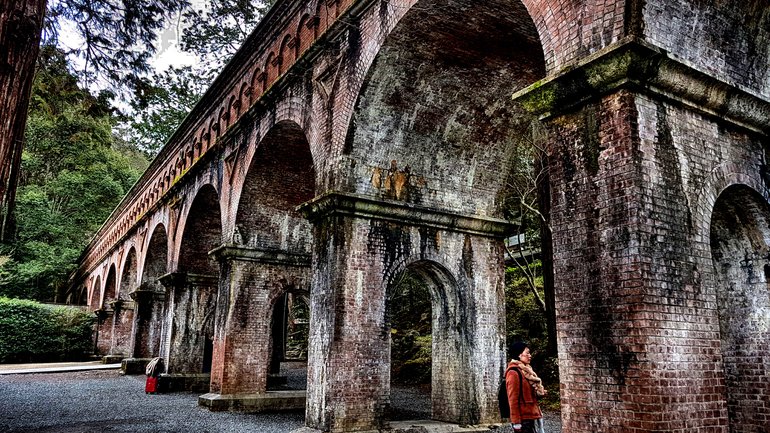 Tō-ji is a Buddhist temple south of the Kyoto station, it is composed of several buildings, among which its pagoda and a small pond. 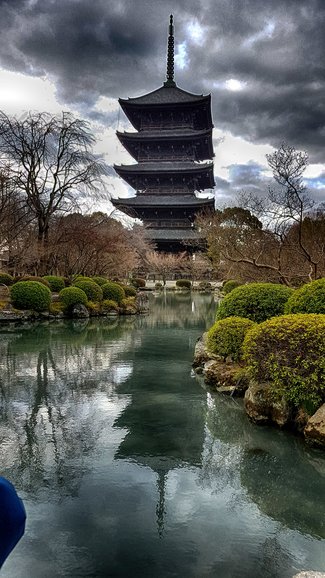 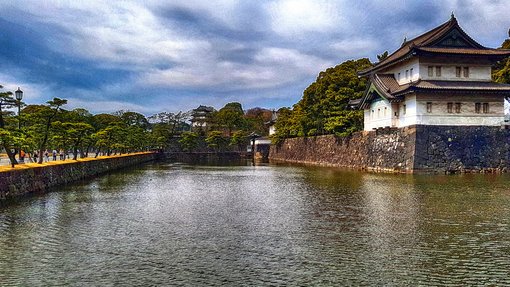