Best and Worst Things About Broome 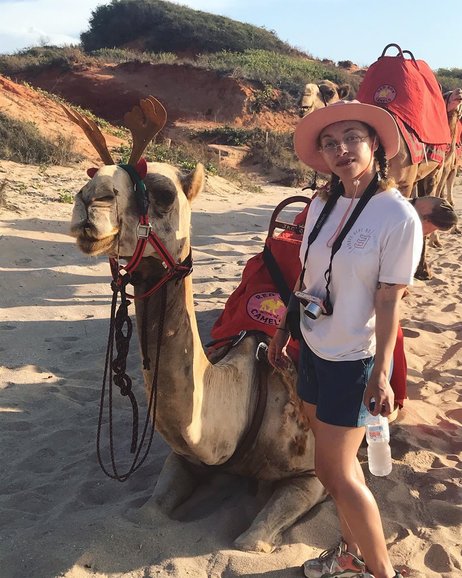 Broome is a beautiful town, with a unique blend of European and Chinese/ Japanese style architecture, a rich history and one of the most picturesque beaches in the world.

Broome is definitely a place you shouldn't miss… but somewhere I wouldn't recommend staying for very long, and here I'll explain why this is.

Before I break the bad news to you, let's first look at why you should most definitely stop off here.

The food here is ridiculously good! Out of this world in fact. Honestly, I'd say Broome has the best food in the whole of Australia! I dare you to fight me on this.

No matter where we ate, every single time, the food was incredible. If you have the spare cash I'd recommend following the food trail map, which you can pick up at the visitors centre, and just eat your way through the town until your stomach bursts.

However, the two places I highly recommend checking out, especially if you don't have the money or time to do everything is The Dragonfly Cafe and Matso's Brewery.

The food ranged around $20 across the menu, which is pretty common in Australia… for a restaurant, but, the quality of the food totally justifies the price; the coffee was fantastic, as a self-proclaimed coffee snob I give this place my stamp of approval, even though I'm not the biggest fan of dark roasts, they somehow made me love theirs, it was smooth and bitter but in a pleasing way that didn't overpower your pallet. This cafe is so great they somehow made a simple ham and cheese croissant taste better than any I've ever had (and that's my go-to meal); it didn't crumble apart all over me, which was a nice change, it tasted so fresh and soft, I died a little on the inside knowing I'd probably never find something like this again.

If you ever come here, if I haven't sold you on the coffee and croissants, one thing you MUST try is their signature Dragonfly Burger; it's honestly the most amazing burger I've tried in my entire 22 years of life, and my boyfriend agrees, which says a lot coming from him, the meat snob of the relationship. I could never quite comprehend the idea of meat melting in your mouth until I took a bite into this beauty, it was perfect in every sense; soft but not too soft, perfectly seasoned, perfectly cooked medium rare, perfectly toasted buns… ah, I dream about that burger every night.

Matso's is a local brewery in Broome, and honestly one of the best places to spend your time at, even if you're not a big drinker like myself.

Masto's is renowned across Australia for their signature ginger beer, which was also my personal favourite, and something you can occasionally find in liquor stores and even in Nandos. When you arrive in Broome, if you pop into the visitors centre they'll usually give you a buy one get one free voucher; top tip, visit with friends and/ or a partner and you can have a blast tasting all the strange flavours, and with a pint at around $8 each, I'd say it's a pretty good deal.

According to the bartender, the mango and ginger beer is a crowd pleaser and I can see why; you can burn through the ginger beer without tasting the bitterness of the alcohol, whereas the mango has a pretty mild beer taste with a sweet hint of the mango, both great for non-beer drinkers. Though I'd recommend trying some of the wilder ones like the chilli beer (I promise it's better than it sounds).
But, Matso's doesn't just have great beer, oh no, this is Broome, so of course, it also has amazing food!

We tried the fish of the day, which was a Barramundi (locally sourced). I don't know where all these chefs in Broome came from, I never would have expected to find something this good in a pub of all places, when I usually go to a pub I expect 5 day old, microwaved fish and greasy chips that'll make me regret my life as I lay on the bathroom floor wishing for death, not a high-class meal like this! 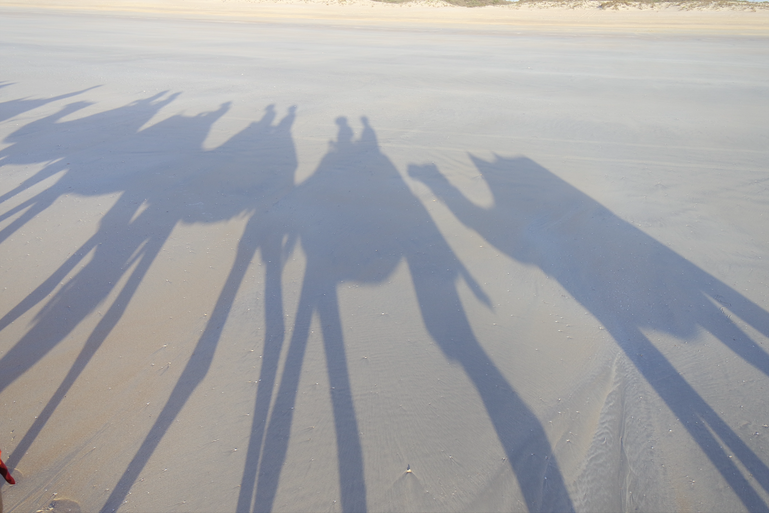 Cable beach is one of the most scenic beaches in the whole of Australia, especially during sun set… whilst sitting on the back of a camel. It's one of those beaches where you want to take a nice long stroll across is, preferably away from the jellyfish infested waters… but that aside, it really is a very romantic, relaxing place to be; the remoteness makes you feel so far from the rest of the world, it's almost a freeing feeling. The sunset is absolutely beautiful, watching it glimmer on the surface of the ocean, emitting a strong red glow as you watch it sink slowly into the sea.

This truly is a must-see. I highly recommend booking the sunset camel ride, and having a picnic on the beach. If you have the money I would also recommend booking into one of the resorts on cable beach as it's well worth the price.

The Japanese cemetery is a fantastic place to visit and experience the history of this small town. I would highly recommend taking a tour as opposed to visiting on your own as you'll get more out of the experience. I think learning about the pearling history and the importation of people from japan is fundamental to understanding the history of Broome and Australia as a whole 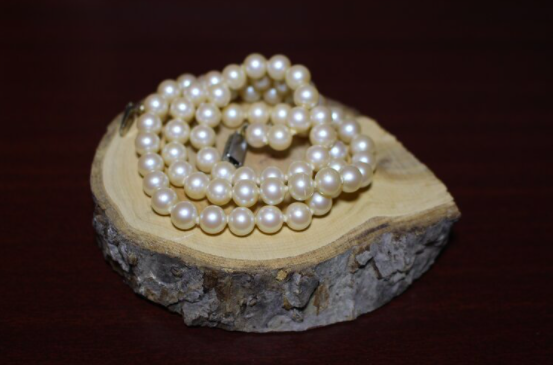 Broome markets is one of the better markets we found in Australia, probably my second favourite. The markets typically run every Saturday, so make sure you're there for the weekend; the markets are significantly smaller in Australian summer, so I would recommend visiting some time in June or July if you have the chance.

At the market you can find a fantastic array of locally made items, and best of all, you can buy some locally sources, authentic Broome pearls, or if you're not willing to spend that much you can buy the cheaper pearls sourced from Asia instead, which you can find for as low as $5.

And Roebuck bay lookout, this is just on the outskirts of town, just within walking distance. While exploring town you should definitely spend a few minutes here to just appreciate the scenery, and take in the view of the ocean.

As it's a small town, there aren't many things to do, you can walk up and down the entire length of the town in less than 10 minutes, and the town is really only about two streets. Cable beach also doesn't have much around it other than a few restaurants and a convenient store about 15 minutes down a dirty road.

I stayed at Broome for a week and quickly realized this was a huge mistake, we spend most of our time swimming in the pool and waiting until we were able to leave. Which is why, if you plan on staying longer, I recommend staying at one of the resorts on cable beach and just spending this time relaxing and enjoying some quiet time.

Everything is ridiculously expensive! Specifically the food. We struggled to budget despite not doing many activities, because of the food it was difficult to stay on track with our spending and because Broome is known for its pearling industrying, you can find an array of jewellery and antique stores across the town, which are also extremely expensive.

If you're on a budget, even more reason to spend as little time in Broome as possible, and if you're itching for some pearls, wait until the market opens.

One of the reasons why Broome is a bit boring to stay at, for us isn't because of their lack of attractions in the region, but rather the inaccessibly of them.
One reason why it was difficult to explore Broome is because of the heat, Australian summer ranges around 40ºc, on top of that Broome is extremely humid, therefore it's practically impossible to walk even 10 minutes in that heat (no joke), even walking to the Japanese cemetery was a feat.

Another reason why it was difficult is because having a car is very vital to seeing everything, such as the dinosaur footprints, further out of town. Broome doesn't have many buses running, especially during Australian summer, therefore your only chance of really exploring the region id by car, but even then, most places will be closed during certain times of the year, that's why it's vital that you visit during the tourist season, which is June and July.

So there is it, the pros and cons of Broome. Hopefully this will give you the advice you need to either save money as you're travelling, and/or how to make the most out of your time here. 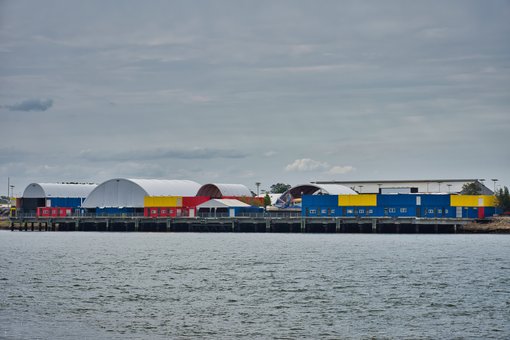 Eat Your Way Around the World at Eat Street Northshore Brisbane 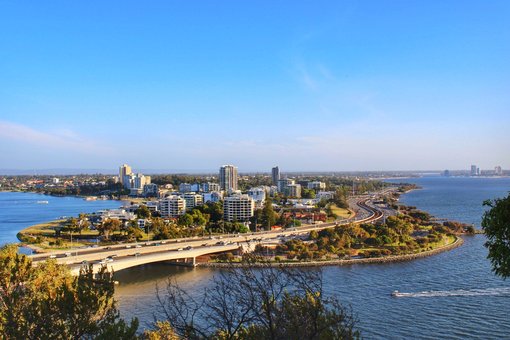 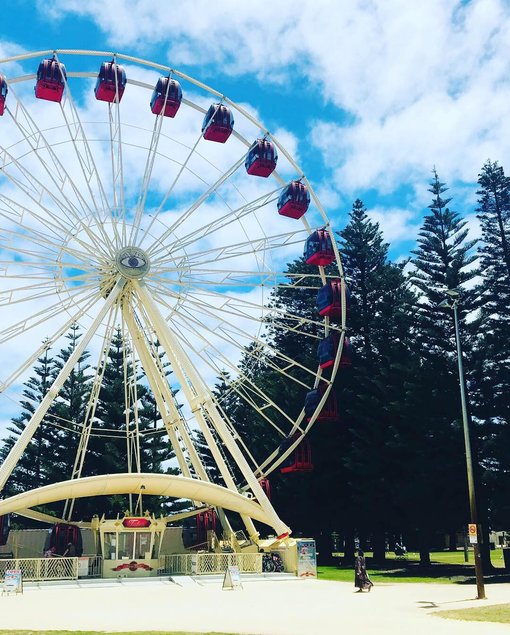 Perth: 5 Places You Must Know