If you are a fan of the Lord of the Rings and the Hobbit you can't go to New Zealand and not go to the Hobbiton movie set. For me, it was a dream come true and a very emotional day as well. Here how this day went!

The day started early as we had booked our tour for 10:30. We arrived to the ticket office grabbed our ticket and after waiting for a little we hopped on a bus for a 15 minutes ride inside the Alexandre's (the family that owns the land) property to the Hobbiton.

After 15 minutes we arrived at the movie set. There the guide told us that the first thing he'll do is destroyed our childhood dreams. And he kind of did...
See there is a small detail that I don't remember seeing on their site when booking our tickets (maybe it's there but I didn't see it) although.... when you really think about it makes total sense. That is, that the set was left exactly the way it was for the movies. And the thing is that all the scene inside hobbit holes were shot in Wellington in a studio. Which mean that all the hobbit holes are empty and you can't get inside. There is no inside of Bag End nor any other little house. Which was heartbreaking.
Some people will comment that they could have created one hole where you can get it just for the illusion and I'll be honest, I disagree. Because it would mean that you'll see something that was never used in the movies in the first place, something that is not authentic. And I prefer to visit something authentic than something fake just for the sake of a photo. But this is my opinion.

Also, another thing that is worth mentioning is that this is a movie set, not an amusement park! Which means that there are not people dressed as hobbits(es) walking around and pretending to live there. The place is like a museum and I personally appreciate that tremendously. Both the Alexander family and Peter Jackson wanted to keep it as it was for the movies and that what they've done.

So if you expect to see an actor playing an ugly version on Frodo you won't get that. And for me, that was perfectly fine. You might see some visitors dressed as elves though, we had a sweet couple with us. I still believe that the place was amazing and worth it.

So the tour started at the bottom of the village. There were little doors with tiny little gardens everywhere and the number of details they put it were mesmerizing!

We follow our guide through the village as he constantly gave us facts about the movies.

Fact. The Alexander family own thousand of sheep that run free through the hill. And for one of the long-shot Jackson needed sheep in the background. But unfortunately, the Alexander's sheep weren't the right breed. So he asked the family to take away their sheep, and he brought thousands of sheep that where the breed Tolkien had described in his books. All that for one long-shot scene that we see for less than a couple of seconds!
He also told us that after the first trilogy the whole set was taken down. And then Jackson came back for the Hobbit trilogy and rebuild everything as it was 10 years ago. This is where the Alexander family told Jackson that they would like to keep the movie set as it is and not taking it down again at the end of the new trilogy. And I'm so glad they decided that!

Fact. This is the tree on top of Bag End, although everything in the set is real even the fruit and vegetable that you can see on some photos... The tree is the only fake thing on set. Yes, the tree is fake and you can't even tell unless there is wind.

Fact. When they first build the tree and Jackson came to see it, the colour of the leaves was not the colour that Tolkien described in the book. So guess what? He put two people to repaint all the leaves one by one, by hand! That's sound crazy but I guess this is how you win Oscars!

I admit that when we arrive in front of it was quite emotional. 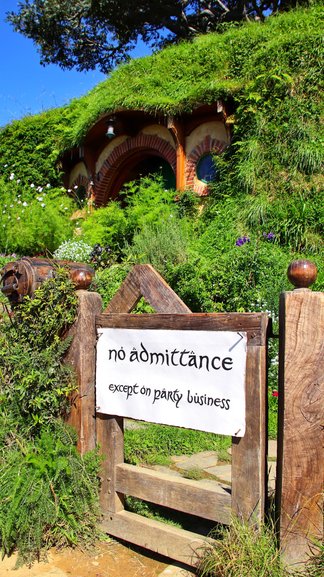 The above picture is Sam's house. And this is the last shot we ever see at the end of the Lord of the Rings trilogy. When the guide mentioned that it gave me goosebumps! 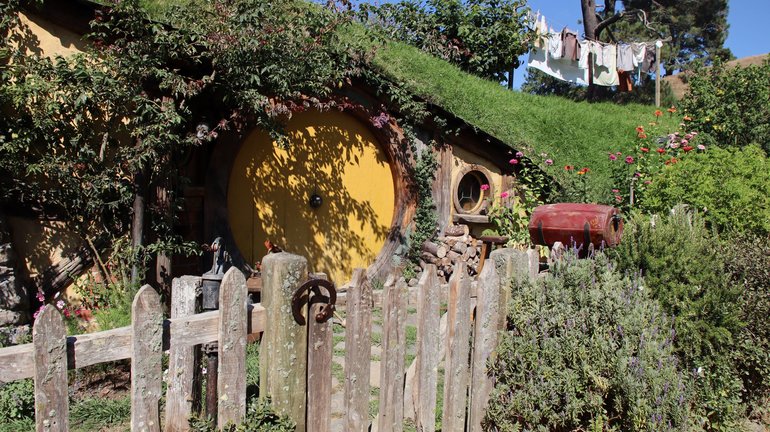 After the last hobbit-hole, we made our way towards the field of Bilbo birthday and across the bridge next to the mill. 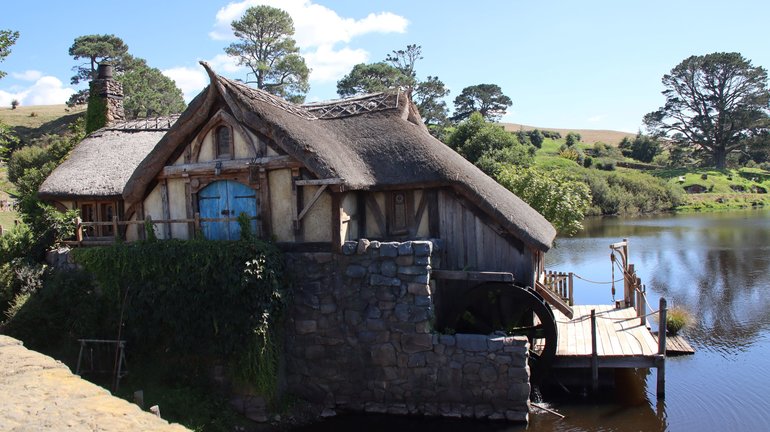 Our tour ended at The Green Dragon tavern where we were offered complimentary drinks and enjoy the place for a good 15 minutes and take some nice photos. And then it was time to jump back into the bus and back to reality...

Note: In the evening tours you have the option to also have diner there, which sounds amazing! I was tempered to book an evening tour to be able to experience the banquet but to be honest, we had so little time and so many things we wanted to do that we had to sacrifices some things. If I ever have the opportunity to go again I'll definitely go for the evening banquet. 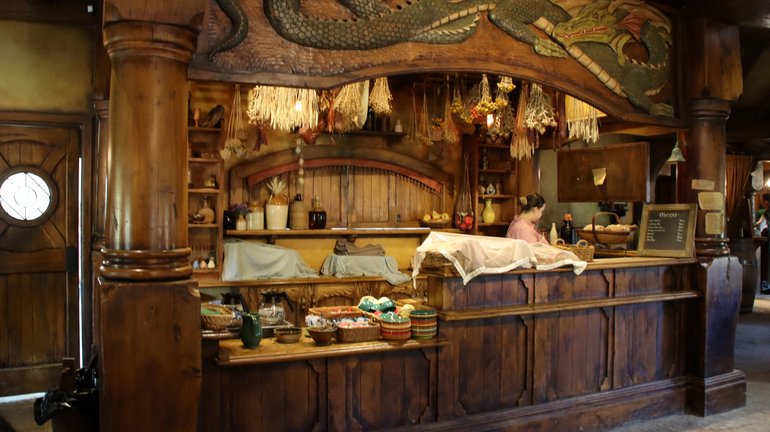 And that was it. It was an amazing experience and I truly believe that even if you are not a Lord of the Rings fan it worth the visit. You will still earn a lot about how movies are made and the effort it takes. And if you are a huge fan, well you'll be transported into one of your favourite worlds!

Hello, my name is Natacha. I’m French on paper, born and raised in Greece and currently living in the UK and working as a Game’s Programmer for an indie studio. I love travelling and landscape photography (try my best). And I want to share my experience with other like-minded people. I hope you'll find my tips helpful