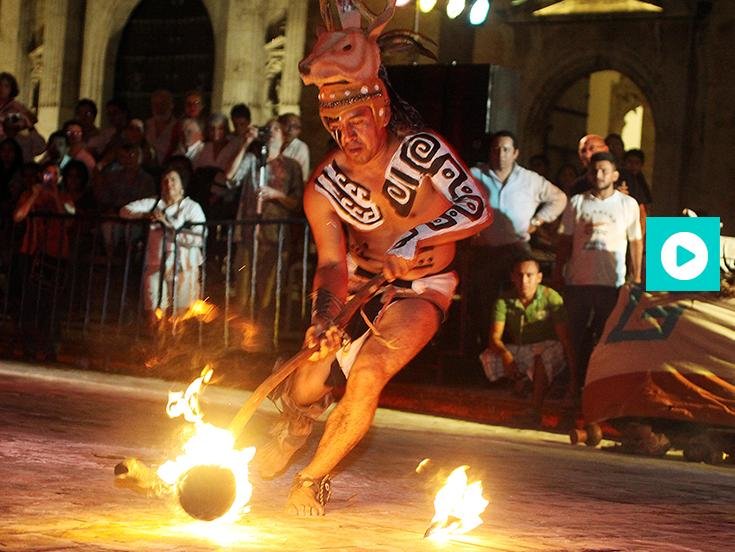 If you come to Merida on saturday night you can enjoy the re-enactment of the traditional maya ball game on saturday night at the Main Plaza. There are two teams like in the most common sports and tha ball can be played in some cases with a stick and in other styles with the shoulders, the arms or the hips and it is not allowed to use neither the hands nor the feet. The pourpouse of the game is to get the ball through a ring stone and whoever does this scores a point and wins the game because it is quite complicated to do it and in many cases any team achieves this goal. The ball is made with the rubber obtained from the tropical tree known as "caucho" and it is hard to keep the control of it while it is bouncing.

According to the maya legend transmitted through the Popol Vuh the game was originally created by the god Hun and his brother Vucub who were extraordinary players because they were all the time practicing it. The constant bouncing of the ball on the ground disturbed the gods of the death that live in the underworld. That is the reason why these evil gods decided to challenge the two brothers to play a match against them, but this was just a trick to get rid of them, because as soon as the siblings arrived to the ballcourt they were beheaded and their heads were buried deeply in the soil. That is exactly what happened with the people who lost the game at Chichen Itzá, they were sacrificied and their heads were thrown into the holy cenote.

The human heads were considered by the ancient maya people as seeds that fertilized the soil, therefore this kind of sacrifices was a way to guarantee good harvest during the year.
You do not need to be afraid, nowadays this game is just a show for tourist and locals here in Mérida 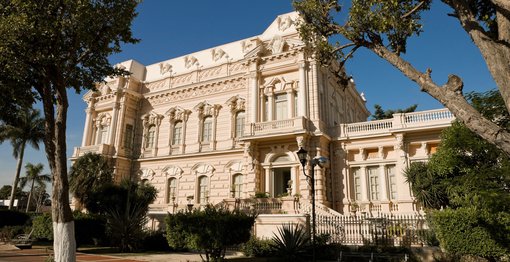