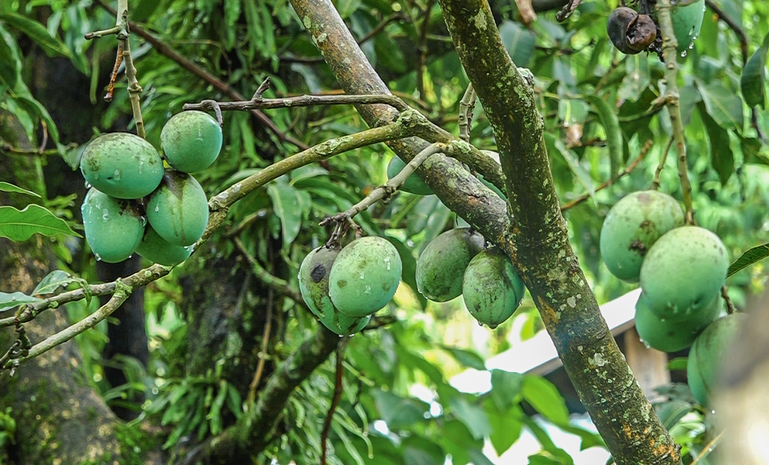 A five-day shoot at Gyajha, Gorkha-Nepal! I was very excited as it was my first shoot outside the valley. We were there to cover ‘Kouda', a festival celebrated by Magars. It was only four-hours drive from the Capital (Kathmandu) and I assumed that the experience wouldn't be a novel one. However, it turned out to be one of the best moments ever to reflect back, enjoy the moment being conscious and present, and get in touch with my own inner self.

It was raining like cats and dogs and that's usual for a monsoon in Nepal. We arrived Mugling bazaar after driving for 4 hours. We were supposed to walk for the next 5 hours on foot from Mugling to reach our destination. Fortunately, we came across a small yet heavily loaded truck with foods and other stuff heading towards the same village that we were going to. It was fun and adventurous. The already overloaded truck continued giving ride to every person that it would come across. There I was, sandwiched between two big ladies. My phone was ringing continuously for the last 15 minutes and it was almost impossible for me to reach out to my backpack to pick up the phone. As soon as I decided to get out of the truck because I could no longer sit squeezed, there was a magical moment; something went wrong with one of the tires. I jumped off of the truck, happy and relieved. We started walking and I was enjoying the privilege endowed upon us for being a girl. All luggage and filming equipment were carried by my three male colleagues. ‘Lucky me! ' I whispered and did a mental dance. Then, all of a sudden I got stomach cramp. 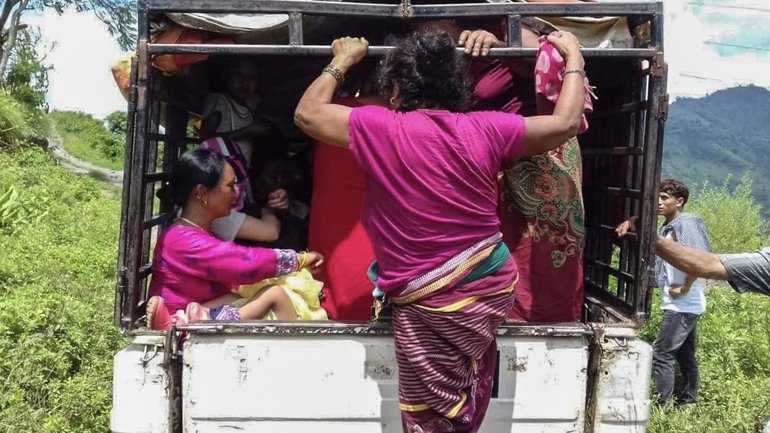 Gosh!!! No! It was the time! Yes, I knew the time was near but I had my fingers crossed that my period would spare me some time. I felt like the world was upside down, there comes the cons of being a girl. I could barely walk on the slippery roads across the steep hills. Stomach cramps and the fear that I might have stained my pants scared me like hell. The fear started growing larger but, somewhere deep in my heart, I realized a constant reiteration of the fact that I had decided to take this journey, to explore and travel. I felt uplifted and restarted my mental dance from where I had left. 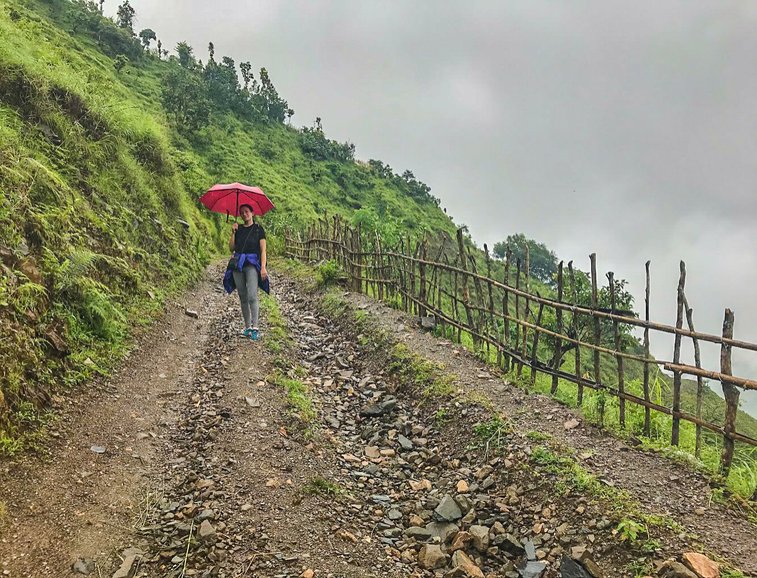 It wasn't long since I had lost my dad. I am the youngest child in my family. With most of the time my brother gone away from home for his study or work, I was always referred to as the youngest son by my dad. Blunt and straight forward, I was never held back by anything tied to the notion of gender. My dad had realized that strength in me. He was proud to see that. I again felt like I was not letting him down. I and my dad always had those conversations where I would talk about my dreams. He must be looking from somewhere above and really proud of me! With this thought, I regained my strength climbing the uphill again. 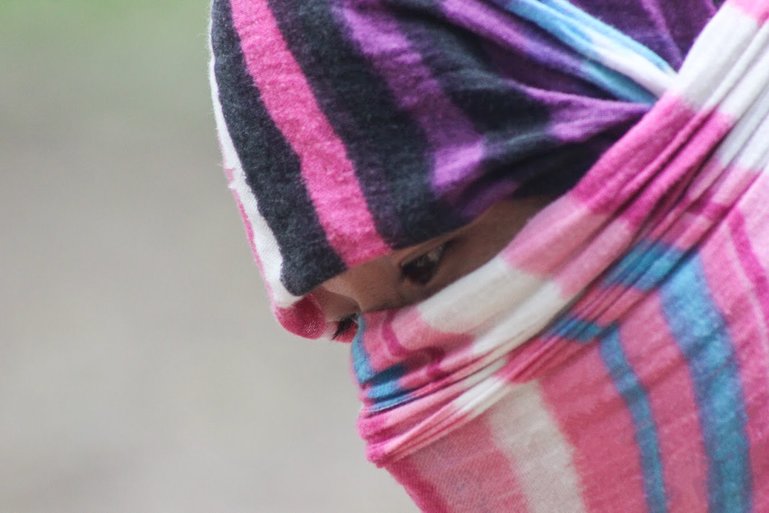 “We are here”, that was a relief! I heard one of my colleagues say that. With so many thoughts playing in my head I didn't even realized that we came such a long way. My eyes were fixated on a mango tree which I had noticed from a mile away. I have always loved mangoes in all forms and shapes; raw mangoes, ripe mangoes, mango Juice, mango pickle, mango curry, dried mangoes, and so on. I looked at the mango tree standing high on a cliff with its luring golden fruits. A mission for the next morning! I smiled as I had to focus on the festival shoot.

The preparation deserved a good applause. It was so well done. There was this place where all the villagers gathered together for the feast and dance. Women and girls were busy cooking at their best and I learned that if someone gets impressed with the cooking he could put forth a marriage proposal to the girl. Lucky me! I was not cooking anything and nor did I have any plans for an impromptu marriage proposal. After filming for a while I looked at my watch and realized that it was already past midnight. What seemed like a while had already been hours in fact. To be honest, I was multitasking while we filmed the event, I was constantly remembering my mission for the next morning. I often visualized myself climbing up the cliff and my hands reaching out to those golden yellow fruits. 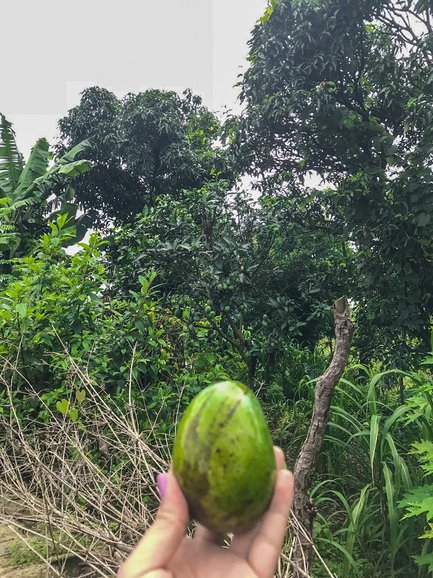 Finally, we were done with the shoot for that day. I looked forward to a good rest after the long day. I got up very early before everyone else did and walked to the restroom which was a mile away. I pondered for a moment on why the restroom was a mile away from the house but didn't figure out any good answer. Anyway, the moment to climb the cliff for that golden, juicy mangoes was there. I started climbing and villagers were surprised to see a town girl run and climb the cliff like that. However, I couldn't explain them that my strength and courage dates back to my childhood acts where I grew up playing, running and jumping around the hills. When I reached the top of the cliff, and extended my hands towards the fruit, I was left awestruck by the view in front. Never, had I noticed before such a beautiful view which looked like a canvas by a great artist. 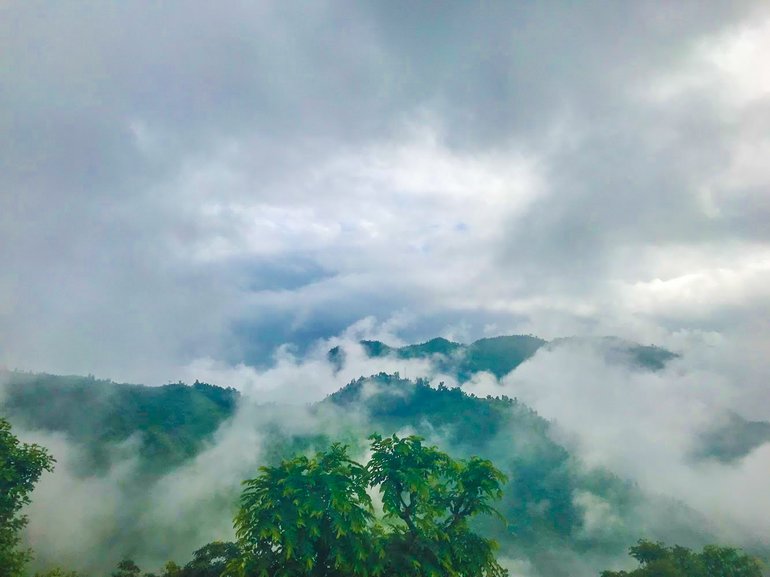 I couldn't have asked for more after the climb. With the imagination that my fingers were touching the mountain peaks in the horizon, I moved my hands very slowly. I reminded myself that the beauty is to behold, to treasure and then quickly rushed back to my room. I grabbed my camera and climbed up the cliff again and locked the beauty of nature in the form of photograph. I smiled, and thanked the mango tree for propelling me with its fruits to climb that cliff. 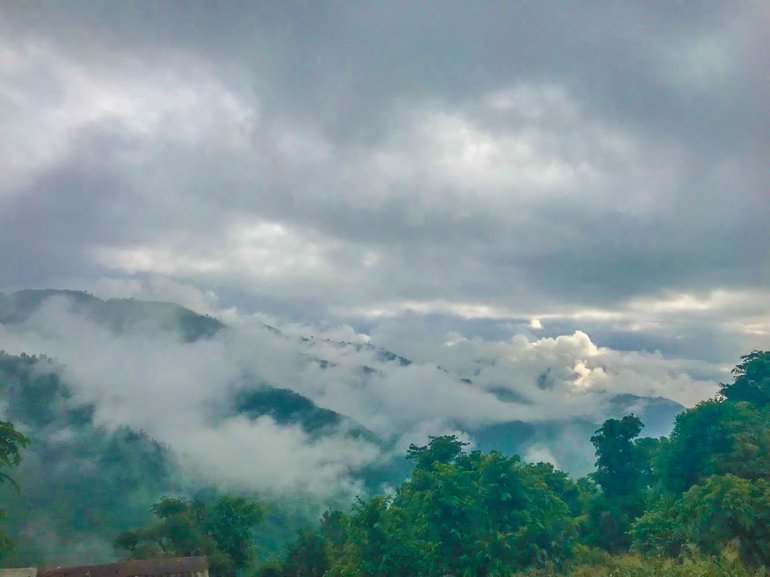 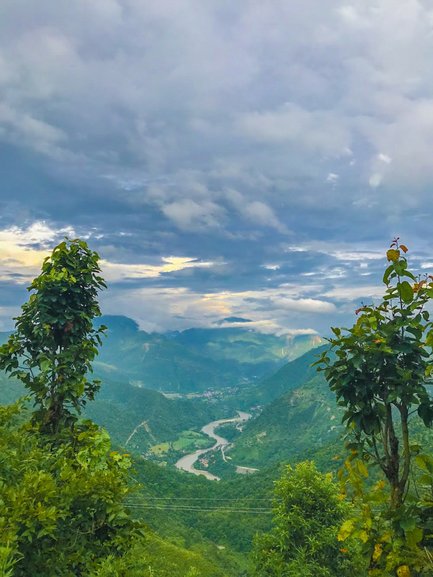 If you are interested by this region, there are plenty of tours & activities to do around Gorkha!

Hi, I’m Deepa, from Nepal, a journalist by profession with a passion for photography and travel. 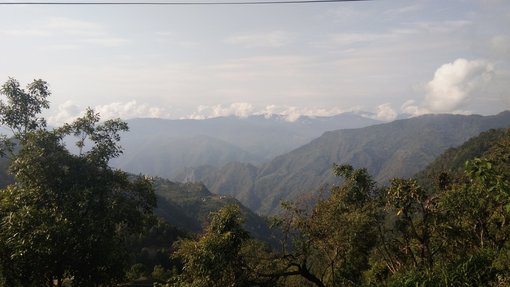 What and How to visit Kathmandu city? 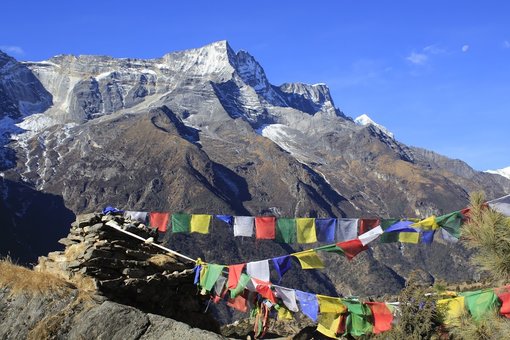 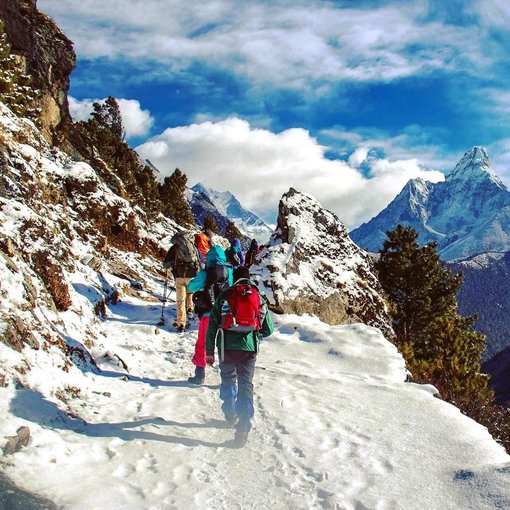