The Middle East has old traditions, cultural expectations and long-inherited customs and expectations of both men and women. Learn these traditions to connect with locals and have a more easeful and pleasant experience.

Men should wear long trousers and a shirt that covers their shoulders. Thought T-shirts can be worn, button down or long sleeve shirts are seen as more respectful. If choosing to wear shorts, opt to cover your knees. Women should wear long pants or skirts and long sleeve shirts fully covering their chest and nape of the neck. But don’t worry, this doesn’t make you feel hotter! In fact, the longer layers provide added sun protection in the hot summer months. Just make sure to choose light and pleasant fabrics to stay cool. Wearing a headscarf is a personal decision and should also depend on the level of conservatism where you are traveling.

As a rule of thumb, if most of the local woman have their heads covered, consider wearing a headscarf if you want to blend in more and attract less attention. Blonde and red hair may afford you unwanted attention and touch if left uncovered. You will be expected to cover your head at religious sites. And in Iran, northern Pakistan, and certain areas of Afghanistan, you are required to cover your head. In Saudi Arabia, foreign women are not forced to wear head-coverings, but it is ill-seen to do otherwise. In some sites, men are also required to wear a head covering. Always ask before photographing someone, particularly people of the opposite sex. Shoes must be removed and you must remain quiet and respectful of worshippers at religious sites.

Men will shake each other’s hands or often hug and often hold that shake for a very long time. It is also common to see men holding hands, as a sign of friendship. Men do not shake a woman’s hand unless she extends her hand first. As you get to know people, you may find that they will offer a kiss on the cheek and a hug, usually to members of the same sex. Avoid public displays of affection with members of the opposite gender.

When meeting with a couple, give equal attention to the man and a woman as too much attention to the opposite gender could be considered disrespectful, particularly if it is someone’s wife or husband. When asking about a person’s family, if you are male, refrain from asking too many questions about a man’s wife. Men should apply common rules of chivalry including always offering their seat to a woman. Greet everyone individually. Put elderly people first. Open doors for them, serve them food and greet them first.

You will likely receive invitations to eat in someone’s home while traveling through the region. Provided you use basic safety measure in evaluating the offer, bonding with people at home will be some of your most memorable moments. Make sure to bring your hosts a small gift such as flowers, sweets or delectable food items. Don’t bring alcohol or wine unless you specifically know that your guests drink or that they are not Muslims. Your hosts may not open your gifts, as in some cultures it is considered rude to open the gift in the presence of the giver. It is considered polite to wash your hands before meals. If you are sitting down on a rug, even just to have tea, remove your shoes before sitting. It is an insult to show the bottom of your foot to another person so keep both feet on the floor. Don’t sit with your legs stretched out or crossed. Sit on your knees. Sit beside a person of the same sex unless your hosts ask you to do otherwise. Never eat with or accept food with your left hand. Refrain from blowing your nose at the table.

If you are about to eat, even if there is only enough for one person, it is considered polite to offer the food as a sign of generosity. When eating out, be prepared for family style eating and indulge in the sharing of large plates of delicious food as a group. Accept as much food as is offered to you. Leave a little food on your plate at the end of the meal, to show that you were well fed. Your host will often offer you the best pieces as the guest, it is considered good etiquette to accept them. Don’ t take food until it is offered to you. Picking teeth after a meal is common, and toothpicks are often provided. Wait for tea or coffee to be served before leaving and always accept to drink it! Tea will always be served to the top to treat guests well. At the end, the host will escort you to the door or even to your car.

Do not ask for pork or alcohol. Muslim tradition frowns on consuming pork or drinking alcohol. Observant Muslims consume Halal food, which involves a particular preparation of the meat. However, you might be invited to partake in hookah or shishah, a Middle Eastern-flavored tobacco which is smoked. In the fall, Muslims observe a full month of fasting and festivities, called Ramadan. During Ramadan, Muslims abstain from eating, drinking and smoking between sunrise and sunset. When visiting during Ramadan, refrain from eating, drinking or smoking in public or in front of staff or business associates. During Ramadan, families and friends break their fasts together at a huge meal called iftar, to which you may be invited.

Muslims pray five times a day: dawn, noon, afternoon, sunset and night. Muslims may pray in public places. You will often hear the Muezzin calling the faithful to prayer from the mosques. Fridays are generally the day of prayer and rest with Friday and Saturday being considered the weekend. Religion is a popular conversation topic in the Middle East.
You may be asked about your religion and beliefs. Allow yourself to flow with the conversation to better familiarize yourself with the local pulse. It’s usually easy to explain that you are Christian or, in some circumstances, Jewish. Though you may only want to disclose the latter if you are traveling to nations with Jewish communities or peaceful relations with Israel. Most Muslims will take the opportunity to share the common origins of monotheistic religions as “people of the book”. If you are atheist, you may prefer to say that you are not religious, as this can be an affront to the Muslim’s very existence unless you are open to hearing about the merits of becoming a Muslim. Consider responding that you are not religious if you prefer to not discuss this. Phrases like ‘You’ll find God soon, God-willing’ are a measure of someone’s affection for you and a reasonable response would be shukran (thank you). Non-Muslims may or may not speak to you about religion, depending on their current level of coexistence within their country.

Refrain from talking about politics or expressing criticism of the country unless you are very close friends with someone. You are better off not arousing suspicions or coming across as critical. Do not take photos in mosques or at military installations.

Try to learn some of the standard greetings – it will make a very good first impression. Always ask before taking photos, particularly of people and those of the opposite gender. To deal with persistent souvenir hawkers, it’s best to offer a fir “No, thank you” or in Arabic “La, shokran” and walk away. Although customs vary from place to place, haggling is very much the norm in many Middle Eastern stores. Prices in shops may be set high on the assumption that the customer won’t pay the full price. Negotiate a bit with the shopkeeper to get a better deal, especially in marketplaces and bazaars where there is individual ownership but less so in chain shops that have parent companies. You may be offered a coffee while you shop. Accept if you plan on making a purchase or if you’re already at the register putting the transaction through. This simple hospitality is usually accepted out of cordiality.

Baksheesh is a form of tipping. In the Middle East, anyone can directly you ask for a tip for just about any service, whether it’s a necessary service or not. And many people are not shy about asking for a tip. Hospitality workers, including hotel maids, bellhops, valets, and restaurant wait staff, should be tipped. This is because these jobs are low-paying and it’s assumed that baksheesh will make up a large portion of the worker’s income. For other “services,” the cultural push to tip is less pressing—you don’t need to tip everyone, even if they ask for a tip, and you especially don’t need to tip if you didn’t like the service!

The concept of time in the Middle East is generally seen as fluid, and many Middle Easterners are more relaxed about when an appointment or event ends or begins, both at work and at a social gathering. You should always be on time or notify the host if you will be delayed but don’t be surprised if you are sometimes kept waiting.

Not every person is the same or has the same background in every country. Additionally, each country in the Middle East has a unique culture and history. Many people in the Middle East are not even Arabic or Arab speaking, and not everyone is Muslim. Iran, Israel, and Turkey are not Arab nations. Lebanon is 40% Christian with at least four different denominations. In the Middle East, you will find Orthodox Christians, Armenians, Jews, Kurds, and many more ethnic and/or religious groups. Do research on the customs, norms, and particular groups that inhabit the particular country you are going to visit. The Muslims too will have differing customs in the different places you visit, even within the same regions. Despite the unfortunate conflicts currently consuming some areas, the Middle East is stunning and vast with warm people, delicious food, artistic architecture, passionate music, gorgeous beaches and passionate dance. Enjoy every moment of your time there!

We're TriplnR! Our app and site allow you to ask your travel questions in real-time by sending your question as a messenger chat. Experienced travelers and locals answer you within the day! Get quick pertinent answers to your travel questions and make travel acquaintances who love to travel just like you. Totally free. 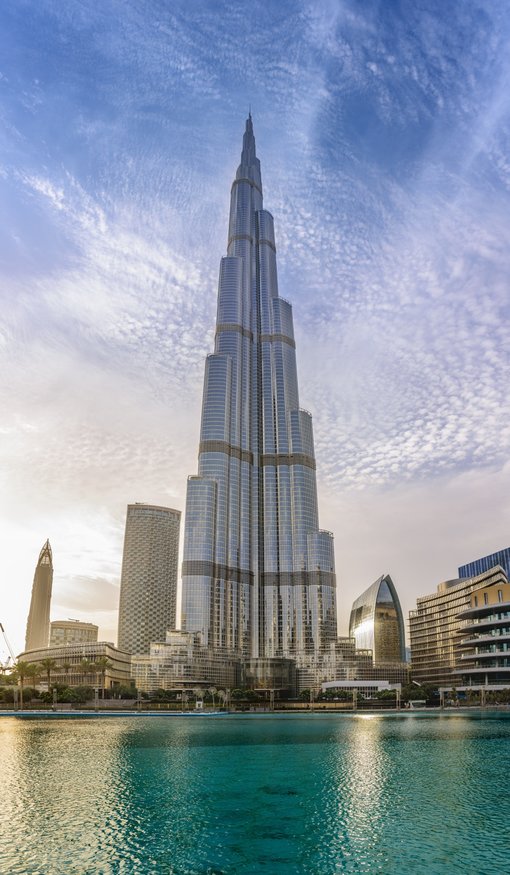 Dubai on a budget 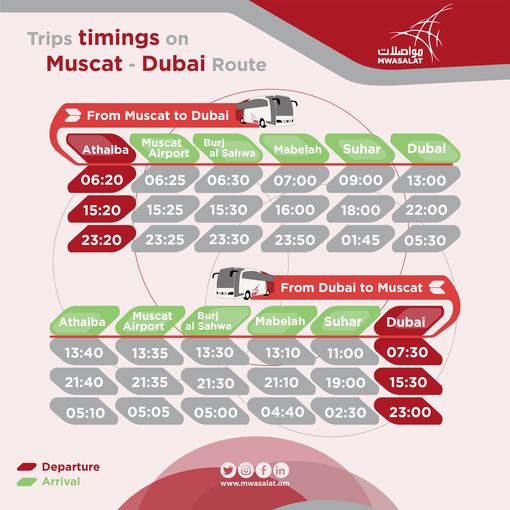 This 5-day, Mid-range itinerary takes you on a journey through Tanzania’s unrivaled wildlife destinations – Tarangire, Manyara, the Crater, and the fabled Serengeti – to deliver a dramatic and diverse big game safari. Begin your adventure with the beautiful Lake Manyara with its thousands of flamingos, before moving on to encounter t