Have you ever thought about researching your next trip to Paris by diving into a novel? Of revisiting a trip you have made through the eyes of an author (especially now when we can't travel)?

1. I Love you too Much by Alicia Drake - In the sixth arrondissement everything is perfect and everyone is lonely. This is the Paris of thirteen-year-old Paul. Shy and unloved, he quietly observes the lives of the self-involved grown-ups around him - A stunning way to get under the skin of the city

2. Isabelle in the Afternoon by Douglas Kennedy - Paris in the early Seventies. Sam, an American student, meets a woman in a bookshop. Isabelle is enigmatic, beautiful, older and, unlike Sam, experienced in love's many contradictions. Sam is instantly smitten – but wary of the wedding ring on her finger.
What begins as a regular arrangement in Isabelle's tiny Parisian apartment transforms into a true affair of the heart, and one which lasts for decades to come.

3. Lullaby by Leïla Slimani - When Myriam, a brilliant lawyer, decides to return to work, she and her husband look for a nanny for their two young children. They never dreamed they would find Louise: a quiet, polite and devoted woman who sings to their children, cleans the family's chic Paris apartment, stays late without complaint and hosts enviable birthday parties. But...

4. Paris Spring by James Naughtie - Paris, April 1968. The cafes are alive with talk of revolution, but for Will Flemyng – secret servant at the British embassy – the crisis is personal. A few words from a stranger on the metro change his life. His family is threatened with ruin and he now faces the spy's oldest fear: exposure.

5. The Lollipop Shoes by Joanne Harris - Seeking refuge and anonymity in the cobbled streets of Montmartre, Yanne and her two daughters live peacefully, if not happily, above their little chocolate shop. Nothing unusual marks them out; no red sachets hang by the door.The wind has stopped - at least for a while. Then into their lives blows Zozie de l'Alba, the lady with the lollipop shoes - ruthless, devious and seductive. 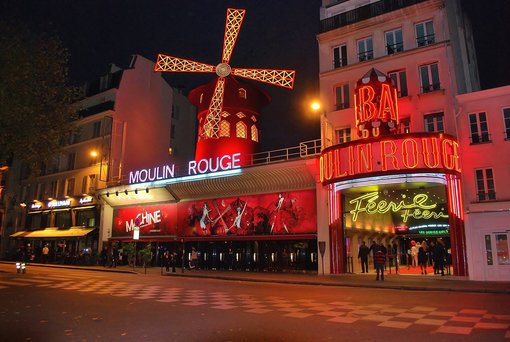