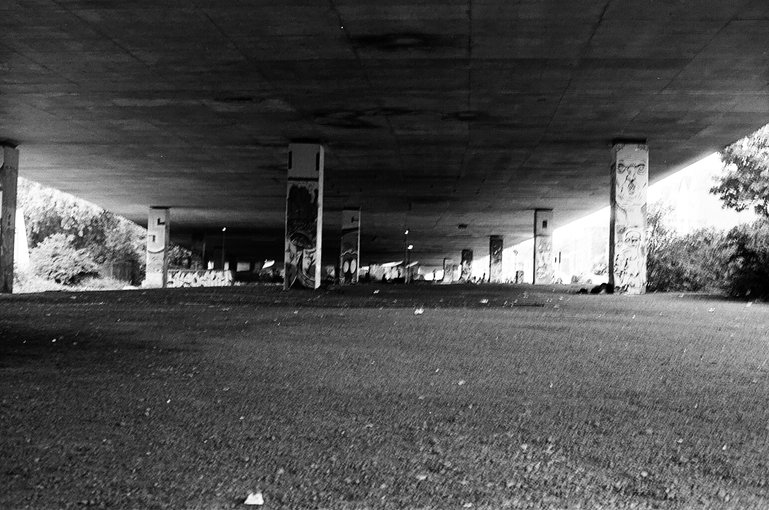 Bristol Skate Park under a motorway in 35mm

It's a mid-summers nights dream in an old outdoor swimming pool covered in graffiti, overgrown foliage and lit up by neon strip lights. Shakespeare is fired into my ears and jolts me, excites me; is this a dream? The dystopian wonderland that is Bristol has me convinced it is…... 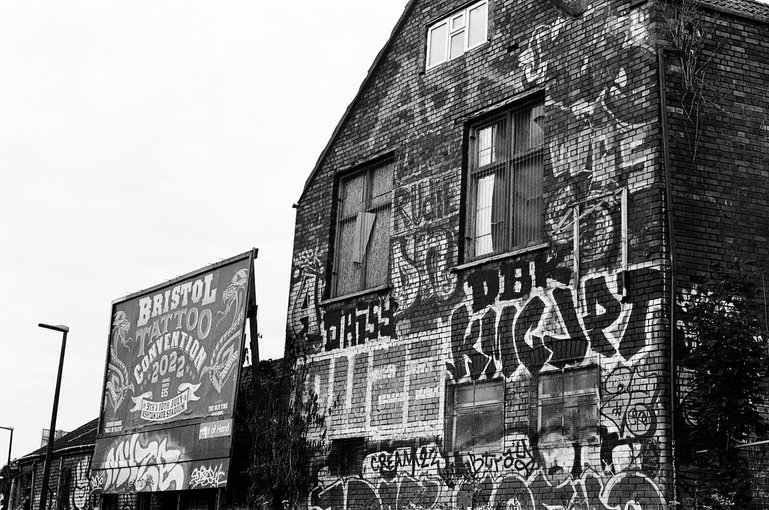 Graffiti on Building in 35mm.

The film I'm loading into my camera is a cinestill black and white double negative and it's in preparation for what is outside the front door. The streets, are awash with colourful graffiti that I'm sure will look great with this film. A friend and I walk down church street heading to a popular Mexican restaurant that's been recommended. I have missed the hustle of a city. The edginess and the closeness you get to people from all walks of life. This living muriel beats reminiscent of a scifi, with new buildings mixed with the old, all covered in graffiti. Coming from a rural town I have forgotten how diverse and interesting and colourful people can be in a city. It becomes a huge playground and the writing on the buildings, phone booths and just about anything (including mattresses) become the evidence.

Chido Wey is a hip Mexican restaurant with a simple menu done in a way that excites and satisfies. We sit outside and the bustle is not out of place with the theme of inside.

Full and keen to walk off the food we take a scenic route through the park by a river (avoiding the weeving hover carfts, that everyone seems to be on) and we come upon a skate park that sits under the M5 Motorway. The use of this space, the echo and the grimy lack of nature, brings me contentment. The hum of traffic is low, the light is dampened by the massive structure. The distinct sounds of skaters amplify and bounce around this cave. People expressively sit and skate and rebel. A dank river still below and behind a razor wire, lets you hear the darkness and light fighting it out. 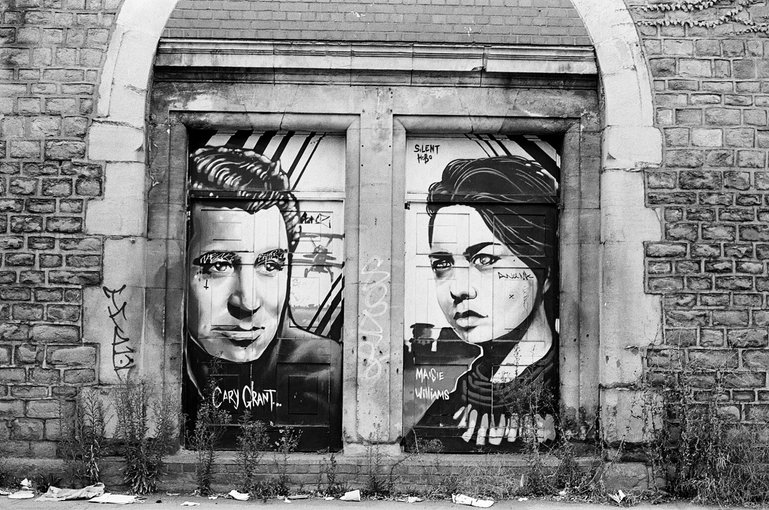 The play we are going to watch has been put on by Bristol born: Insane Root Theatre company. They specialise in reimagining classic plays and presenting them in unusual locations. The location for this production is: The Old Swimming Pool Garden in Eastville Park.

This reimagination of Mid-summers night's dream has me confused from the off but I quickly don't care for the fun I'm having. The laughter soon comes and then doesn't stop throughout, and I piece the plot together and have my own unique experience. This semi-interactive production has the crowd involved too with actors leaning, pleading and running past you. As the light fades the neon lights stand out and the actors faces all take on that hue, the vibrancy is intensified as I'm drawn further into the plot. Shakespeare's men and women conjure the magical feeling in me of youth and innocence. This surreal dystopian playground is after food water and a mate, might be the best way to spend time with other humans.

With the bow of the actors and night fully upon us we walk into a different Bristol that is alive; but that is a chapter of the dream for another time. Good Night.

Curious traveller who needs to see, hear, smell and touch in order to feel a destination to write about. Bit unorthodox, always learning. 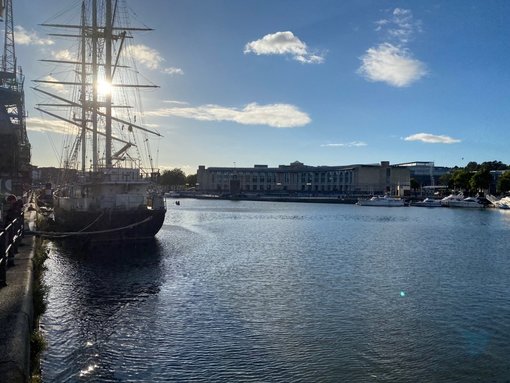 A Weekend in Bristol, UK