Salento's main city is bursting with piazzas and palazzi built using creamy limestone in barocco leccese style. The Basilica di Santa Croce (Via Umberto I, 1) has one of the finest and most intricate Baroque facades in Italy.

Remnants of Lecce's Roman history are still on display. A theatre and an amphitheatre are testament to its importance as a flourishing Roman city.
The old town is packed full of good restaurants, busy bars and some of our favourite boutiques (there is no concept of "high street" here). Lecce is open for business all year round.

The city is a good base from which to explore Salento. It takes just over an hour to drive to Santa Maria di Leuca at the very tip of the heel of Italy's boot.

The colour of Lecce is astonishing. From the cream of its baroque architecture - almost every building is constructed out of “pietra leccese” a soft, local limestone - set against the azzurro blue sky, to the faded colours accessorising the palazzi.

Puglia is no stranger to invasion. The early 17th century saw an invasion of a cultural kind: the Baroque! Over the course of a hundred or so years, Lecce changed face almost completely. Existing churches and buildings were given makeovers and many new ones were built by. Baroque Lecce was born and over the next two hundred years transformed into what can still be seen by visitors ambling around the centro storico. 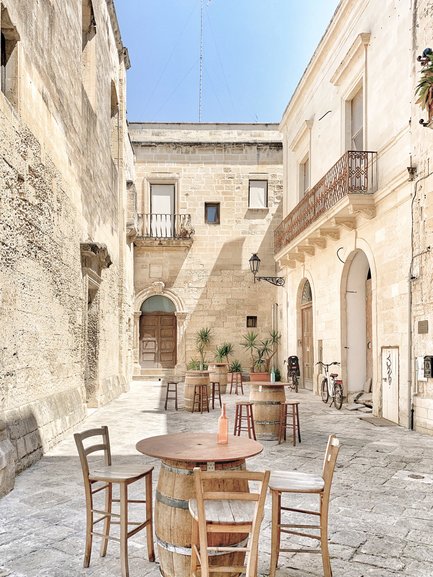 Entering the old town from the Porta Rudiae takes you directly to the Piazza del Duomo, for the Cattedrale di Lecce with its double facade and five-storey bell tower or campanile, the Sant'Oronzo Column, a Roman column topped with a bronze statue of the city's patron saint (the same patron saint as Ostuni, although Saint Orontius of Lecce, the first bishop of Lecce, was born in Rudiae, Lecce), and the sunken Roman amphitheater.

Take your time to contemplate the facade of the Basilica of Santa Croce only recently revealed after years of restoration works. The detail - made possible by the soft Lecce limestone - is astonishing. Flowers, fruits, cherubs, mythical figures, animals and sculpted figures almost seem to form an external altar.
Amble through the narrow streets of the old town, crossing from the historic gates that allow you to enter or leave. A maze of medieval alleys and stage-set piazzas make for joyful exploring.

Whether you take an afternoon, with time for an aperitivo and dinner, or spread over a leisurely couple of days be sure to stop off for a pasticciotto - a lemon custard pastry - and a caffè leccese: a shot of espresso served over ice with almond “milk” (it's actually a syrup). 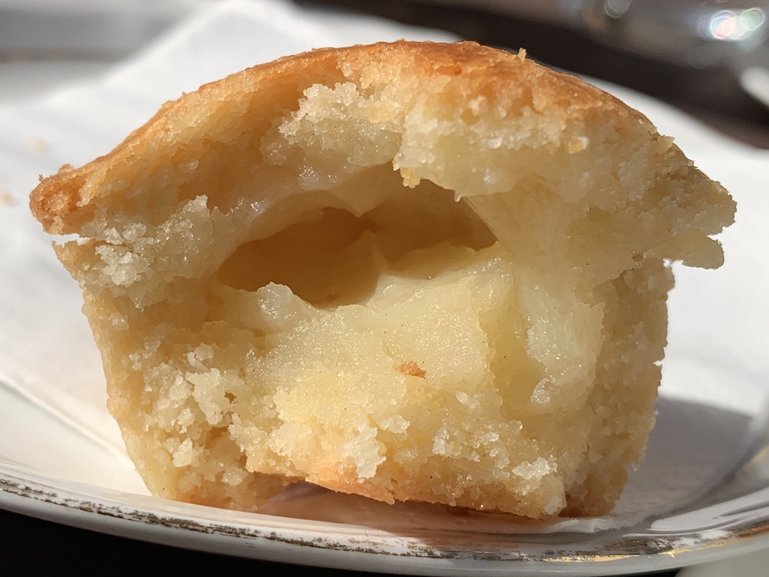 Lecce is perfectly placed for journeying into Salento. Puglia is so much more than the much visited and well trodden Itria Valley...

The coast is spectacular, especially south of Otranto, from Santa Cesare Terme all the way to the tip of the heel. Castro, Marina Serra, Tricase and Santa Maria di Leuca. Discover how to fit these into a road trip to suit your itinerary.

There are also many remarkable beaches within easy reach. San Cataldo, Grotta della Poesia, Le Due Sorelle. Journeying over to Gallipoli and the Ionian will take you to Baia Verde and beyond. 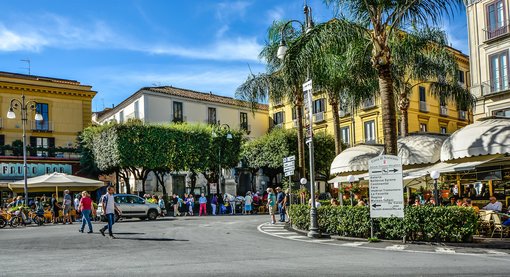