The post title says really. Not sure if it was the tour company that we used or it is normal, though please make sure you bring extra cash (Egyptian Pounds) with you when visiting sites.

In Cairo we were told by our guide that you were not able to take photos inside the pyramids at all, though the security guard inside said it was ok to take photos which we did, but then the tipping gesture was given - an open extended hand.

When I booked the tours for the sites in Luxor, as in the rest of the world, the price for the sites is the price. Minus any gratuity obviously. Being told that the tours included entry fees is pretty normal. I wasn't advised that there would be extra costs, but there are.

There are currency changers at these sites if you do not have any EGP on you, but lets just say the exchange rate is not a market rate.

I know that these are not large amounts of money once converted, though to avoid being stuck not being able to see some sites, being hit with not so friendly local exchange rates, my big tip is to make sure you carry some local Egyptian Pounds with you.

Hi - I'm Phillip and one of life's favourite things for me to do, is travel. One of my favourite quotes in life is: "we travel not to escape life, but for life not to escape us" That says it all really. 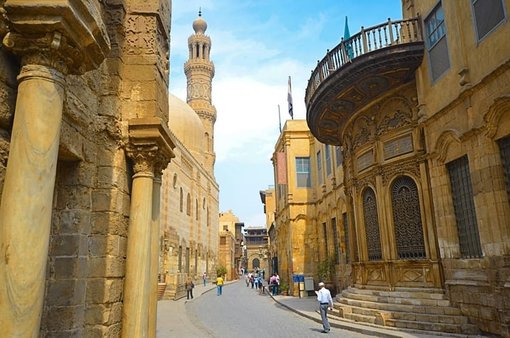 Watch out for the "shops" in Egypt

Half Day Tour to Giza Pyramids

See one of the seven wonders of the ancient world on this guided, private, half-day tour. Marvel at the Great Sphinx, a large half-human, half-lion statue, and the Great Pyramid of Giza, the largest of the three pyramids in the Giza pyramid complex. Also, take a ride on a camel for a view of more pyramids along the Giza plateau.