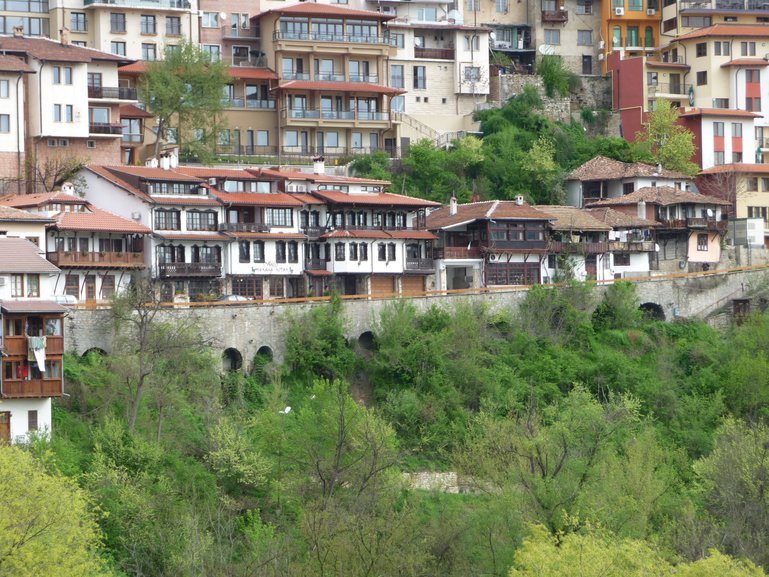 The Older City, from across the gorge

We took an AMAwaterways river cruise from Budapest to Bucharest with an extension to Istanbul at the end of the cruise. We went by bus (coach) from the Danube to Istanbul with an overnight stop in Plovdiv, Bulgaria. Our first stop after departing the AMAwaterways ship was at Veliko Tarnovo, an ancient post-Roman Empire capital of Bulgaria. Veliko Tarnovo is more or less west of Bucharest across the Danube River Plain on the edge of the Bulgarian Alps. Our bus followed a river valley into the mountains, and then made a precipitous climb up the side of the valley to Veliko Tarnovo perched on high on a relatively flat plateau at the top of the cliff.

Veliko Tarnovo has a spectacular setting. To understand the setting of Veliko Tarnovo, make V (victory) sign with your fingers. Ancient Veliko Tarnovo, the tourist distention, was located on the fingers and a small part of the top of the rest of your hand. Shear cliffs hundreds of feet high separated your fingers in Veliko Tarnovo. The road up from the river valley far below comes into Veliko Tarnovo at the Index Finger's nail. A short distance from the cliff top we stopped at a resort for a snack and potty break. The stop was on the edge of the cliff looking across at your middle finger, the center of ancient Veliko Tarnovo. Looking across the gorge, the end of the opposite side (your middle finger nail) is an island in the sky where the original ruler's palace was located.

Back on the bus, we next unloaded near the middle finger's finger nail and our guided tour took us across a short bridge from the ‘mainland' to the little island for a tour of the remains of the original palace. There was not much left, so the tour lecture was heavy on Bulgarian history. Who cares? Crossing back to the ‘mainland, our tour took in a small part of the center of old Veliko Tarnovo and then we went lunch at a centrally located hotel.

After lunch, free time. We explored the old city area with many well preserved Ottoman buildings, and did some shopping. I bought several very cheap CDs of Bulgarian Orthodox church music.

The Bottom Line
As you will quickly see from any sight seeing advice for Bulgaria, Veliko Tarnovo is justly one of the top sights. 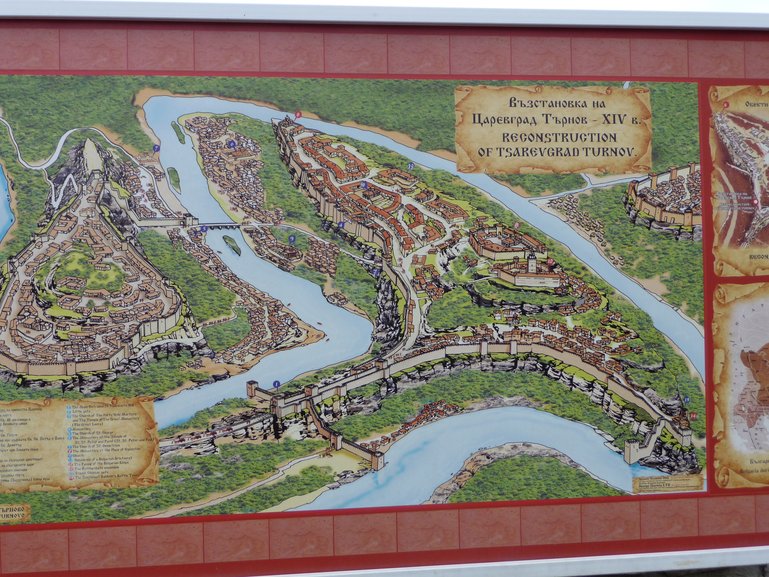 The Best Things to Do in Varna, Bulgaria

A Quick Visit to Plovdiv, Bulgaria