A Quick Visit to Plovdiv, Bulgaria 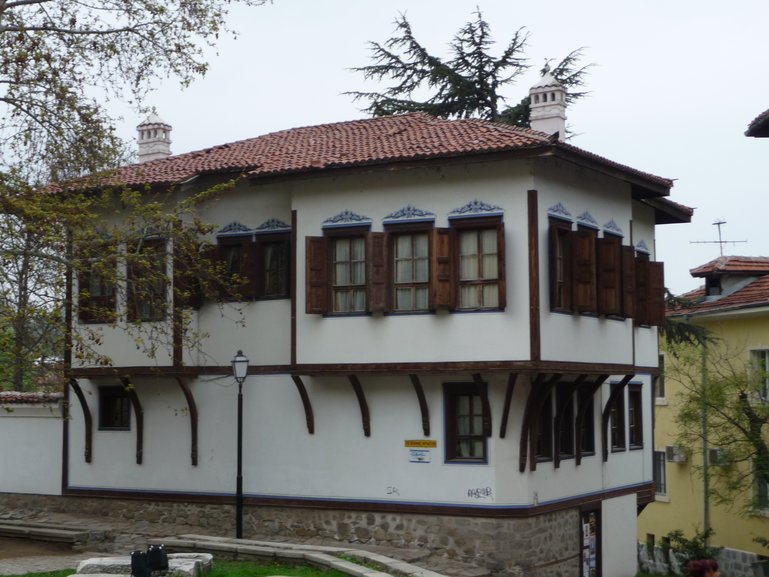 We took an AMAwaterways river cruise from Budapest to Bucharest with an extension to Istanbul at the end of the cruise. We went by bus (coach) from the Danube to Istanbul with an overnight stay in Plovdiv, Bulgaria. We arrived in Plovdiv sometime in the mid to early late afternoon, checked into the Trimontium Hotel and then went sightseeing. She joined the AMAwaterways included tour of Plovdiv's New Town. I set off on my own because I knew the guided tour had no chance of covering both the New Town and the Old Town.

New Town and Old Town aren't really very good names for the two major parts of Plovdiv – the Roman Forum and a small Roman theater are in New Town. The big Roman theater and the a well preserved Ottoman residential neighborhood dominate Old Town. It would make more sense to distinguish them by geography-- flat town and hill town.

When I left the hotel, I went down the main street of new town, saw the mosque and the small Roman theater, crossed the expressway-- I don't remember if on a bridge or tunnel, climbed up the hill visiting the most recommended church on the way, to the top of the well preserved big Roman theater. Then I rambled through part of the Ottoman settlement and down the hill to another tunnel that brought me to one end of the Roman Forum, with the hotel just across the street from that end of the Forum.

The Tunnel from Hill Town to the Forum
The walk though this tunnel is one of the high paints of Plovdiv sight seeing. Walking from Hill Town toward the Forum, there a several windows in the wall of the tunnel that let you look down a series of very welled preserved ancient roman mosaic floors a few feet below the level of the tunnel floor. This should not be missed on any visit to Plovdiv.

A rubber chicken dinner at the hotel was at 8:00 pm, and I made it on time. As I said, I'm not sure when we arrived in Plovdiv and when I set out, but I kept moving and I made it in time for dinner.

She liked the guided tour of flat town. When I go to the EU, I want to see Baroque Churches and cityscapes-- walking the streets of old Europe, and this quick swing thru Plovdiv is one of the best. 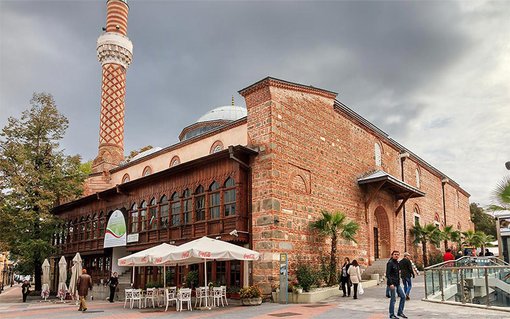