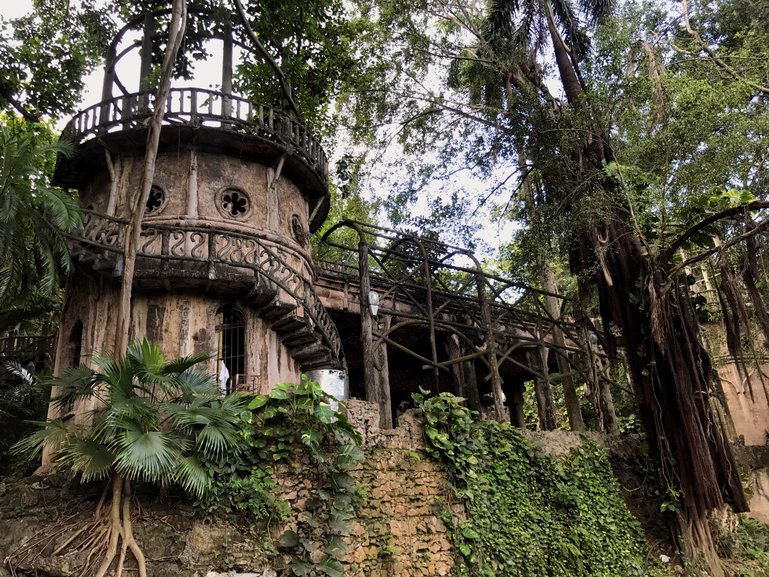 The Tropical Gardens are in Havana they are a paradigm of modernist landscape architecture in Cuba and a jewel of art nouveau architecture located in the green lung of the city. With a surface area of 297,154 m2, they were designed by the Catalan master builder Ramón Magriñá, who emigrated to Cuba at the beginning of the century and left the imprint of the Spanish organic gardens. They were located on the banks of the Almendares River, near the factory grounds in Puentes Grandes, a developing industrial neighborhood. He provided it a valuable natural space.

In 1904, the park was inaugurated with three halls: the Ensueño, Mamoncillo and the Cúpula Halls, however, at that time, the vegetation covered practically most of the areas, leaving little free surface of plants and trees. With full intention, the master builder allowed architecture and nature to merge into a single landscape, closely interlinked to the point of confusing the real world with the artificial one. Accordingly, he made use of gray cement, raising its decorative possibilities to the maximum expression, a fact without precedent in Cuban architecture. At the same time, Magriñá respected the orography of the land and practiced the art of toparia in some bushes near the resting areas. He cultivated timber, fruit and medicinal species. One of the main dance halls was built around a centennial mamoncillo tree, the name was taken from this representative tree. 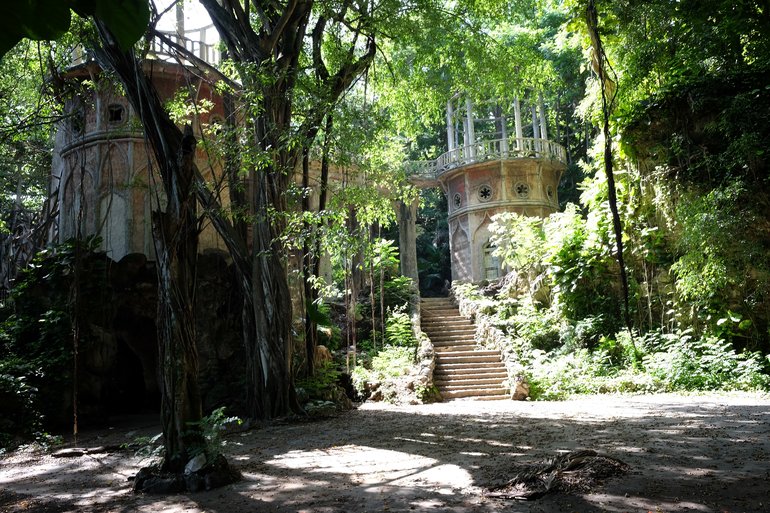 As a modernist garden it had several caves designed mainly in ferroconcrete. One of the most amazing peculiarities of this enclosure is the exquisite use of this material in the recreation of railings, picnic areas, canteens, benches and lounges that reproduce in their shape and texture authentic tree trunks or rocky surfaces. The connection achieved between these objects made by the artist and the natural elements is amazing. The decorative structures are integrated into the natural space, interlinked with it, creating a pleasant space where everything seems to be the work of nature. Accordingly, his modernist conception transcends the very landscape layout of the garden, to take care in the decorative and architectural elements, the detailed imitation of the natural environment". Water was another natural element used by Magriñá in the design of the park, due to its proximity to the Almendares River.

In the first half of the 20th century, a new building was added to the Gardens as well as several outdoor recreational spaces such as a gymnasium area, a tennis court and a skating rink. However, the insertion of these new architectural elements did not alter the original design of the park and the preeminence of the green space.The architect Jaime Cruanyas Feliú , a fellow countryman of the same master's s profession of Migraña collaborated with him in the buildings carried out in the Gardens between 1906 and 1914. ,

The most important one among them, was the Castle, erected in 1911, and conceived as a gambling house and residence of the local administrator. Its splendid decoration evokes the style of the imposing constructions of the Alhambra in Granada and the Mosque of Cordoba.

Around 1930, the design of the entrance was changed, placing two cement pillars as large sherds, labeled with the name of the Gardens, and linked by high iron railings, as a closing element. In the following decades, other elements were added to the park. Some others, in the fifties with a rationalist discourse. In the seventies and nineties very little was carried out.

After the construction of the Tropical Gardens in Havana, new recreational spaces were established that also included a landscape design. Thus, the Polar Gardens, the Cotorra Gardens, the Havana Forest, the Zoological Garden arose among others. 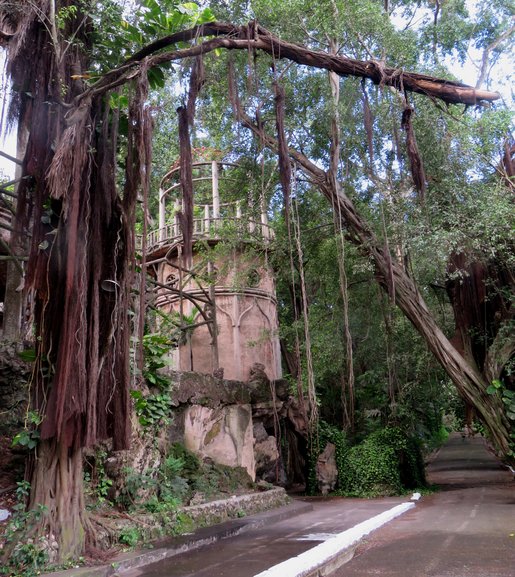 There are similarities between the Tropical Gardens and the emblematic Park Güell, the work of the famous master Antonio Gaudí, especially between the Ensueño hall of the Havana park and the hypostyle hall of the Barcelona garden. But the Cubans were not a copy or a modernist inspiration of the Spaniard. Both were built simultaneously, but the Cuban Tropical Gardens were inaugurated first. There are no news that Gaudí had visited the island at that time.In The Tropical Gardens with more than one hundred years old, you can still appreciate, veiled, the glamour of other times

Where exactly is this? In Parque Lenin?

The World of Fusterlandia in Havana, Cuba

10 Reasons Why You Need to Visit Cuba at Least Once