After suffering from years of civil war and unrest, the situation in Sri Lanka has finally become stable. For all the travel enthusiasts around the world, this is a definite good news. Sri Lanka is a tropical paradise with a culture and history that spans centuries, and is a treat for anybody who wants to visit. Sri Lanka is an all-year destination, but the weather systems in the country can be confusing. It is always best to consider when to visit Sri Lanka before you start planning your journey.

- The best time to visit Sri Lanka depends on which part of the country you’re visiting. In general, December - April and is September - November are considered the best times to visit.

- Sri Lanka is an island of immense beauty, one that has not drawn too many tourists in the past few years. It is an underrated tourist destination, but this means that you get to enjoy the island in relative peace, without having to worry about throngs of tourists and over-commercialization. From stunning cultural heritage sites to unexplored beaches, there is so much for the taking. All you need to know is the best time to visit Sri Lanka.

- December - April is when to visit Sri Lanka if you want to tour the entire country. Between December and January, there will be rainfall in the north and the east. This is the also the peak tourist season. You can also travel to Sri Lanka between September and November, when there is little to no rain in the south and west parts of the country, and the crowds are lesser. This is the best time for backpackers visiting the country.

This is a great time to visit Sri Lanka, especially since the weather is amazing all over the country. These months are considered to be the ‘inter-monsoon’ period, as they fall between the two monsoon seasons in Sri Lanka. The weather in Sri Lanka is comparatively drier in the south and west, as the Maha monsoon begins in October, and drenches the north-eastern parts of the country.

Highlights:
This is a good time to visit the Tea Country, which will be lush and green following the southwest monsoon. The Cultural Triangle also experiences a dry spell during this season, so you can go explore the historical offerings of Anuradhapura, Dambulla, Sigiriya, and more. This is not the best season for a beach holiday, as the monsoon season makes the water rather choppy, and swimming becomes restricted, especially in October and November.

This is when to visit Sri Lanka if you want to visit during the high season, during the holidays. The weather in Sri Lanka is rather pleasant during this period. The Maha monsoon season will cause some rainfall in December and January, but not to a great extent. The southern and western parts of the country experience the driest period during these months. This is a high season, so book your tickets and accommodation in advance, especially if you’re going to be traveling in the urban areas.

Highlights:
This is the best time to visit the southern and western parts of the country such as Colombo, Bentota, Kalpitiya, and Galle. This is also a great time to explore the beautiful Yala National Park, without having to worry about getting stuck in the rains. January to April is perfect for the cultural triangle tour (Anuradhapura, Sigiriya, Dambulla, etc). You can also experience Duruthu, a Sri Lankan full-moon festival that happens in January, or Avurudu, the Sinhalese New Year, on April 14.

When is the Best time to visit Sri Lanka at Cheapest Cost? 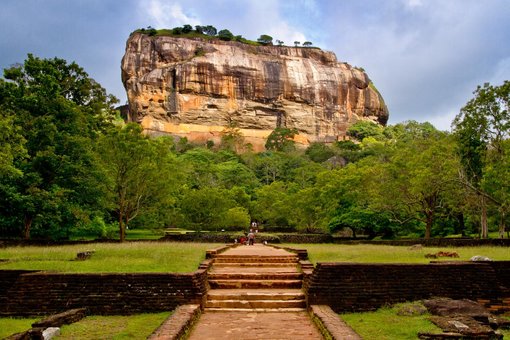 Get up-close and personal with majestic migratory whales from Sri Lanka's coasts. Journey to the sea from Mirissa Harbour to see impressive pods while enjoying the scenic ocean views around you!