How to See the Hollywood Walk of Fame

The Hollywood walk of fame is a place we have all seen on TV, the glitz and glamour of Hollywood, where they roll out the red carpet for the stars, but where do you even begin in seeing all of the stars on the floor. There are over 2600 stars along 15 blocks of Hollywood Boulevard, a permanent display to celebrate the achievements of a range of people within the entertainment business and it brings in a massive 10 million visitors each year. 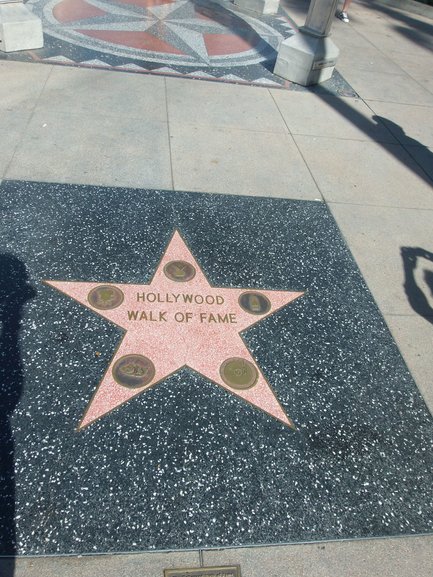 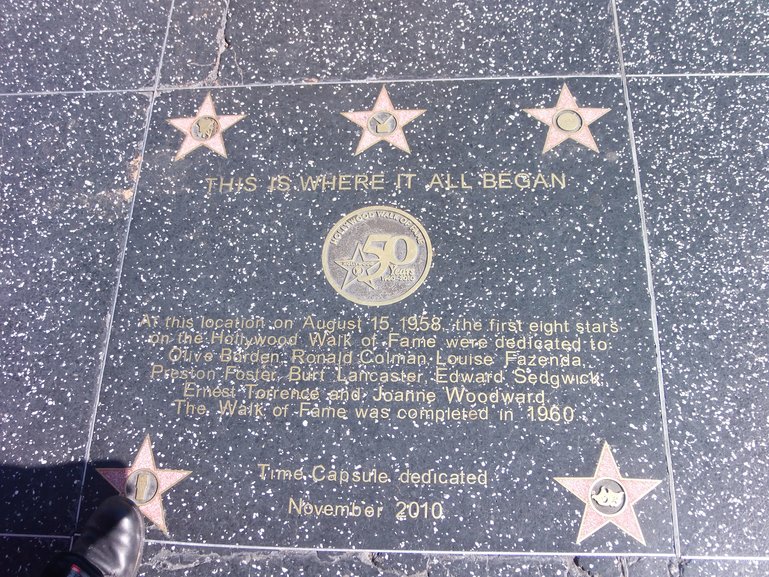 When I arrived at Hollywood Boulevard, it was a complete accident! Turning into the wrong road looking for our hotel, we found ourselves right in the middle of Hollywood night life, flashing lights and a lot of people. It was hard to appreciate or take in anything amongst the panic of trying to find home for the next 4 days.
After finally finding our hotel on Sunset Boulevard and getting some much needed sleep, we decided to spend the day looking at the stars on Hollywood Boulevard - And I’m not kidding, we needed a full day to see it all.

Hollywood Boulevard was nothing like I expected it to be, after seeing it so many times on TV and in films, I thought it would be a very upper-class part of town, full of elegance and grace, but its filled with quite the opposite. It’s one big tourist attraction, with people wanting to take your money every step along the way. If you aren’t getting a flyer stuck in your face to go on “the best” city tour bus, then its people trying to sell you their latest CD or stand up comedy DVD, you really can’t go far without being harassed! There is also a whole bunch of people dressed up as popular film characters such as spider man and bumblebee wanting to get a photograph with you, of course for a small donation, which I wouldn’t have minded so much if the costumes where good and clean! Its clear within just a couple of minutes of being on this street that it is filled with poverty and lost hope, its actually quite sad!

We started our walk, wanting to find the stars for our favourite celebrities. It’s not easy to spot the names on the stars as there are so many people walking on the street, although you can tend to spot the more famous ones because there will be crowds of people trying to take a photograph all at once! We had one star left that we wanted to see, Ellen DeGeneres, but we were running out of road and out of strength, so we decided to ask someone where she was placed. Thankfully the kind gentleman knew and pointed us in the right direction - of course she was at the very end. We took our final photo and headed back to the hotel, tired and sunburnt. 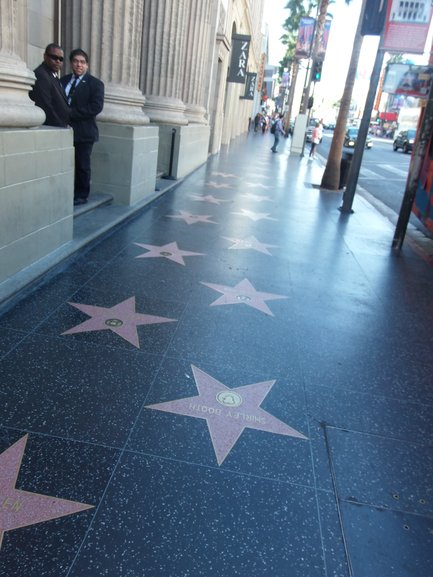 So, how is the best way to see the Hollywood Walk of Fame… Plan! Plan who’s star you want to see and search the area of where it is, instead of walking for a full day very slowly 15 blocks looking at thousands of stars on the floor, you can save yourself a lot of time and effort if you look up before you go the location of the stars! This will give you more time to see the rest of the city and more fun touristy things such as going to the Hollywood sign and visiting the Griffith Observatory!

That being said, it was a fun day as there is much more to see on Hollywood Bulevard than just the stars, there is a lot of interesting architecture along the street that is well worth a look, including the Chinese theatre. Id say the best time to get there is in the morning as it is much quieter and gives you a chance to look at the hand prints, it a much better photo opportunity! 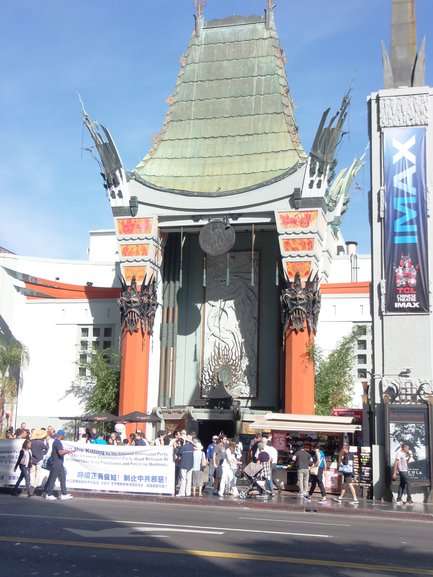 Hollywood is definitely not somewhere I would rush back to as I found it looks much more exciting on the TV than in person and a part of me is sad that the illusion has been shattered for me. Spending 4 days there felt a little bit too long, but I do recommend checking out the rest of LA as there’s some pretty cool places to visit! 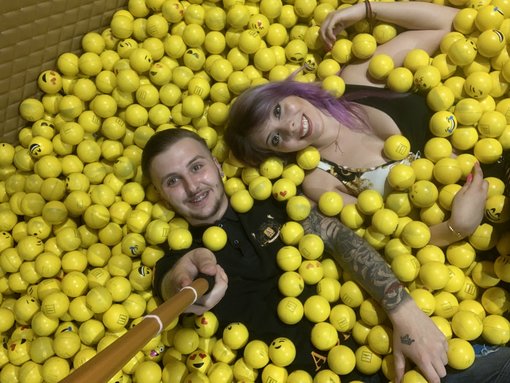 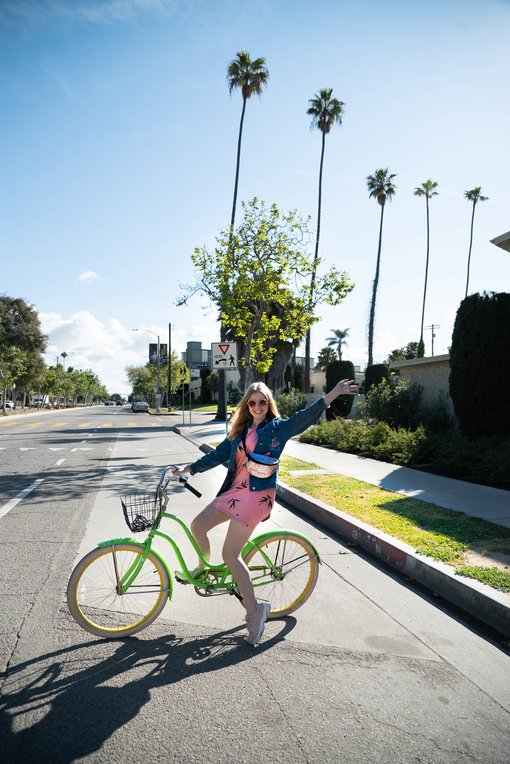 What to visit in Los Angeles! 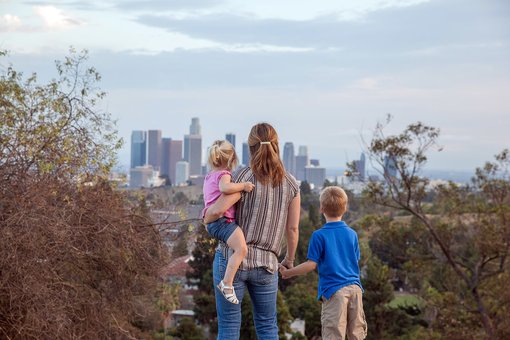 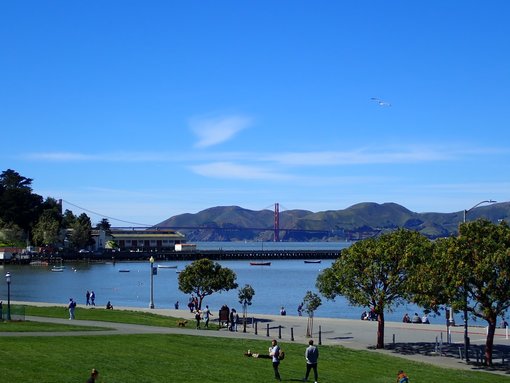