Learn Catalan Before Your Trip to Barcelona

We are standing in front of the Barcelona’s La Seu cathedral in the Ciutat Vella (old city) of Barcelona. It is Easter Sunday. Less than a half an hour earlier, I drag my teenage daughter from her bed and we rush through the cobblestone maze of alleys from La Rambla to arrive in time. I do not want to be late. Already, a large crowd has formed in the plaza in front of the church. I push ahead in the crowd, not quite sure where the performance will begin.

It starts to happen. As if by silent cue, a few old ladies and old men solemnly place their belongings in a pile together. They join hands and back up, creating a circle with the items that they have placed together in the center. The placing of all of their belongings together symbolizes trust and community. Similar groups simultaneously begin to pile up their belongings and join hands. All around us, the crowd is now more filled with participants than it is with spectators. The circles, like ripples in a pond during a rain storm, are forming all around us. We are in the center. I can feel an electricity of anticipation. I see young and old, men and women, traditionally dressed and in jeans, join together in circles. As the music begins, slowly at first, the dancers execute little hop-touch steps. As the music accelerates, the dancers raise their hands, their faces fill with pride and emotion.

This is the Sardana, a traditional dance of Catalonia. A dance that, every Sunday, the people of Barcelona join hands and dance in front of the cathedral. I imagine that for some of the older participants, this dance is more than just a tradition, it is a dance of freedom. As I look at their faces raised to the morning sunshine, I imagine that they are remembering a time when this dance was outlawed. For 35 long years from 1940 to 1975, Franco, the Spanish dictator, banned the Sardana. But today on this sunny Easter Sunday, my daughter Claudia and I stand in the center of the plaza with dozens of circles of dancing Catalonians swirling around us to the music. 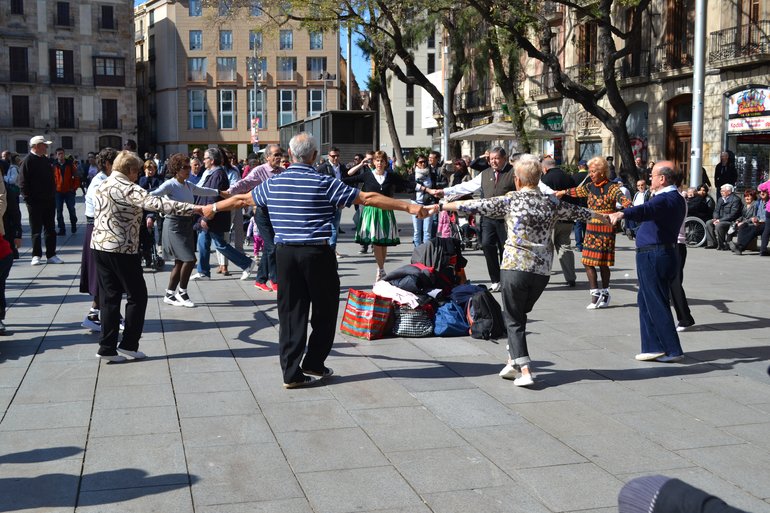 Just as Franco had banned the Sardana during his dictatorship, Franco also banned the speaking of Catalan. Franco had hoped to oppress the people of Barcelona by killing their language and strangling their culture. However, today, Catalan is taught in the schools of Barcelona as the primary language. It is proudly spoken by the inhabitants of Barcelona. Throughout our week in Barcelona, as I encounter the echos of those oppressive Franco years, I am moved by the fierce independent spirit of the Catalonian people.

We wander through the narrow maze of the Barri Gòtic, the old section of Barcelona. We emerge in a courtyard with an octagon shaped fountain in the center. The large trees reach dark skeletons arms to the sky. The square is empty. The fountain is dry. The walls are scarred. This is the Església de Sant Felip Neri church. There was a time when the walls were smooth and white. A time when the cries of playing children mixed with the bubbling trickle of the fountain. During the civil war the convent of this church was used as a home for evacuated children. On January 30, 1938, the first bomb exploded, killing 30 of the children who were sheltering inside. The second bomb killed 12 more people who were trying to rescue survivors. These bombs were dropped by Franco’s air force. Attached to the wall a small plaque written in only Catalan reads “En memòria de les víctimes del bombardeig de Sant Felip Neri. Aquí varen morir 42 persones – la majoria infants – per l’acció de l’aviació franquista el 30 gener de 1938” (In memory of the victims of the bombardment of Sant Felip Neri. Here died 42 people – the majority children – due to the actions of Franco’s airforce on the 30th of January 1938.) I put my hand on the pocked marked wall and stand for a moment of silent sadness. 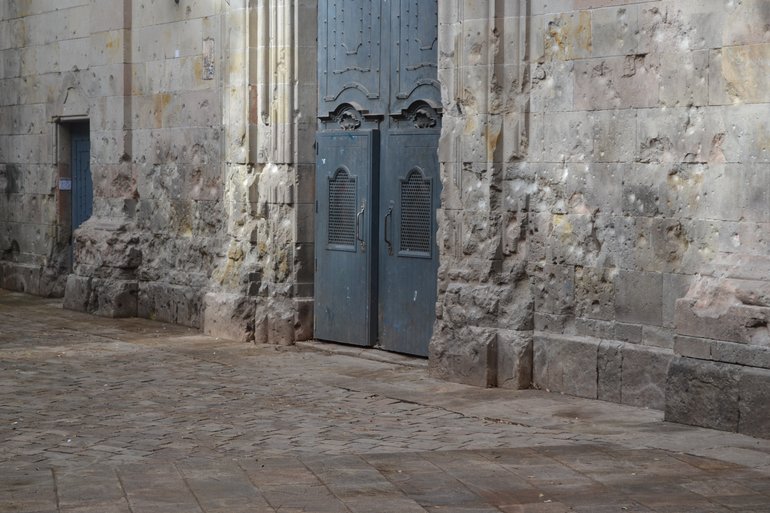 Before we visit the Castell de Montjuïc, the castle that overlooks Barcelona, I read about its history. The horrors of Franco’s oppression cast a shadow on this landmark as well. The Castell became a symbol of oppression under Franco. Between 1936 and 1938 alone, 173 people were executed at the Castell. Perhaps the most famous victim was the president of the Generalitat de Cataluny, Lluís Companys, who was executed on October 15, 1940. The Castell continued to serve as a military prison until 1960. On June 15, 2008, the Castell was officially handed over to the city of Barcelona as a cultural site. Claudia and I ride up the mountain of Montjuïc in the cable car. The view is breath-taking. The sheer walls around the base gives me really bad acrophobia. The teenagers sit on the walls, dangling their legs over the edge. They lean forward to yell jokingly at their friends below. I vaguely wonder if people have died at the castle from falling over the edge. Sadly, I realize that more people have probably died by execution here than by falling.

When I learn the language before I travel, my goal is to reach a greater understanding of the community and the culture by connecting to the people through their language. My goal is not perfection, but connection. In my visit to Barcelona, it becomes abundantly cleat that Barcelona is Catalonia. The true language of its people is Catalan, not Spanish. It is a city filled with dragons, brilliant mosaics and proud people whose language and culture cannot and will not be extinguished by oppression. I am reminded of Nelson Mandela’s quote: “If you talk to a man in a language he understands, that goes to his head. If you talk to him in his language, that goes to his heart.” The warmest smiles that I received during my visit in Barcelona was when I address people in Catalan. Even a simple "Bon dia" evoked a giant smile. 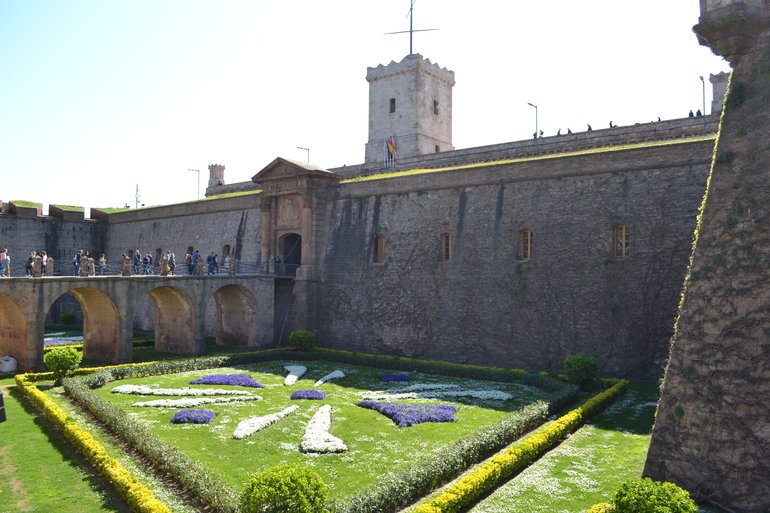