From our experiences on ten river cruises, here's what to consider in picking a river cruise. We have traveled with cruise operators Uniworld, Viking, Avalon,Vantage, and AMA Waterways(originally Amadeus). Almost all your meals will be in the ship’s dinning room. Food quality was roughly comparable on all– not great cuisine, but very good. However, we are inclined to give AMA Waterway’s ships a slight edge in overall food quality. 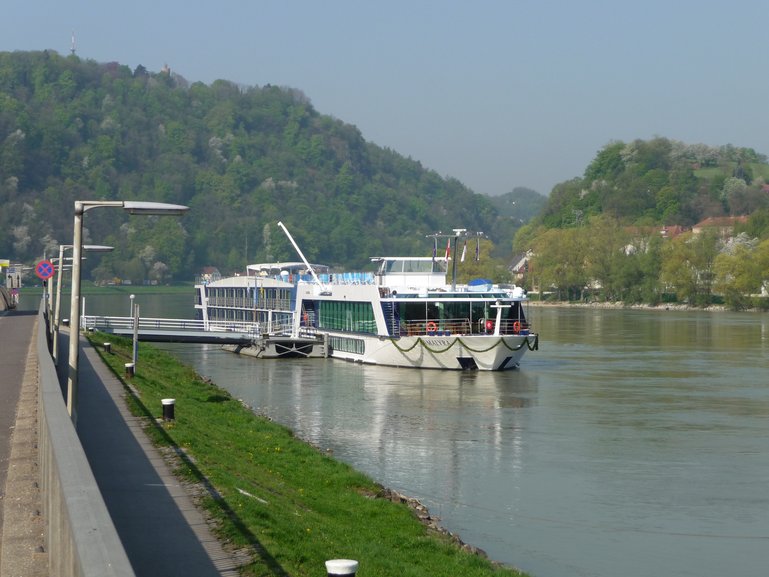 Accommodations vary little and are comfortable but far from spacious except for some suites.. Price on all cruises go up based on cabin location and size (standard cabin or suites). Location prices go up from the lowest to highest deck and the closer you get toward the center of the ship– there is a potential for engine noise from the bow and stern thrusters and from the main engines as you go down or away from the center of the ship.

The food is pretty much the same, the cabins aren’t that much different, the crews are all friendly and helpful, prices vary only a little, so that leaves the itinerary as the big thing to consider in picking a cruise.

The great advantage of river cruise travel is that you only have to unpack and pack your suitcase once. A cruise ship is a floating hotel and your room travels with you.

Before the airplane, before the automobile, before railroads, rivers provided major routes of transportation and the great civilizations of the past mostly grew up along a river. Consequently, the visitor will find most of the outstanding man-made sights from the past along the great rivers which is where river cruises ships go. 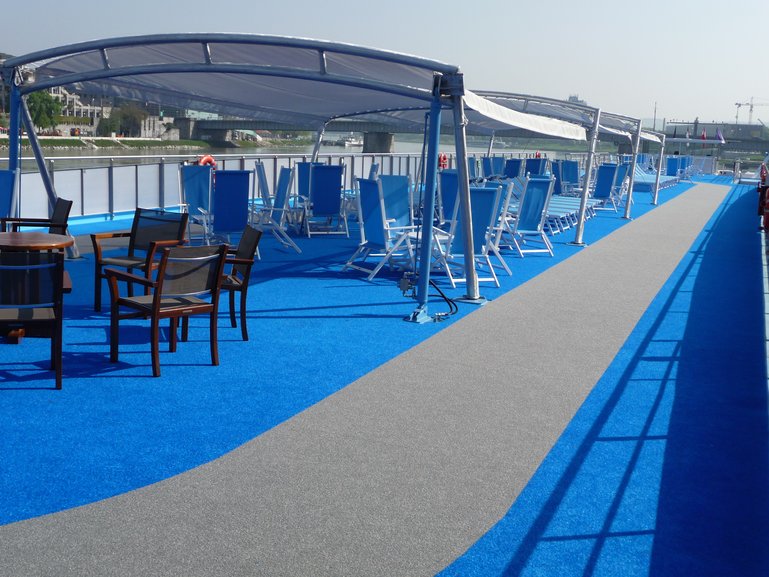 Among the factors to consider when looking for an itinerary are:

1] Is your heart set on seeing some particular place? Then go there.

2] Familiar or novel? Do you want to re-visit some favorite places or go see something new?

3] Scenery. The best scenery is on the sea coasts and the mountians, butthere is als osome fine scenery on rivers– the Rhine Gorge, China’s Three Gorges, Holland’s spring tulip bloom, the Iron Gates( Danube), the Wachau Valley (Danube), the Danube from Passau to Linz, the Danube Bend (Hungary), and the Mosel (German) or Moselle (French) from Trier to the Rhine. 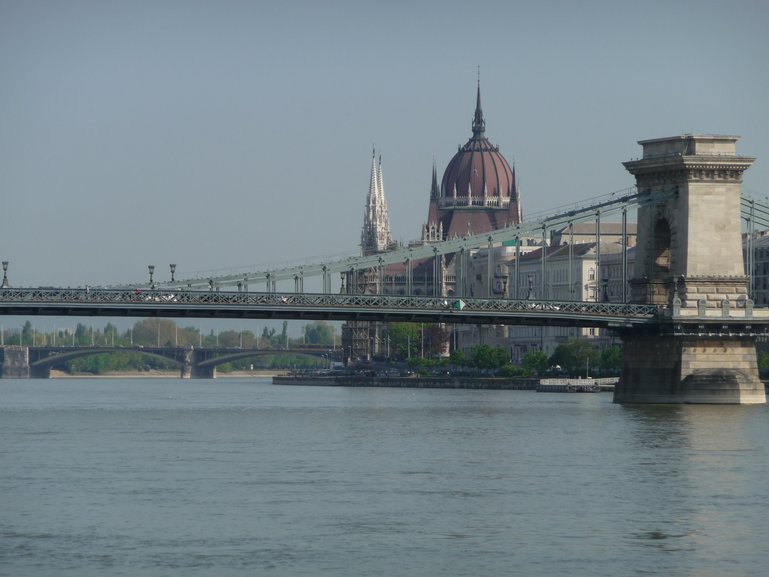 The Elbe (a trip from Berlin to Prague), although not spectacular scenery, offers a unique trip since ships can’t sail at night on the Elbe. The typical cruise day was to depart at dawn, cruise for awhile, stop and see something, return to the ship, cruise until near sunset, and tie up for the night. This made for a very leisurely trip, with lots of time sitting on the sun deck and watching Germany slowly (6-11 mph) go by. In good weather, this is a pleasant, relaxed voyage.

4] Culture. Do you want a trip where you can visit some of the world’s great art museums? Then consider the Russian cruise between Moscow and St Petersburg or one of several that start or end in Paris or stops in Vienna. A few Rhine cruises take aside trip to Colmar where you can visit the second best art Museum in France and many end in Amsterdam with its great Rijksmusem and Van Gogh Museum.
River cruises offer many possibilities for classical music. Rivers run through most of Europe’s capital cities and they all have competent symphony orchestras and opera companies. Pop music concerts also abound, and be sure to check the festivals, like the Prague Spring Festival or Budapest’s free Folk Music Festival.

On a recent two week Danube cruise, I found, behind open church doors, the Pressburg Children’s Choir rehearsing for a concert in Bratislava, the King’s Consort rehearsing Handle for a concert in Nürnberg, a local choral group preforming a free concert in Prague’s St Ludmilla’s, a double blessing, for the decorated interior of this remarkable church is well worth seeing. All these were free. In Vienna, I wanted to visit the Karlskirche ($6 admission) and arrived as an orchestra was rehearsing their concert scheduled for that evening. So what if they stopped and started from time to time? The evening concert cost $35 and at the rehearsal, you also get to wander around the church.

Many of Europe’s great buildings are works of art, especailly the grand Baroque churches and palaces. Some charge an admission fee, $17 at the great Abby of Melk, but many churches are free to enter, like Vienna’s impressive Peterskirche and the Minorite Church with a large mural of Da Vinci’s Last Supper on one wall, a gift from Napoleon.
If you have an interest in modern architecture and happen to take a trip that includes Paris, do not miss La Defense.

5] History. Compared to the rest of the world, North and South America have no history. We saw (original, not reconstructed) buildings in Prague that were 800 years old and still in use. 1,600 years old in Trier. Danube cruises through the Iron Gates pass by a monument erected by the Roman Emperor in the year 100 A.D. Our cruise down the Rhone River in France stopped to visit several impressive ancient Roman buildings and the Palace of the Popes in Avignon from where the Pope ruled for 300 years while there was unrest in Italy. The Hofburg Palace in Vienna was home to the rulers of the Austro-Hungarian Empire for 800 years. Vienna’s Ringstrasse marks the position of the old city wall where Prince Eugene of Savoy stopped the advance of the Muslin Ottoman army and saved Europe for Christianity (Prince Eugene finally drove the Turks out of Europe excepting Turkey in 1717 a the Battle of Belgrade, another stop on Danube voyages.
Our Elbe cruise docked one night almost on the spot where the US Army linked up with the Red Army to end the Nazi Empire.
Columbus discovered America 528 years ago. The great Cathedral atCologne (Köln) took 600 years to build. It is the world’s largest Gothic church.

5] Shopping. For most of the last decade, shopping in Europe has been very expensive because of the poor exchange rate and the VAT (you can get a VAT refund in many countries if the purchase price exceeds a certain amount). 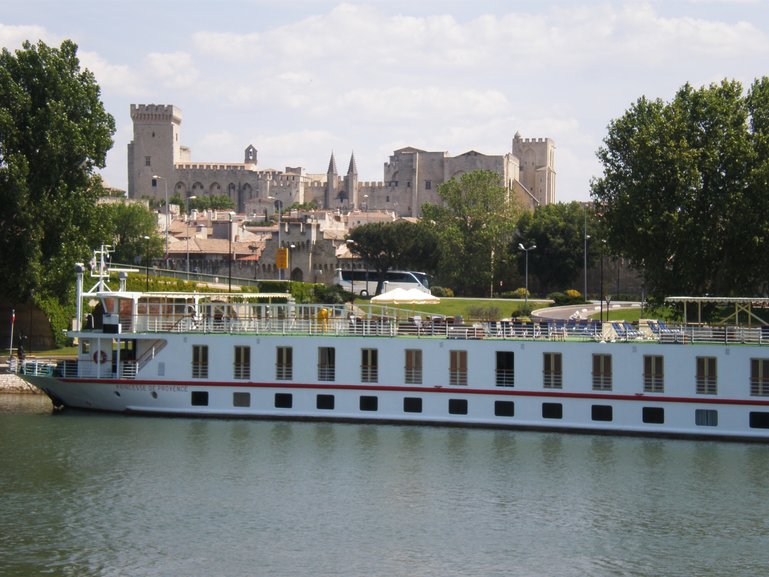 Some things to consider:

For Russia, look for a cruise that includes a visit to Kostroma. Unfortunately, these are hard to find

For the Rhone River, a trip that includes a bus trip to Carcassonne and Barcelona is essential if you have never visited these two remarkable places.

There are two docking places in Vienna, one very near the city center, the other inconveniently located in a far suburb.
There is a similar problem in Budapest. The dock at the foot of Castle Hill is isolated. The one across the river near the Chain Bridge at Roosevelt Ter is right in the heart of Pest.

Linz is not very interesting and most cruises offer a choice of some side trips, some included in the cruise price, some cost extra. This is a tough choice, between Salzburg, the Salzkammergut Lake District, or Cesky Krumlov in the Czech Republic.

In Russia and China, souvenir hawkers meet the ships at the dock. A little bargaining gets lower prices. Nice art is remarkably cheap.

AMA Waterways paved the way with unlimited wine at dinner. When Viking copied it, Viking raised the prices of their trips by $600. They all now serve cheap local wines, which are decent and interesting. Other than that, alcohol, especially wine, is pretty expensive on board. Critical note: unlike ocean cruises, river cruises do not object to your briniging your own alcoholr on board as long as you don't drink it at meals.

Carefully compare prices. Note cabin size in square feet, cabin location, number of included land tours and events like concerts and wine tasting, and which of these major features are included in the price you are looking at: the cruise, any land program before or after the cruise. Always ask for read the fine printt o see what Taxes and fees are not included in the advertized price because they will be added to what you will pay. 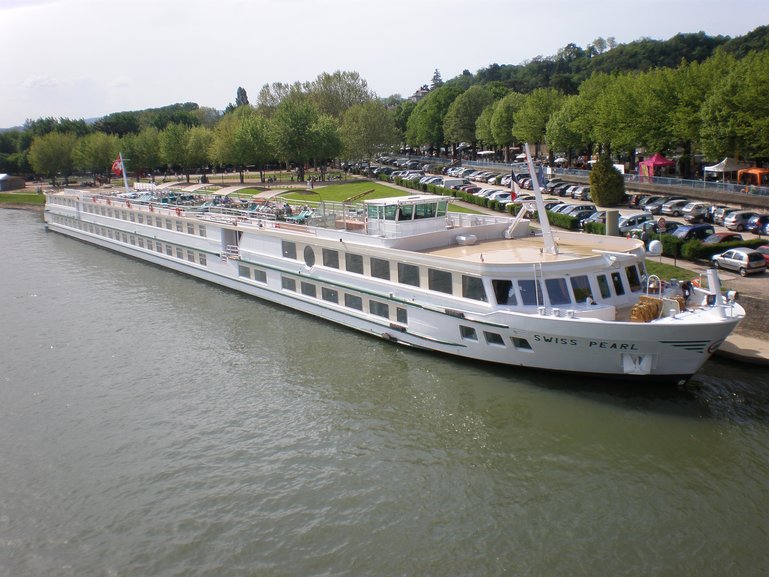 A visit to the Sunday craft fair 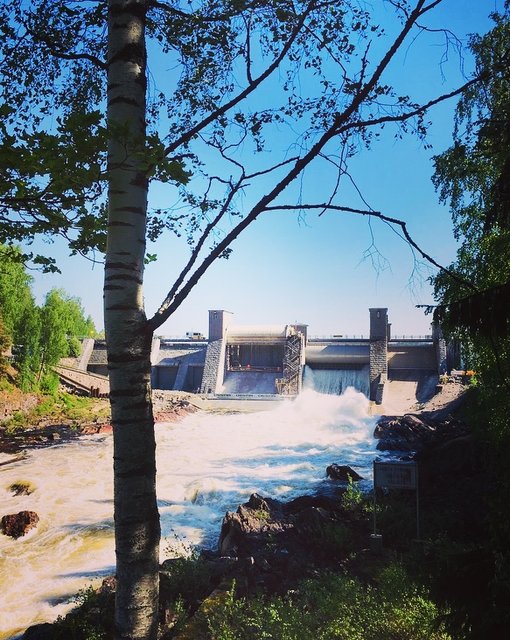 Next stop: Finland – where to go and why? 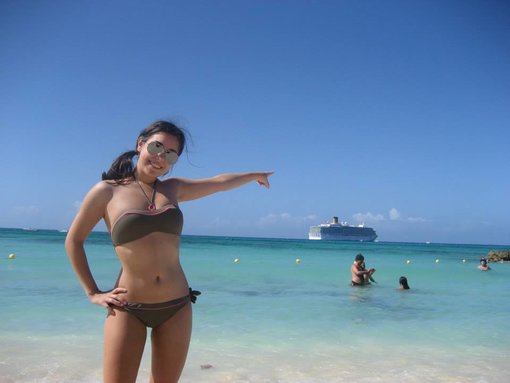 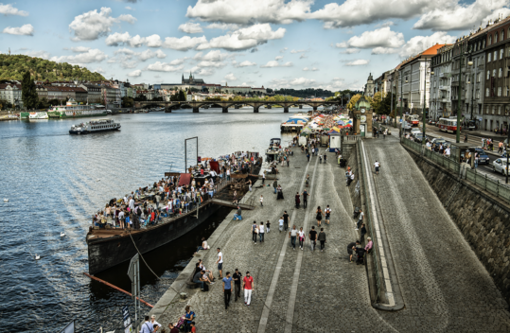