It is thanks to my work as a teacher that I have discovered the places I will talk to you about in this article. Wanting to bring some beauty into the lives of my children and interweaving French (the language I teach) with art history, I became passionate about Impressionism and discovered that the whole of France is an immense painting, painted by several hands, and that travelling can also mean reliving in a thousand works of art. Studying Impressionism with my boys, I discovered that Normandy was the land of greatest inspiration for these artists, whose imagination was nurtured with its breathtaking views overlooking the sea, iridescent beaches, valleys and lush gardens.

How to get there

From Paris Saint-Lazare station, there are several daily connections to the main cities of Normandy (Dieppe, Le Havre, Deauville). For travel within the region you can count on regional trains and an excellent network of buses (transports.normandie.fr).

My journey to Impressionist Normandy begins with the enchanting Honfleur. I had heard of it as a charming and picturesque town, but the reality far exceeded my expectations. A real wedding favors with a unique architectural heritage that makes it one of the most visited cities in France. Honfleur will give you a real dip in the past. All you have to do is let yourself go to the "bewilderment" and enter an elsewhere made of cobbled streets, narrow houses with typical half-timbered facades, shops and art galleries, charming hotels and typical restaurants but also many monuments that time and history have not affected. 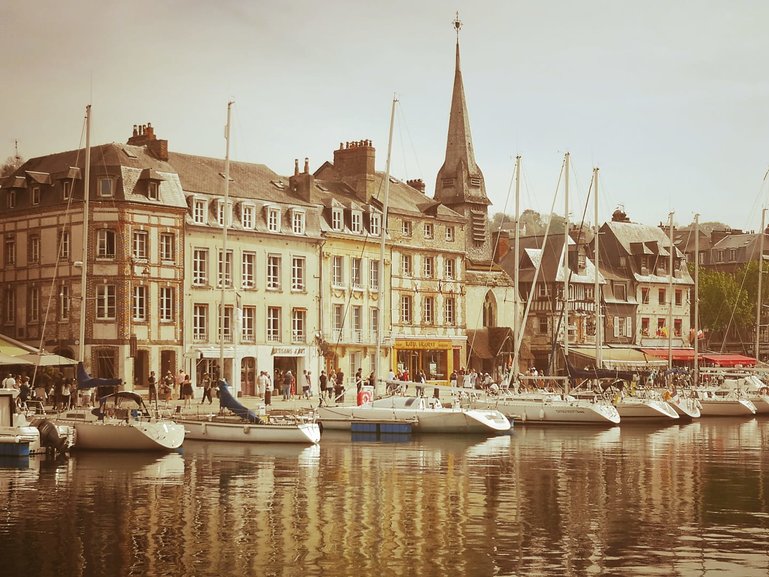 The heart of Honfleur is the Vieux Bassin, the port located in the centre of the town. Entirely surrounded by publicly accessible quays with plenty of shops and restaurants, its waters reflect the tall and slate houses dating from the 17th and 18th centuries. At the port will not fail to attract your attention the Lieutenance, ancient lodging of the king's lieutenant, last remnant of the ancient fortifications of Honfleur. Leaving the Vieux Bassin and entering the country, you will find another wonder, the Church of St. Catherine, the largest wooden church in France. The left aisle, dating from the fifteenth century, was built with elements typical of shipbuilding, and has the appearance of an overturned hull. 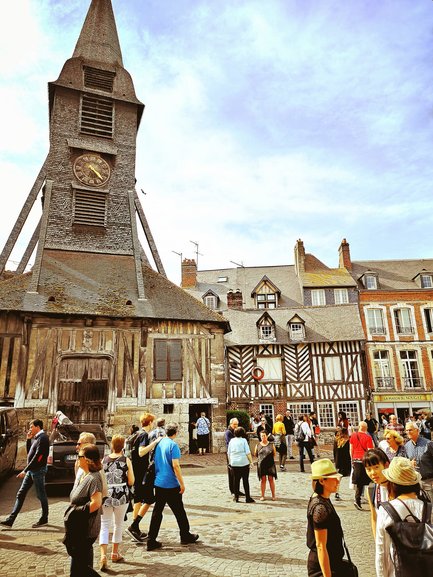 The city of painters

Visiting Honfleur is like getting lost in an impressionist painting. The town is full of places made immortal by the brushstrokes of Monet, Boudin, Bazille Courbet and many others. Discovering them is even easier thanks to the free itinerary "Sur les pas des peintres à Honfleur" proposed by the local tourist office. It was Eugène Boudin, forerunner of "en plein air" painting and a native of Honfleur, who made the latter an exceptional artistic centre in the 19th century. He in fact draws around him friends artists Monet, Jongkind and the poet Baudelaire. These artists stayed and exchanged their ideas at the Saint-Siméon inn, which has now become a luxury hotel-restaurant worth a visit for its "artistic" past (Ferme Saint Siméon, Rue Adolphe Marais, 20). The museum dedicated to Eugène Boudin, who influenced the Impressionist movement with his art (Musée Eugène Boudin, Rue de l'Homme de Bois), is also worth a visit.

Honfleur continues to attract artists of all kinds even today. Painters, sculptors, photographers and even jewellery makers show off their art in studios and galleries open to the public where it is also possible to follow courses. Wandering around the streets of Honfleur, I was literally kidnapped by the windows of the Atelier of Natacha Perlik (rue du Puits 3) where I would definitely recommend you to go and browse. Natacha portrays a fairytale Honfleur, made of many colors, cheerfulness and a touch of naive romance. 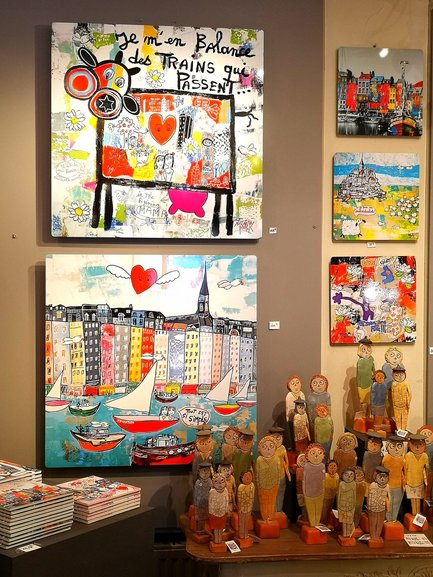 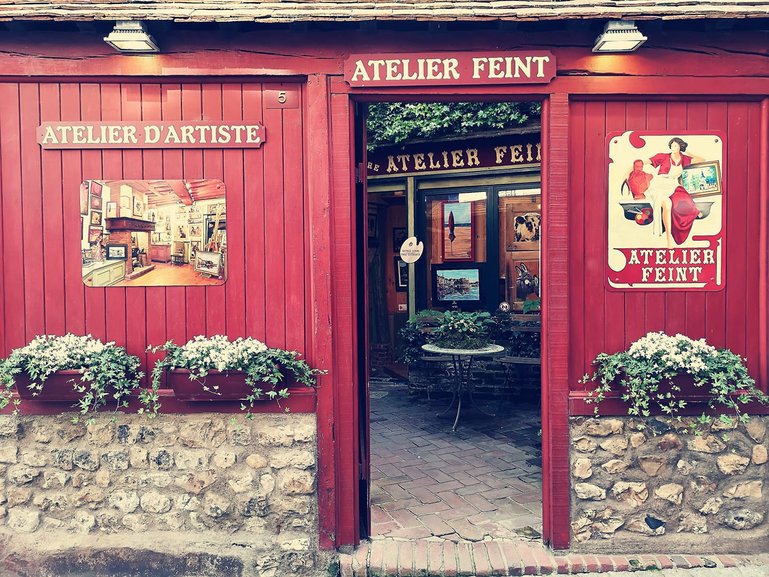 An artist atelier in Honfleur

Where to eat: tested for you!

Normandy is, together with Brittany, the home of the crêpe, the territory that gave birth to one of the most famous desserts in the world, to which you will have to devote at least one meal because a place is also known by its flavors. The Cidrerie (place Hamelin, 26) offers sweet and savoury crêpes (galettes) "prepared before your very eyes" so that you can appreciate all the qualities of their taste. Moreover, as the name of the restaurant indicates, the Cidrerie is the ideal place to discover the best local producers of typical drinks such as cider and Calvados. For a more elegant and intimate evening I recommend L'Homme de Bois (rue de l'Homme-de-Bois, 30-32 ). Renowned for its fish and seafood specialities, the restaurant is located in a typical Norman house with a fireplace and exposed beams. Reservation recommended. For a more convivial evening with friends, you'll find more accessible but respectable menus at the Bistrot du Port (quai de la Quarantaine,12), where you can eat on the large veranda overlooking the fishing port in a much more lively atmosphere. 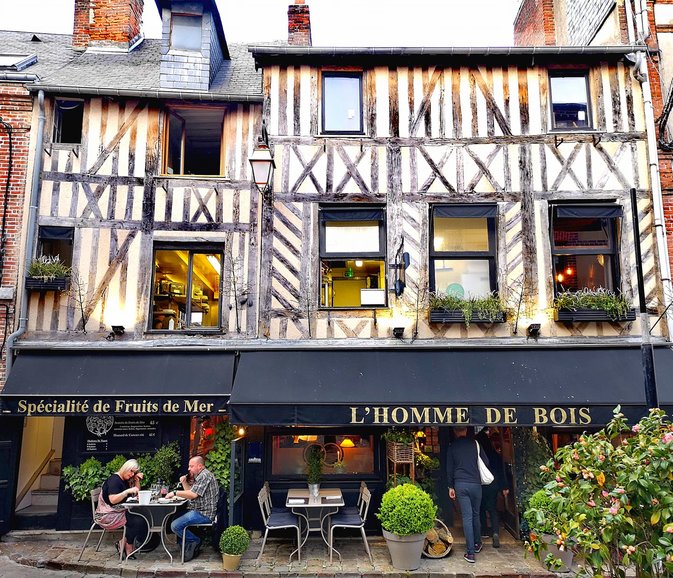 Bonjour tout le monde! I am Sara, an Italian teacher of French, deeply in love with France. One day my life took me to France and since then, my heart has remained there. I have lived there, and traveled almost all around it. I created a blog (Franciamonamour) to be inspiring for all those who crave for change in their life, to make them fall in love with wonderful France as I did, and maybe choose it as their new destination, for some days... or maybe forever. 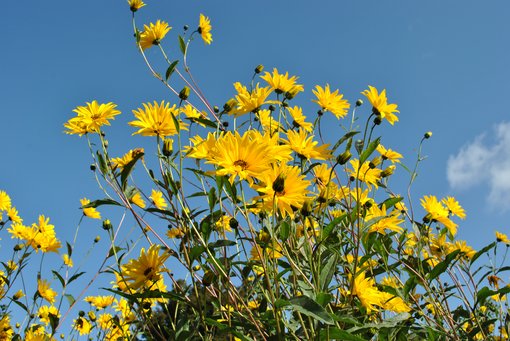