A Walk Through History and Nature Along the Opale Coast

Between the Manica Channel and the North Sea lies the Opale Regional Natural Park, the so-called Opal Coast. A bucolic landscape to discover, nearby the city of Calais!

This protected area offers a great diversity of landscapes, shaped over the centuries by its inhabitants. The Opale coast features dunes and sandy bays, including the two spectacular cliffs Cap Blanc-Nez and Cap Gris-Nez. Inland, in the Boulonnais region, lies the rural heart of the park with the Artois hills and magical villages.

The area to the northwest of the park presents the Audomarois marsh, the last cultivated marshland in France. The Opale Natural Park also has a beautiful cultural heritage represented by white chalk houses and rural torches houses. Numerous marked trails cross the park, allowing hikers to discover a well-preserved environment.

The beautiful beaches of Calais and the Opale Coast offer wild landscapes and beautiful views of the Manica Channel. They extend over 120 km. They are a great place to go for walks. It is also ideal for numerous sporting and leisure activities. For example sailing, windsurfing, canoeing, kayaking, kite surfing, jet-skiing, horse riding…

We recommend Cap Blanc-Nez which overlooks the North Sea. From there, you will be able to catch a glimpse of the white cliffs of Dover from the English coast in favourable weather conditions. They are about forty kilometres from Cap Blanc-Nez. Continue on foot to Cap Gris-Nez via the village of Wissant. Go along the coast of white cliffs over 100 metres high that drop down to sandy beaches. Along the beaches, from Cap Blanc-Nez to Cap Gris-Nez, you can see a series of impressive German bunkers. They were created during the occupation of France to besiege the UK during World War II. Another interesting excursion is to start at Cap Gris-Nez. You can walk along the cliffs to Audresselles in the direction of Boulogne sur mer. You can also stop by Ambleteuse and Wimereux. In Audresselles you will have the chance to visit the local flea market on Sundays.

A stopover in the historical and artistic wonders of Calais

Calais, located in the north of France, is one of the few cities in the world that lies in the middle of three capital cities: London, Paris and Brussels. It overlooks the Strait of Dover. It is at the narrowest point of the English Channel, and it is the closest city to England. The symbol of the city is ‘Le Six Bourgeois‘, created by Rodin in 1895. Calais is a city known for its World War II history and is home to the World War II Museum, which is housed in a former German Nazi bunker. It offers interesting insights into the events surrounding the conflict. Do not miss the Museum of Fine Arts which houses works of art by Rodin and 20th-century masterpieces by Dubuffet and Pablo Picasso. The Calais Lighthouse and Town Hall are also worth a visit.

The local cuisine of the Nord and Pas-de-Calais expresses two main influences: Flemish and Norman. In Calais and the various villages of the Opale Coast, it is typical to find numerous “Friterie“. There you can enjoy the best local fries with many sauces, super burgers with local meat. Try “l'americain with fricadelle” at one of the most famous friteries “La Friterie des Nations” on the beach in Calais. As dessert take a ‘glace à l'italienne à la vanille' at one of the stalls along the seafront. If you prefer something a little more gourmet, try the fish and seafood at La Sirène in Cap Gris-Nez, one of the world's most end-of-the-world headlands on the Opale Coast.
Other local delicacies you cannot miss are Mussels combined with various sauces, Flemish Carbonade (pieces of beef braised with onions and simmered in beer for preservation with brown sugar), chicory, cock with beer (flambéed with juniper and cooked in beer), faluche (round bread), flamiche (a pancake topped with melted butter), fricadelle (a sausage-like mixture of potato meat, onions, mustard and eggs), and rabbit with plums. In addition, there are various sweet specialities including cracker, shell and ‘tart au chuque‘. The region also offers numerous cheeses such as the heart of Arras. To end your journey in a good way, enjoy a crab salad sandwich at sunset along the coast of Boulogne sur mer.

Are you looking for a holiday dedicated to wilderness and history? Would you like to get involved in the local community? Calais and the Opale Coast are the right destinations for you!

Olà, I am Irene. I am Italian, I was born and raised on the Tuscan hills between Lucca and the Sea. Due to study purposes, I lived in Valladolid, Spain and in Lisbon, Portugal. A recent mind-opening journey to Brazil enlightened me about the social and environmental sustainability that our society needs. Since I was a child, I have been driven by discovering New Cultures and Mastering a variety of Foreign Languages. I am passionate about Sustainable Tourism, Marketing, and Social Impact Projects. "Who lives must be prepared for changes" (Goethe, Italian Journey). 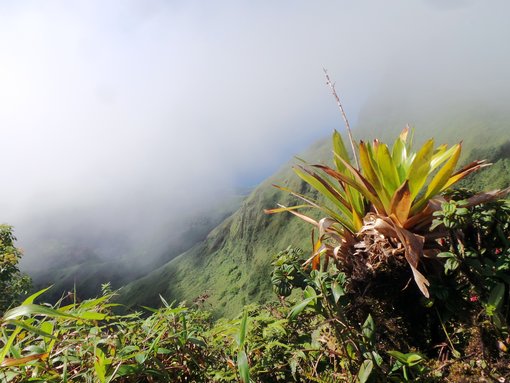