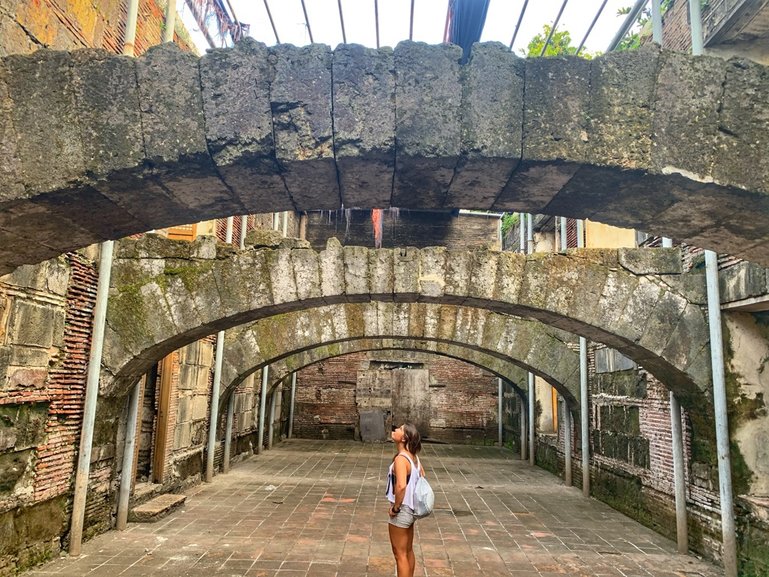 The capital of the Philippines, Manila, doesn't always make the headlines as a top destination spot in the Philippines. Despite the low interest in tourism, in recent years Manila has grown to become one of the top relocation targets in Asia. Thanks to the numerous multinational companies that outsource their work or set up their regional headquarters there, the city now has over 10 million inhabitants.

So if you consider a stop over on your way to another grand destination, let Manila challenge your assumptions and follow this guide on our favorite 7 things to do in Manila. Best part is you can cram these in 2 days so it's perfect for breaking up flights.

There is a neat custom in Manila where you can buy what you want from the cabanas and then take it to the restaurants outside the market to have them prepare it to your taste.

The Pasay Seafood Market is near the Mall of Asia, set along tight aisles where tables and cabanas are piled with shrimp, lobster, langoustine, crab, mussels, and all sorts of fish.

The Salcedo Market is a bustling market that only operates on Saturdays. Here you will find the finest local fruits and veggies as well as some of the best local Filipino and international street food.

There are plenty of different museums in Manila. The Ayala Museum is an astonishing gallery comprised of Philippines' art, ethnology, and archaeology. There are six main permanent exhibitions, which house traditional Filipino maritime vessels, fancy embroidered silk worn by the elite, porcelain traded with the Chinese for thousands of years, and works of art from the 19th and 20th centuries.

The Casa Manila Museum is located in the famous Intramuros area of Manila and is home to the Spanish colonial period of Manila. The Museum House was built in the 1980s but is a faithful reproduction of the mid 19th century house on Calle Jaboneros. Each room has authentic artifacts.

There is also the National Museum of Fine Arts which has paintings and sculptures by the most prominent Filipino artists in the 19th and 20th centuries. The Cultural Center of the Philippines is a great way to see engaging productions in architecture, film and broadcast, arts, dance, literature, music, new media, theater, and visual arts. It not only promotes local and indigenous artists, but has also hosted numerous prominent and international artists.

One of our absolute favorite places in Manila is this fort. it was built in 1571, this military base was for the Spanish government and is housed in the northwest corner of Intramuros. The battle of Manila took its toll on the property during World War II, but a lot of it was restored. The monumental main gate is stunning and has the Spanish coat of arms. This fort also houses relics of the Philippine Revolution in 1896, where the national Hero Jose Rizal was incarcerated before his execution. 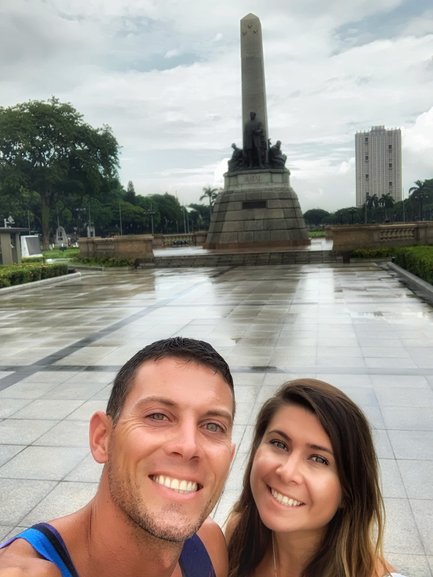 Brady and Bianca at Rizal Park

At the southern limit of Intramuros is the famous Rizal Park. Independence was officially declared here in 1946 and this is where Jose Rizal was executed in 1896, bringing the Philippine Revolution to a head. The monument houses Rizal's remains and is guarded day and night by soldiers. Besides all of the history in this park it is also a rare open space in the city, truly a small green island compared to some of the world's most congested streets in a city.

This is the largest Mall in Asia and is home to prominent retailers from all over the world, houses a cinema, houses convention and social functions, and leads to the Baywalk. This mall has become more than just a mall in the Philippines, it is one of the largest tourist attractions in the Philippines and challenges the status on shopping, leisure and entertainment in the area. 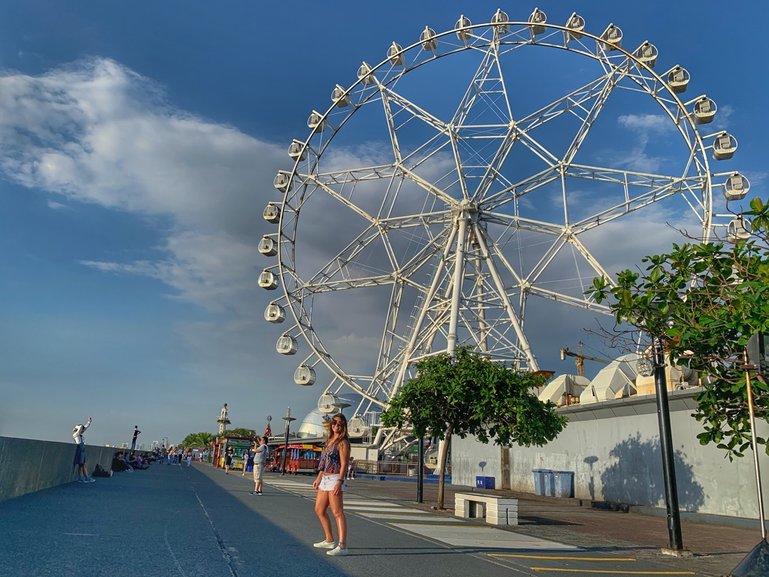 Ferris Wheel on the Baywalk

The Mall of Asia leads us to the Manila Baywalk. The Baywalk caters to the sunset lovers, the food junkies, and the carnival enthusiasts. Here you can take a stroll or rent a scooter down the 1.5 miles of boulevard. The waterside is prominent in the evenings and during sunset where you can watch the sun go down, enjoy live music, street performers and food vendors. You may also ride the Ferris wheel and partake in carnival activities. As you move down to the Yacht Club you will run into some of the best cafes and restaurants Manila has to offer. We definitely ate our fare share of hot pot, buffets, Korean BBQ and so many more tasty and inexpensive meals.

There is no shortage of Casinos in Manila. Every area of the city will house an abundance of casinos or hotels that feature stay and play options. The one we went to was City of Dreams. City of Dreams Manila is a luxury integrated casino, entertainment, shopping, and resort facility. The Casino is sandwiched between three main resorts in Manila, the Hyatt Regency, Nobu, and Nuwa. It also has the world's first DreamWorks-inspired education based entertainment playplace called "DreamPlay by DreamWorks".

Most trips to the Philippines will start or end in Manila, as it is the gateway to the best islands and beaches in the Philippines. We hope that you don't dread your stay there and that we've helped convince you to branch out and actually see some of what Manila has to offer. It will make for a fun couple of days of eating and exploring. 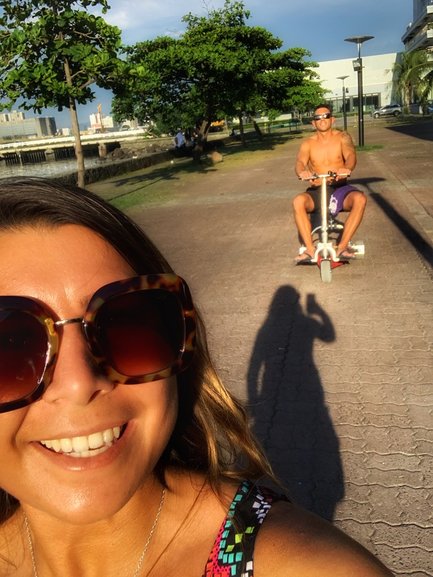 Scooters on the Baywalk

Been to Manila? Let us know some of your favorite spots and recommendations for our next stay there and for our readers!

Things to do Manila Philippines Asia

Hi!! We are Bianca and Brady, and as you have probably already guessed we LOVE to TRAVEL. We run our Travel Blog and we have been exploring the world together since 2015. We have had some truly once in a life-time experiences; like 4 wheeling up and down rainy cliffs and mountains in Honduras, scuba diving in very cold water in the Pacific North West, cruising, swimming and trekking through Mexico, and getting married in the Dominican Republic, are just to name a few. Even our latest big adventure moving to Guam has been nothing short of exciting. Somehow we always manage to have a blast everywhere we go. We have a combined knack of g... Read more 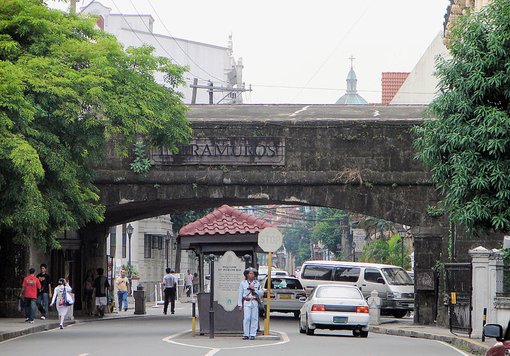 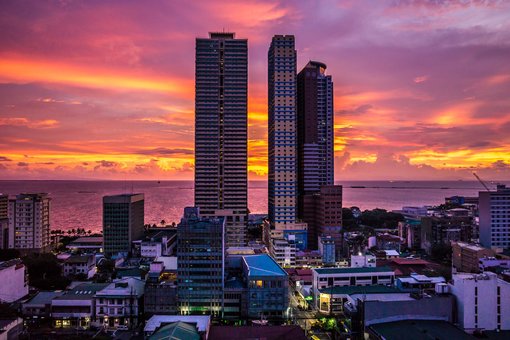 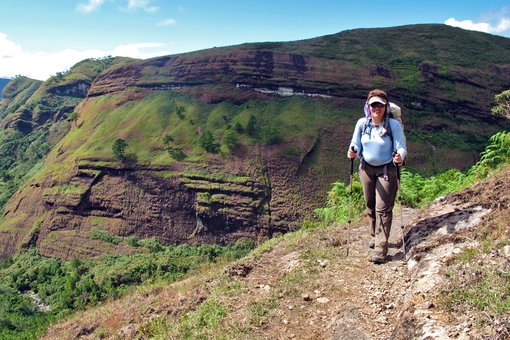 Explore the nearly 400-year-old Galle Fort and the many heritage sites that stood firm even in the midst of violent calamities, including the Boxing Day tsunami in 2004. Journey through time as you walk along its streets. Visit the historic ramparts or walls that make up the UNESCO World Heritage Site and take in its cultural and architectural view