Nana is a young Vietnamese woman who converted a large garage on Phu Quoc (a Vietnamese island off the coast of Cambodia in the Gulf of Thailand) into a hostel herself. She called her hostel "Minion". 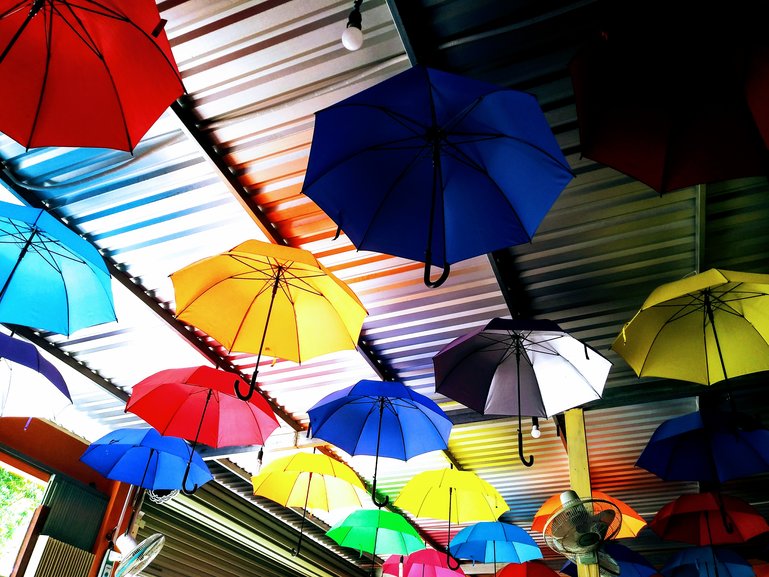 I got to know her when she wore a protective mask. In one hand she held a drill and with the other she tried to touch the mortar. Her sister Hien washed the dishes during this time and tried, without being able to speak a word of English, to accept the wishes of the guests with the help of gestures and facial expressions.

During this time the mother lovingly cared for little Liem, the son of her sister. Nana, who was still full of dust and paint, occasionally went through his hair and gave him a kiss on the forehead. The sister then looked at her angrily. 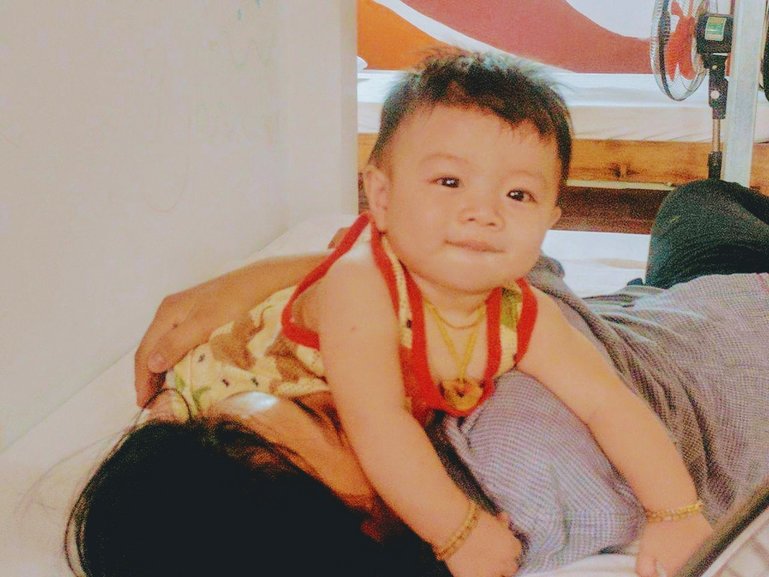 A pure women's business that functioned silently, and yet: again and again you could hear a quiet giggle and a laugh, especially when the neighboring women joined in. 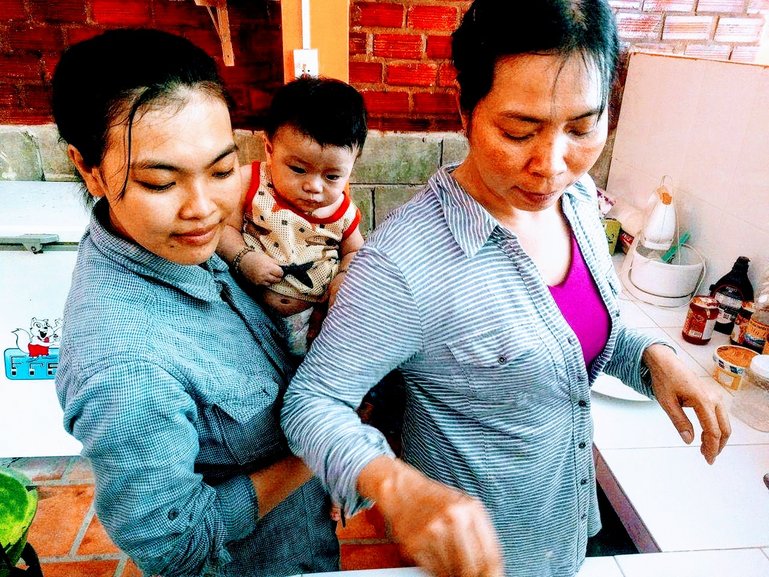 Opposite Nana was a small kiosk. The 20 most important things a backpacker needed were there: Toothbrush, toothpaste, razor, coconut oil, bandages, shampoo and deodorant but also water, chips, cigarettes and the local Vietnamese wine Da Lat could be bought there.

To the left of the kiosk was the French bakery BNANH PHAP. A French baker settled here seven years ago and bakes his delicious croissants every morning at five in the morning.

Then the small fish restaurant with the fish caught on the same day. The restaurant consisted of a seven-person Vietnamese family with five sons. The youngest son was just nine years old and threw the entire service away for 12 hours.

To the right of the hostel was the "Fruit Woman" with her old mother. Both seemed to have no teeth, but always smiled at the same time when you walked past them and said "helloooo" at the same time. When I once asked the daughter if it would be ok to take a picture of her, she quickly went through her hair and into pose. Mother and daughter sold fruits and freshly squeezed juices for 15,000 Vietnamese dongs (about 56 cents).

The baskets with the fighting cocks stood on an abandoned property. An unacceptable picture for us, especially when they have to stew in basket bags in the sun for hours before the fight.

Around the corner then the long sandy beach with the local small cafés and a modern bar.

When I met Nana 2 years ago, she drove a motorbike, listened to music, drank alcohol, laughed a lot and enjoyed celebrating. In the evening she liked to light a fire on the beach and throw some fish on it. Everyone loved Nana. A faithful friend of Nana, Hung, often came by and then sat silently in the women's group.

Now, two years later, I visit Nana on the island again. My journey does not end on Phu Quoc this time, it begins here. Everything has remained the same, Nana and her hostel, it is now called Phu Quoc backpackers.

The French baker still bakes his chocolate croissants, the fish restaurant still exists. The cafés and the bar by the sea are still there. Only Nana seems to have lost interest in everything and seems rather absent to me.

She walks nervously through the hostel with a black mask (named White)... Later she tells me that she tries to get lighter with the different masks. But it doesn't work. Some burn and others even leave small püstels. There have also been deaths from the use of this cream. Family and boyfriend are under pressure. Nana has to get married in two weeks and be "white". To my question why she would marry in the first place, she only answers with : Vader, Vader ... and means the mother ...

Nana has to get married, the mother had determined! She will be 29 next year. To save her she decides to marry her best friend Hung, which makes things a little easier. What she then does and whether she will divorce again afterwards doesn't seem to interest anyone - not even her future spouse Hung. But he also insists that Nana must be white by the time she gets married, which is very important to the small village An Thoi in the south of the island from which the two come.

Nana now cooks twice a day for her future husband Hung, although, as she says, he is only a friend and will stay after the wedding.

The kitchen, and with it the restaurant, remain closed for the rest of the guests. Nana has lost interest in the hospitality of her guests.

Nana is also not allowed to choose the dress herself. She would like to buy a short dress. But the mother has already ordered a long one for her. Also the sleeves have to cover everything. The invitation cards (in pink and gold) are already on the table. are at least 100. The whole village should participate.

Nana should then go back to the village. She wants to work fast again and find a job. The money that she earned then belongs to the family, so that the sister should be able to take care of the boy, because the father of the child, like most male persons, has left the island. Nana gets a small salary from the mother.
The hostel is now sold and she has already renamed it Phu Quoc Backpakers.
Phu Quoc, a story that started with Nana for me, now ends for me with her return to the small village of An Thoi ..

Hi, im Yasmin and im travilling hole my life. I just came back from Asia and planing now to go with my old dog by a VW Camper through Europa. 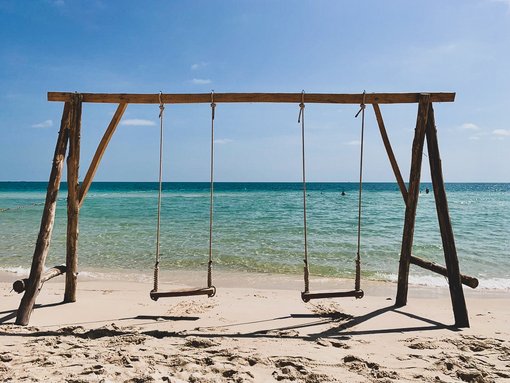 A Travel Guide to Phu Quoc

Vietnam Reopen to International Tourists: What You Need to Know

Mui Ne is known as one of the most beautiful beach city in Vietnam. It takes 250km in 4 hrs transfer from Nha Trang. There are many interesting sight-seeing that you never want to missed: Long Beach, Salt Field, Bau Truc Pottery, Pink Sand Dunes, White Sand Dunes.