Many affectionate nicknames define the South African city. Cape Town, The Mother City is probably the most popular one and makes the most sense. Also, there are several reasons behind it. Our favourite one is the feeling that everyone has when they stay in the city, locals or international visitors: it’s the feeling of being home. The city has a colourful history and is a must see not only in South Africa but in the whole world. We had a great opportunity to explore this city for a week in May 2018. We will share with you our favourite places to visit.

The most visible scenery you can’t afford to miss. Cape Town is surrounded by spectacular mountains! As nature lovers, the choice of reaching the top of those unusual rock formations was obvious.

At the top of Lion’s Head

Immediately after landing in Cape Town, we made a quick stop at our hotel to check-in and rushed over to Lion’s Head, located on the right side of Table Mountain. As a matter of fact, a lot of Captonians do the short hike to the top of the peak and enjoy the sunset after work. We were so excited and decided to do the same. For us this is the perfect combo: hiking and sunset. Our surprise at the top of the mountain was absolutely amazing. It is probably a 1-hour hike, easy at the beginning and harder at the end as it gets steeper toward the top but the reward is worth a try. The summit offers a 360° panoramic view overlooking the city as well as the ocean and Table Mountain. Plus, the cherry on the cake, we could admire one of the most beautiful sunsets we have ever seen. For a complete experience, bring a bottle of wine or a beer! 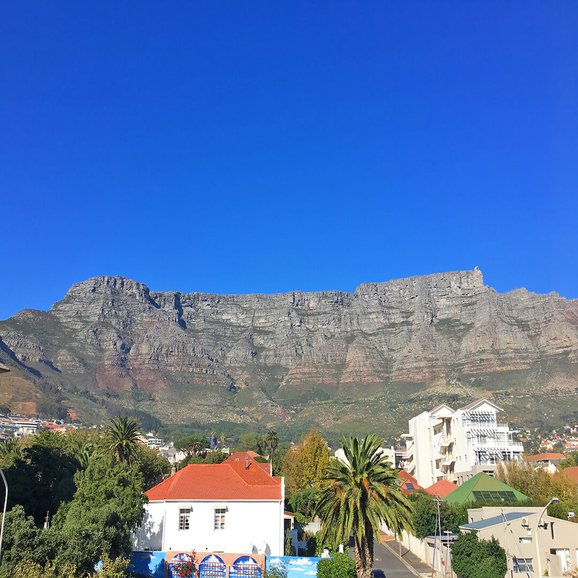 Table Mountain was recently ranked as one of the 7 Wonders of Nature. Its long flat summit makes its name obvious. The easiest way to reach the top is to use the Aerial Cableway but the natural park is heaven for adventurers. As a result, several hikes lead to the top. The view of the entire city is breath-taking. We advise you to spend half a day there where you can enjoy a coffee overlooking Camps Bay and strolling around many available paths on the Mountain. 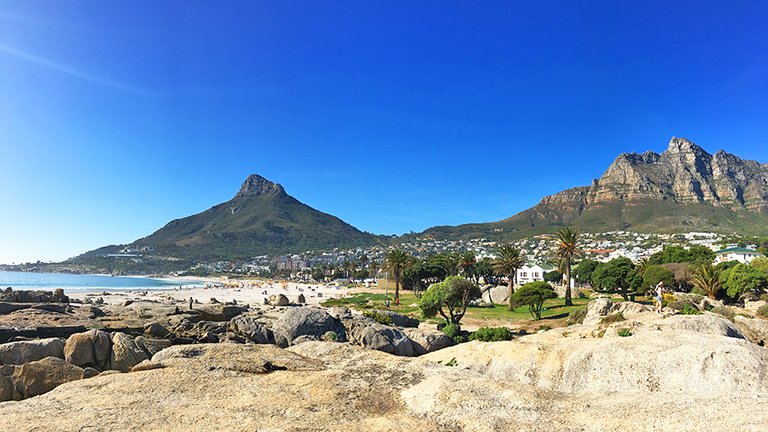 Camps Bay is located behind Lion’s Head and is the nicest area in Cape Town. It looks like a holiday village with a Californian style: stunning beach with palm trees along the way, a surfer’s paradise as well as plenty of bar’s and restaurants by the beach road. You have the opportunity to lay down on the white sand or sit on many comfortable rocks by the water. Finally Camps bay is home of several rich villas that will make your eyes sparkle. 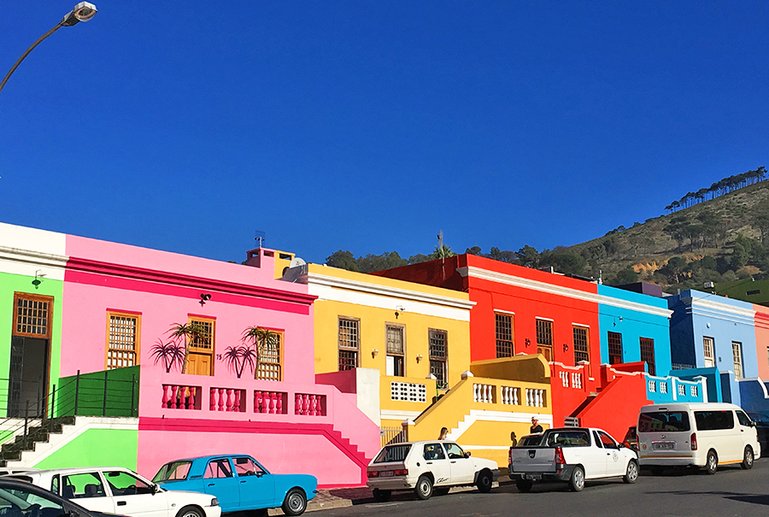 In the city, Bo-Kaap is the main Malaysian district and famous for its several colourful buildings. Situated on the slopes of Signal Hill mountain, you can wonder around the cobbled streets walking from one pink house to a blue followed by a green one and so on… We suggest photograph lovers visit this place to capture a few shots. It’s the most picturesque place of The Mother City due to the presence of many mosques and houses painted in pastel colours. You only need half an hour to capture the perfect shot with Table Mountain in the background. 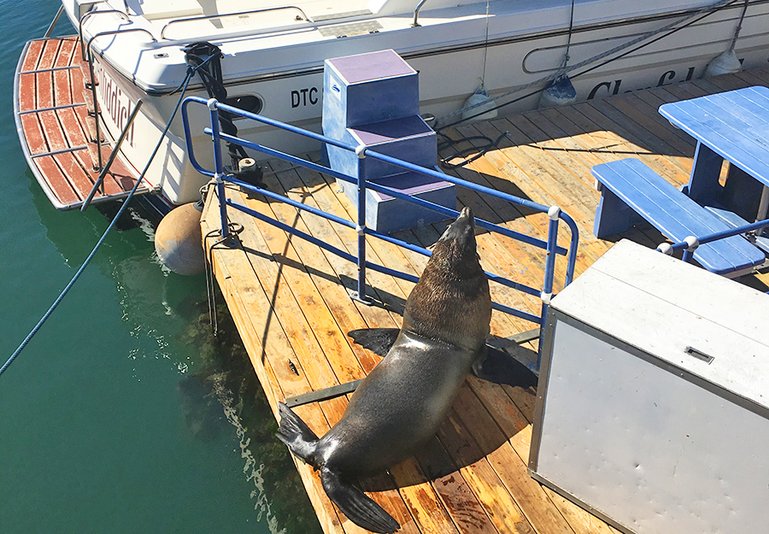 Spend a day at The Victoria & Alfred Waterfront, the country’s most attended place by foreign visitors. The touristic site offers many recreational activities such as a shopping mall, bars, cafes, restaurants. V&A Waterfront has its choice of leisure attractions such as aquarium, museum, sightseeing tours and big Wheel. For instance, it is the departure point of daily boat trips to the world-famous Robben Island, where Nelson Mandela was imprisoned before the fall of apartheid in South Africa. During the evening, we also recommend you book a champagne sunset cruise in the harbour and hop on the big Wheel for a romantic moment. We had a memorable end of our stay as we enjoyed our lunch on a patio overlooking a seal soaking up the sun along the quay. We invite you to visit the mall’s official website because there are much more to discover at V&A Waterfront.

Cape Town, Mother City offers a variety of great activities. However, there are many more adventures to explore outside the town. Stay tuned for our next blog post about the Western Cape Province!

Hi we are Melissa & Anthony. We worked at sea onboard cruise ships and travelled around the world for many years. We recently started our travel blog SeaOneWorld in order to share our memories and tips. We especially like giving tips to cruisers and write about our favourite hotels and travel destinations. Let's sea the world! 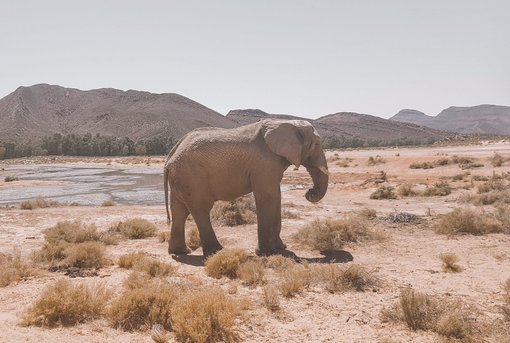 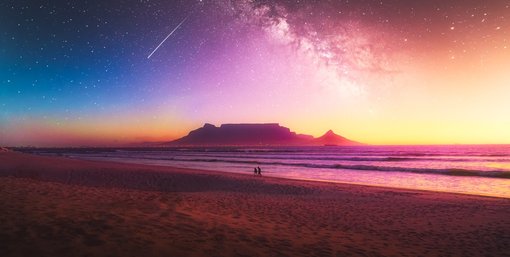 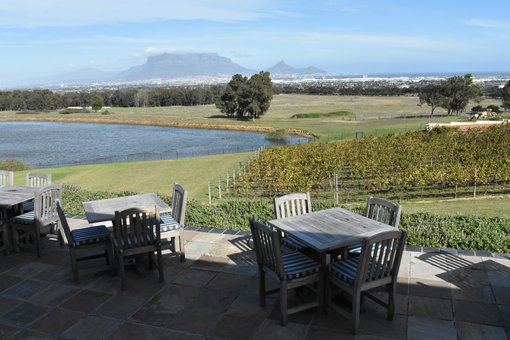 Historical Tour with a Taste of traditional Cuisine

We will stroll through the historic centre of Cape Town, which was once a replenishment station and later became a colony that developed into the vibrant city we see today. We will visit the landmarks and taste the best of the Cape Malay tradition. You will learn about the unique history, architecture, and culture of Cape Town and South Africa.