5 Cotswold Villages That Need To Be On Your Bucketlist 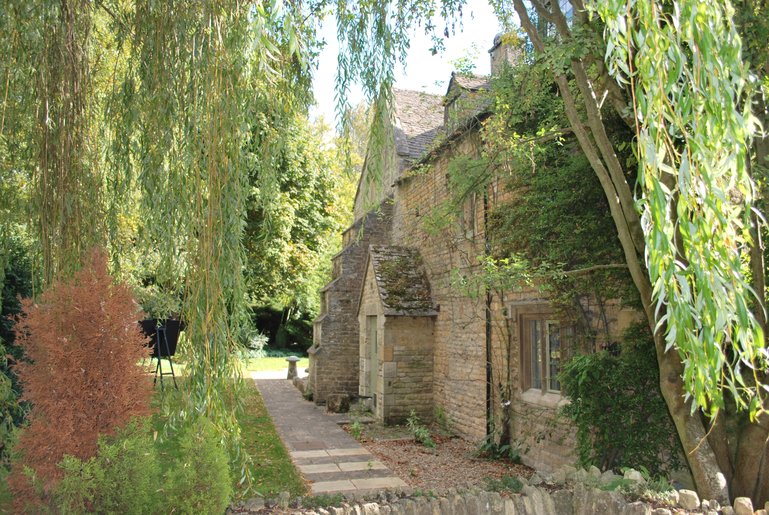 Webster’s Dictionary defines “HYGGE” (pronounced ‘hyoo-guh’) “as a quality of coziness and comfortable conviviality that engenders a feeling of contentment or well-being (regarded as a defining characteristic of Danish culture).”

Imagine: Cozying up next to the fireplace, candles burning, soft music in the background, comfiest pajamas and warm socks, sipping on hot tea. That’s our hygge… the Cotswold feeling. 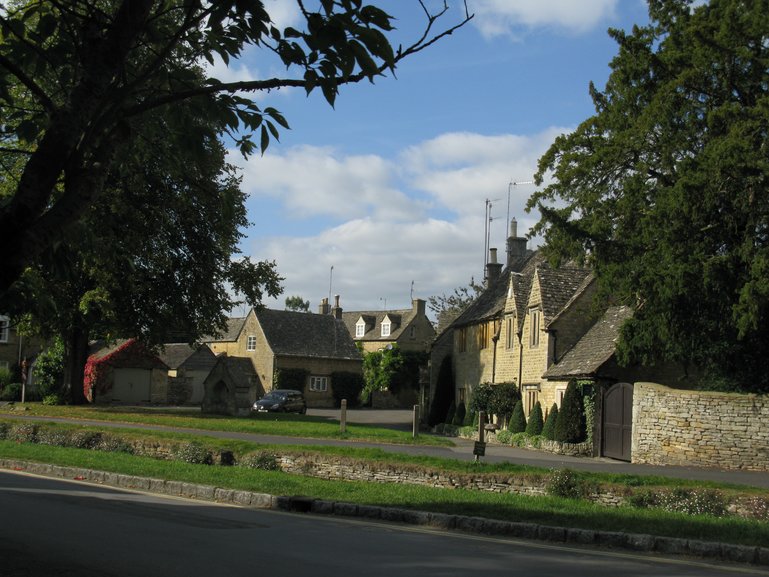 When I was a teenager, I read a book that took place in the Cotswolds. I thought that these little villages couldn’t possibly exist: unspoiled beauty, babbling brooks, thatched roof cottages. I knew then that I had to visit but didn’t know when.

Fast forward to 2008, my husband and I decided to jump the big blue pond and stay in London for a few days. He asked me, other than London, where would I love to go? My book from long ago that I read surfaced from the recesses of my memory and I jumped up, “Cotswolds!”.

“Think of England as a very large book. The Cotswolds would be an unfussy chapter in the middle somewhere where there is lots of limestone and even more sheep.”
~ Susan Meissner 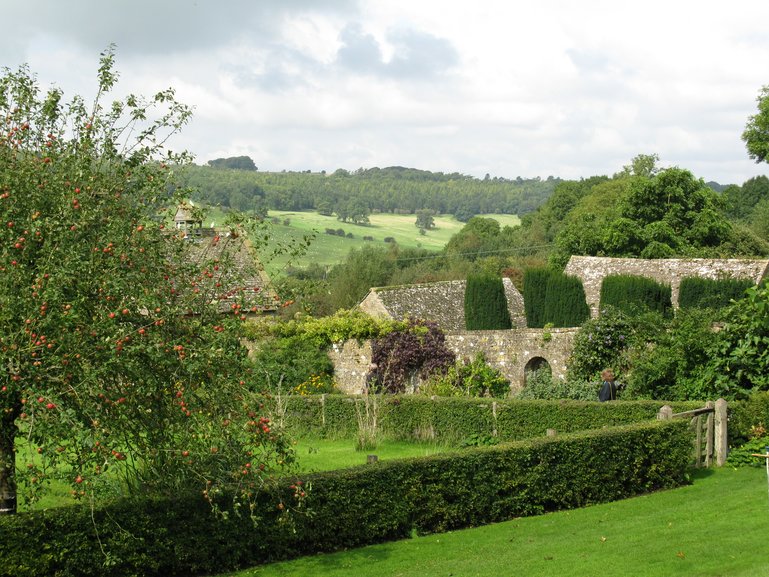 Need a distraction from fast-pace of London? Head about 90 miles west and come upon 800 square miles of unspoiled little villages.

Their limestone walls and storybook images stretch from Stratford-upon-Avon to Cirencester. Imagine stepping back in time. Most are unchanged over the hundreds of years.

They are sleepy enough that they aren’t uninteresting and we promise that they will keep drawing you back.

Helpful tip: Make sure you either have a map or a GPS to get to all the villages. It can be easy to get lost on all the back roads.

These charming hamlets are exactly what to look for when you want to take a stroll, people watch (if there are people around), and have the perfect cup of tea and scone.

It’s hard to narrow it down but listed are five to get your wanderlust juices flowing.

(Take a minute to look at the pictures, even though the pictures give you a glimpse of their beauty, seeing it in person takes your breath away.)

Chipping Campden is the queen of the Cotswold experience. It's easy to picture the limestone walls, feel the breeze, and smell the rain in the air..

So much to see, whether it be St. James Church, or the 17th Century Market Hall on High Street, find a museum on Sheep Street, an antique shop or enjoy a lazy day and have a tea and scone in Badgers Hall Tea Room.

Or how about the Lygon Arms for a Ploughman’s!

Step into the oldest coaching inn in Chipping Campden that dates back to the 16th century. 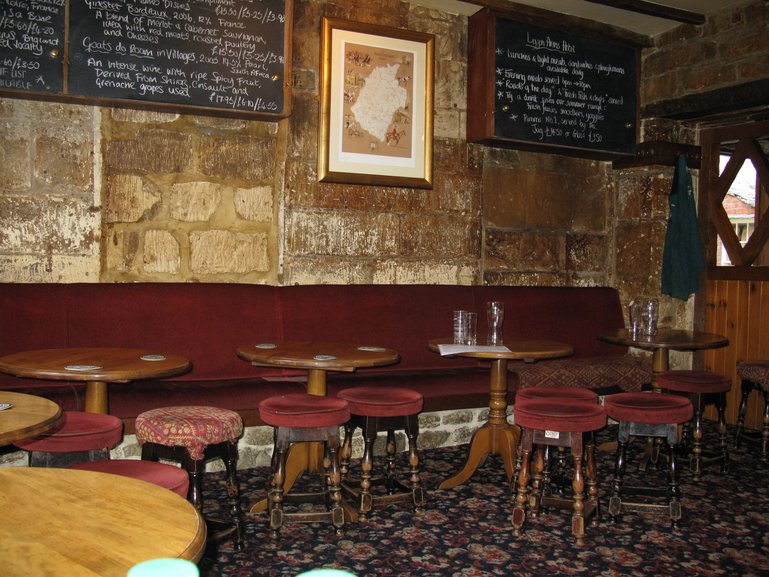 When I conjure up old England, I think of this building. The wood, the rock walls, and the lovely paisley carpet. I remember ordering an extra drink when we were finished because I wasn’t quite ready to leave. Yes… hygge!

Have dinner at a 14th Century restaurant: the 8 Bells..(try the gammon steak. It is delicious). Rumor has it that priests were hidden in a room below the floors during the Reformation.

Again, it’s just a rumor but if you go in to one of the dining rooms, there on the floor is a glass square. Under this glass are ancient stairs lit up and leading to…?? Intrigue and spookiness all in one. 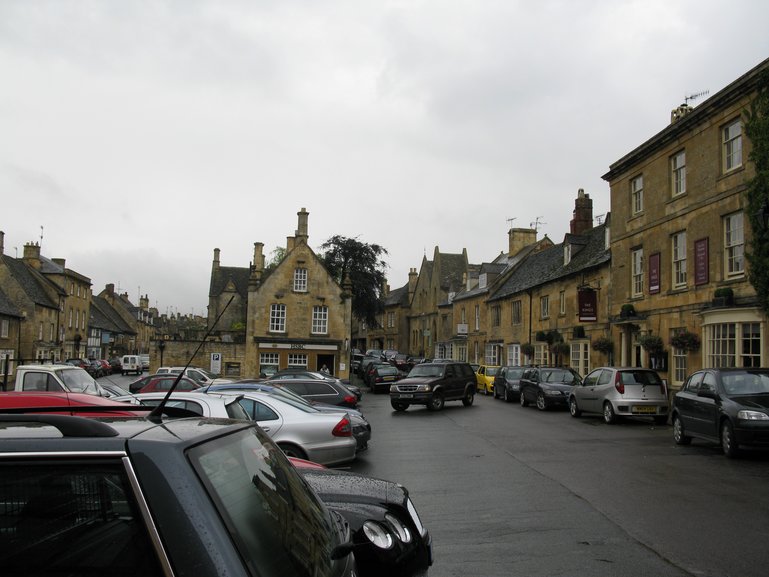 The Campden Wonder is a true story of the Perry family, Joan and her 2 sons, Richard and John, who were executed for the SUPPOSED MURDER of the Campden House steward, one William Harrison, in Aug. 1660. Harrison walked back into Campden some 2 years later with a tale of abduction, piracy and slavery.

St James Church contains a 14th century priest’s cope, the oldest example surviving today and a 15th Century altar hanging. Its tower has recently been described as one of the 50 best in England. 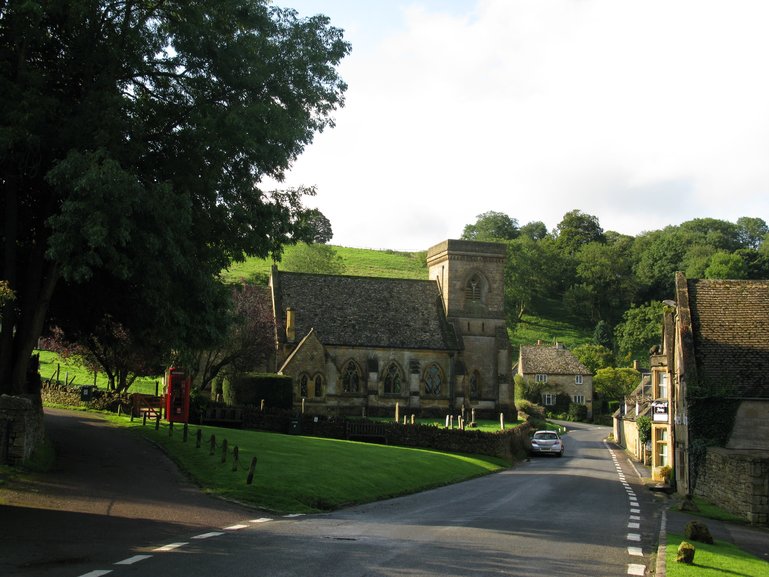 About two miles from Chipping Campden is the hypnotic tiny village of Snowshill, population a little over 160.

But don’t be fooled, It is full of character and natural beauty with the rows of fairy tale homes and cascading hills full of sheep.

Snowshill is steeped in natural beauty and feels like you have stepped back in time. 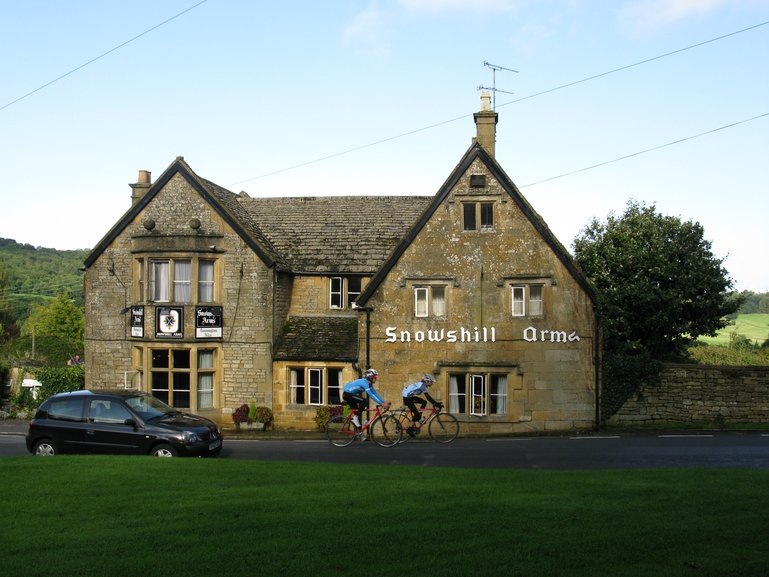 While we spent about 30 minutes there, we noticed the people walking their dogs, the bicyclists coming through the village, and the horseback riders taking a stroll down the lane in the center of town.

Enjoy the one pub or the Manor (museum filled with relics from all over the world.

The keeper was a bit of a recluse and a hoarder. If you're claustrophobic, I suggest you move on). 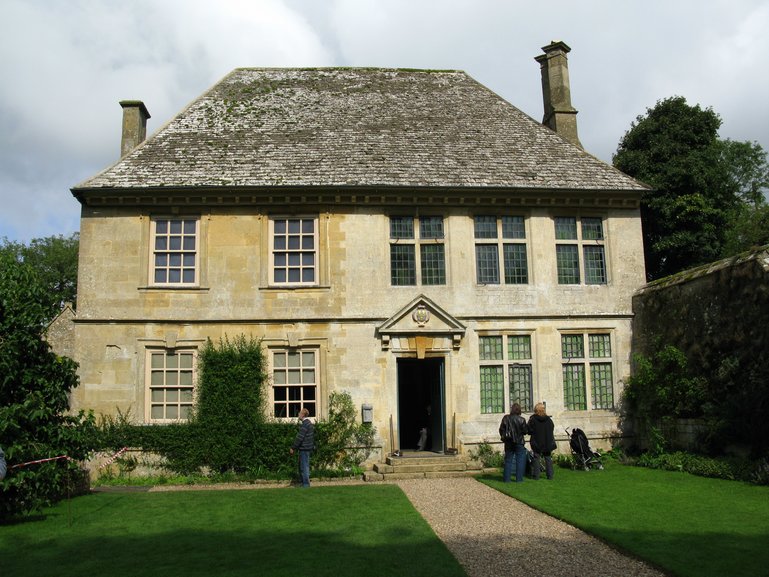 Snowshill in the movies:

The one claim to fame in Snowshill: Bridget Jones’s Diary (2001) was filmed here.

Broadway, the Jewel of the Cotswolds, is one of the larger villages in the Cotswolds with the population around 2500.

Large enough to have the quaint small town feel. More tour buses and people along the streets.

The tea and scones and the boutique shops are well worth the visit. 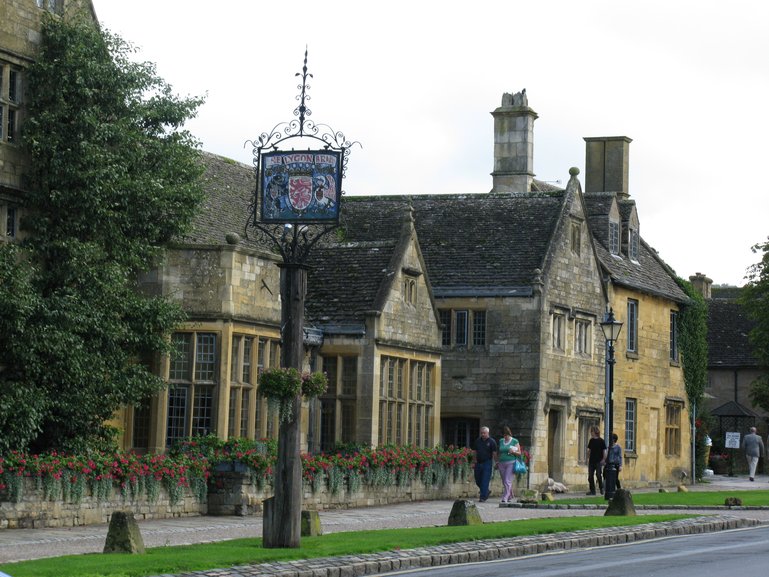 Out for a stroll? If you keep walking to the VERY end, there is a lovely Christmas shop. 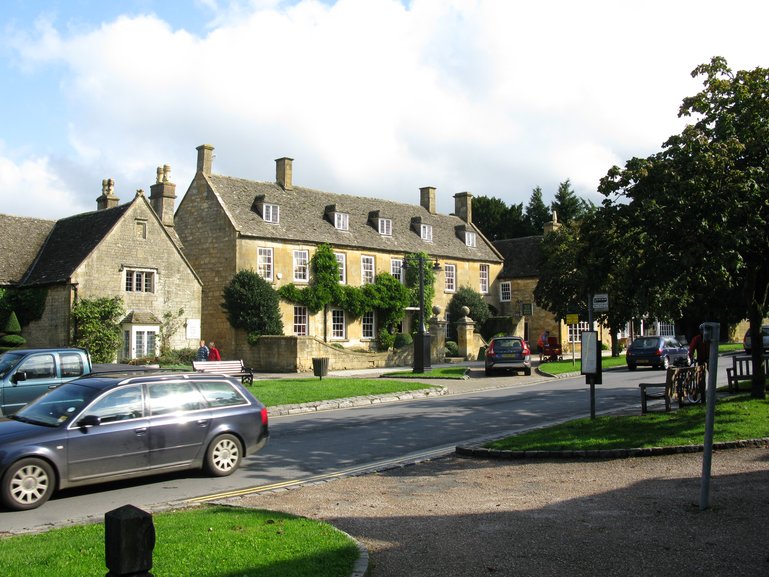 In the mid-1600s the first and last battles of the English Civil Wars were fought in the Cotswolds at Edgehill and Worcester respectively.

The Cotswolds were strategically important as the King Charles I had his headquarters at Oxford to the southeast and Oliver Cromwell had garrisons and sympathisers at cities to the west. Both leaders stayed in the Lygon Arms Inn in Broadway and you can still sleep in the same room that Cromwell used in 1651.

The Parish Church of Saint Mary in Lower Slaughter

Umm… when can we move here? There is no rushing here.

Even the stroll is slow. Walk beside the water that runs through the village.

Bring a picnic. Step through the cemetery and try and read the ancient headstones.

Breathe in the Cotswold air. Stop in to the Old Mill Museum, a wonderful hidden gem, offers an award winning gift and craft shop, ice cream, tea room and cafe.

One Fact about Lower Slaughter:

Numerous quintessential English villages nestle in the Cotswold countryside with one of the most picturesque being Lower Slaughter.

Whilst its name implies something horrific it in fact derives from “slough” meaning wetlands or muddy area. This wet area was created by the river Eye which meanders slowly through the village passing under quaint bridges. With a mill, manor house, church and pub the village oozes charm and tranquility. 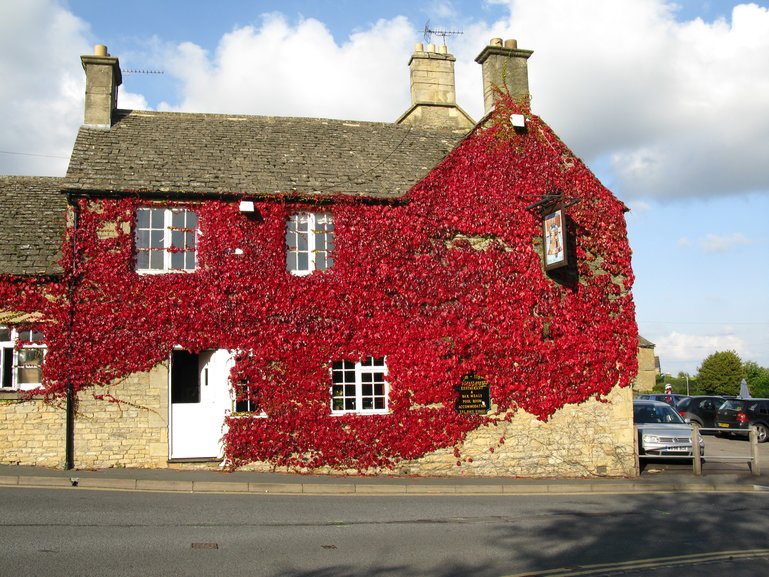 Metropolis for the villages but still easy to navigate, Stow-on-the-Wold is a great hub.

Head to the Market Square, where a 14th century cross stands, and be surrounded by pubs and outdoor cafes. 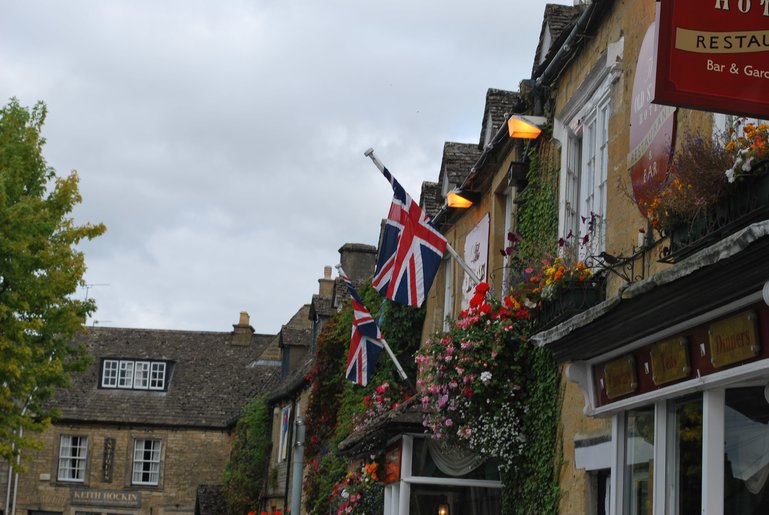 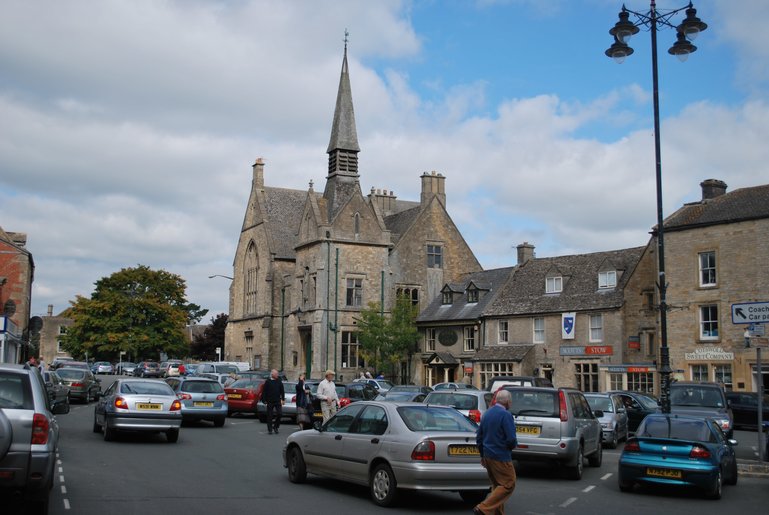 My second rumor of the Cotswolds is that the trees in this picture were an inspiration for the trees used in the Lord of the Rings! There is a resemblance.

There are several major roads that run through Stow, including the Fosse Way (an ancient Roman road). Pop in on one of the side streets, some of the narrowest in Britain, and enjoy a coffee: perfection in a cup.

Inspirational Trees (Lord of the Rings) in Stow-on-the-Wold

One historical fact about Stow-on-the-Wold:

The Porch House pub in Stow-on-the Wold can claim to be England’s oldest pub as it dates back to 947 AD when it was a hospice (a place of rest and refreshment) attached to Evesham Abbey. Carbon dating has confirmed that some of the timbers date from this period.

Still visible in the public rooms are ‘witches‘ marks’, which are signs meant to ward off spells. It now has a restaurant with welcoming log fires.

Joyride around the hills in Gloucestershire. Take your time. Get lost. Find your hygge. Enjoy these dreamy-postcardy villages.

We promise, the next fairy tale hamlet will be even more charming. Don’t believe me?… time to take an adventure. 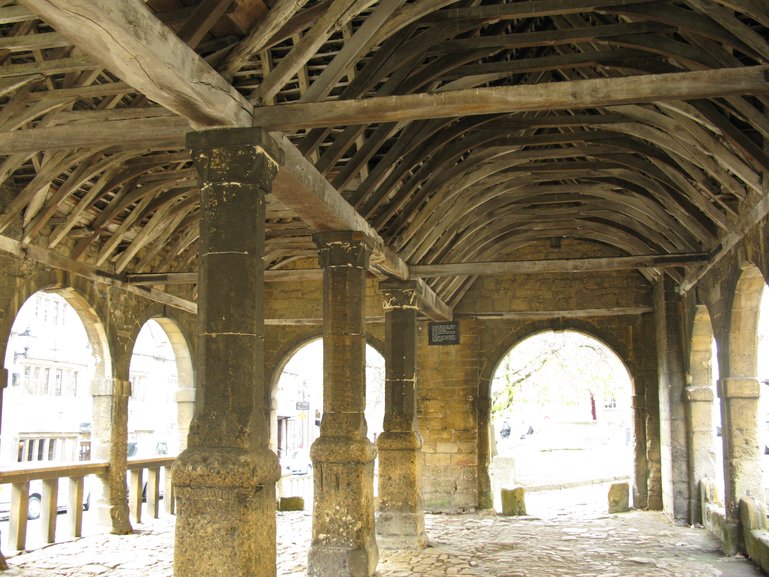 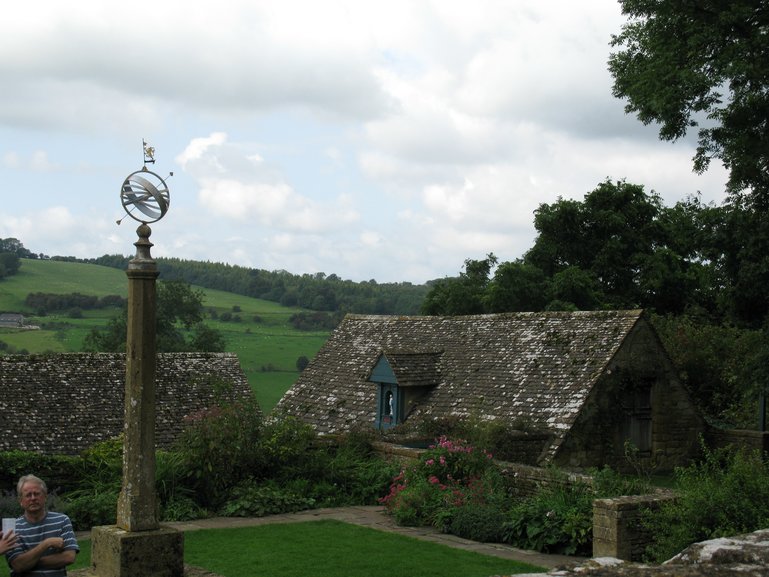 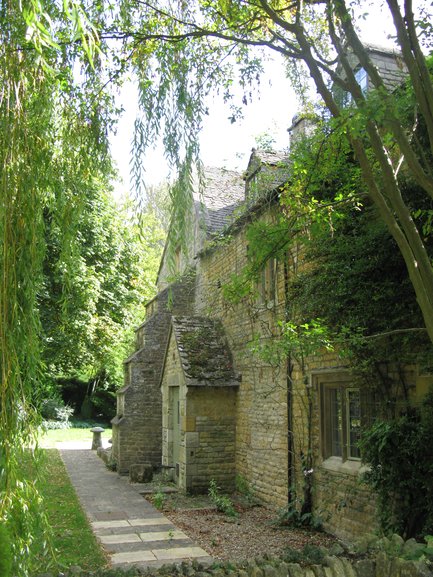 Written by Thistles and Coos

Natalie and Connie have been providing people with travel services, itineraries, advice, cultural insight and important tips when traveling. Thistles and Coos invites you to join in on our journey to appreciate the beautiful world and the amazing people it contains. #travelsimpler 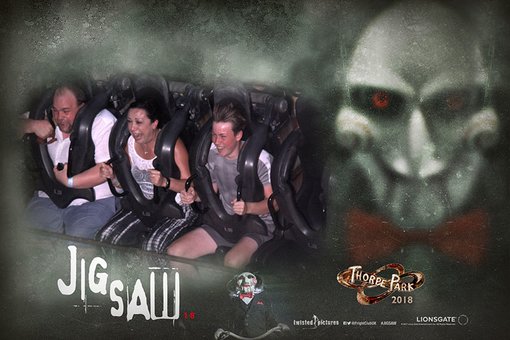