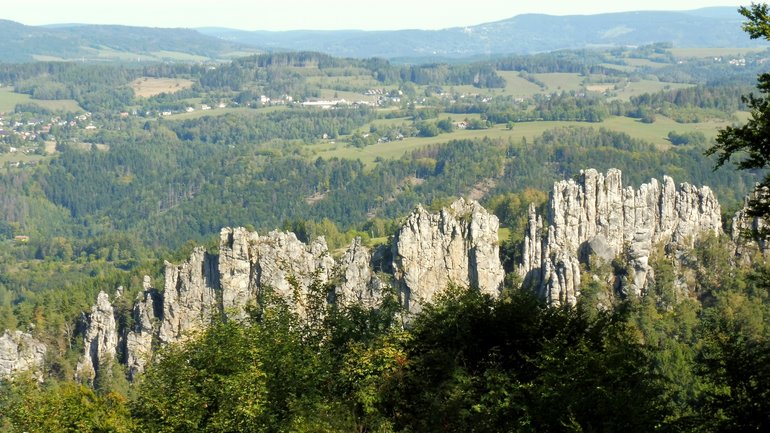 Would you like to visit Czechia? Or are you just looking for a new travel destination you haven't been to yet? Every year, millions of people visit this small country in the middle of Europe. Why? What's so special about it? Here are my 10 reasons why you should put Czechia on your travel list!

Most international visitors come to the Czech Republic because of its capital – PRAGUE. And I understand why. Without a doubt, it's one of the most beautiful cities in the world! But if you love walking through picturesque and romantic streets and enjoy visiting historical sights, you should know that there are way more places in Czechia that will steal your heart!

You'll find traces of the rich Czech history on each step. Towns with a well-preserved medieval look, old buildings, churches, monuments, sculptures, and many castles! Would you believe that there are over 2000 of them around the country?

Nowadays, 14 of the most beautiful and valuable Czech sights belong among the UNESCO World Heritage Sites. Visit some of them and experience the touch of their centuries-long history for yourself!

Czechia is not only a country with lots of historic towns and sights. Its beauty also lies outdoors! Did you know that 15 % of its area is protected? In the Czech Republic, there are 4 Nature Parks and 26 Landscape Parks with a total area of 12 000 km2!

Thanks to the varied geology, the Czech landscape is very diverse. Czechia is bordered by several mountain ranges, and its center is rather flat. But it doesn't mean boring! Distinctive hills rise from the widespread lowlands, and rivers make their way through deep valleys and rocky canyons.

So, when in the Czech Republic, don't forget to make a trip out of large cities. Climb a mountain or an old volcano, wander among sandstone rock towers, or explore bizarre karst landscape with caves and abysses!

Czechs love hiking and trips. That's why you can find more than 40,000 kilometers of marked hiking trails in Czechia! By the way, that's more than the Earth's circumference. These trails are basically everywhere, easy-to-find and easy-to-follow.

Some of them lead to a mountain top, other ones will take you to a breathtaking view or a castle ruin. Some routes will even walk you through a town center!

When packing your luggage for the vacation in Czechia, don't forget your hiking shoes at home!

Spa culture has a long tradition in the Czech Republic. There are several spa towns around the country, some of them are even world famous! Mainly, they're known for their springs of healing mineral water. But in the 18th and 19th centuries, spas were also the places, where the VIPs and wealthy people would meet and chill!

Now, if you want to visit a spa town, you don't have to be made of money. Stroll through beautiful colonnades, sip mineral water drawn from spring fountains, buy some warm spa wafers, and enjoy the impressive architecture all around you! 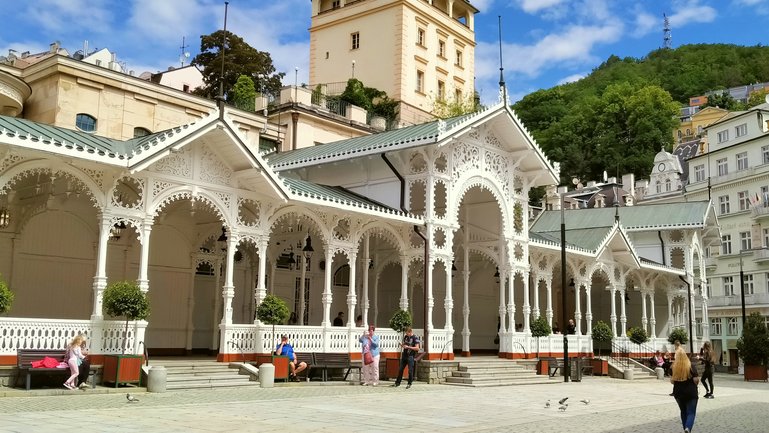 If you want to explore Czechia on your own, you can rely on a very effective system of public transport. Thanks to a very dense network of both railways and bus routes, you can get basically anywhere. And for a great price!

In comparison to the West-European countries, Czechia is quite cheap. You can get a nice hotel room for less than 50 EUR a night. Eating out isn't expensive either. A lunch menu, including drinks, will cost you about 8-10 EUR. An unlimited 24-hour transportation ticket in Prague costs 4 EUR. The price of a train ticket for a journey between the two major cities, Prague and Brno, starts at about 8 EUR. You can visit a castle or museum for 4-8 EUR.

But first, don't forget to change your money to the Czech local currency! Even though Czechia is a member of the European Union, its currency is not the euro but the Czech crown (CZK). At some places, you can pay in euros, too. But in these cases, the exchange rate is usually not very favorable.

The Czech culture and beer go hand in hand. It's not a secret that the Czechs drink the most beer per capita in the whole world. In 2019, it was 142 liters (300 pints) of beer per person!

Czechia is a country with a long tradition of beer-brewing. The oldest documented Czech brewery was founded in 993. But of course, people used to drink and produce beer even earlier. Nowadays, there are about 500 breweries and microbreweries in the Czech Republic!

Czechia is also home to Pilsner- and Budweiser lagers. Pilsen beer has been produced in the city of Plzeň (Pilsen), and the original Budweiser comes from České Budějovice (Budweis in German).

So, if you don't drive, have a glass of beer after a hearty Czech meal. It's supposed to help with digestion. And it's mostly cheaper than soda! 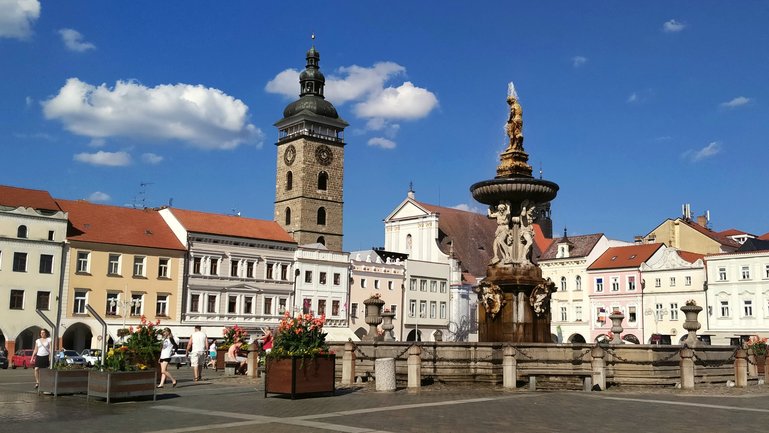 A Czech saying says that all Czechs are musicians. Well, that's probably not true. But it's definitely true that the Czech culture is not about the beer only! The Czechs like going to theatres and visiting museums and galleries. And they really enjoy concerts and music festivals of all genres. In larger cities, you can call on various cultural events every day!

Some of them are very popular and attract international visitors, too.

If you love classical music, you shouldn't miss the famous Prague Spring International Music Festival held every year in May in Prague.

Every July, Karlovy Vary hosts an International Film Festival, one of the oldest in the world! It's very popular with young people and backpackers, who come with their tents from far and wide to enjoy movie screenings.

However, the biggest cultural event in Czechia is the Signal Festival, which takes place in October in Prague. Hundreds of thousands of people come to see various light installations placed in public spaces across the city and on famous historical landmarks.

9. Great location for your travels across Europe

Are you planning a trip around Europe? Czechia is located in its very “heart”! This central location makes the Czech Republic a great base for exploring other countries. Within a few hours on a comfy train or bus, you can reach many other big European cities such as Vienna, Budapest, Berlin, Munich, or Krakow. Great, huh?

The Czech Republic is long-term ranked among the safest countries in the world. You don't have to worry about going out at night or early in the morning. Czechia is very safe for solo and female travelers as well!

What about you, guys? Have you been to the Czech Republic yet? What is your favorite place? And what's your reason why to visit Czechia?

Hello travelers! I'm Nikola, born and raised in the Czech Republic. I'm a tour guide passionate about Czech history and an enthusiastic hiker who loves spending time outdoors. I love putting together travel itineraries and looking into maps, too! I write a blog about traveling around the Czech Republic, where you can find useful tips for planning your vacation in Czechia. Do you want to visit unusual places and experience more than a regular tourist does? Visit my website and get inspired!

The 23 Best Things to Do in Pilsen