Chobe National Park is located in the North of Botswana, it is home to Africa's largest elephant population. It's also near the vast, inland Okavango Delta. It's known for its large herds of elephants and Cape buffalo, which converge along the Chobe Riverfront in the dry months. Lions, antelopes and hippos inhabit the woods and lagoons around Linyanti Marsh. The floodable grasslands of the Savuti Marsh attract numerous bird species, plus migrating zebras. Kasane lies in a riverine woodland at the meeting point of four countries – Botswana, Zambia, Namibia and Zimbabwe – and the confluence of two major rivers, the Chobe and the Zambezi.

Written by Tour All Africa 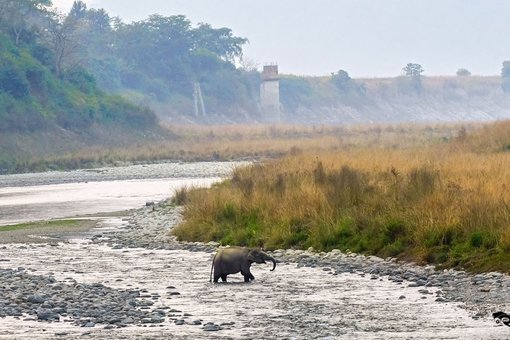 The land of Bagh - Corbett (India)

The 8-day Botswana & Victoria Falls Safari is the perfect way to visit two of the world’s natural wonders, the Okavango Delta in Botswana and the enormous Victoria Falls in Zimbabwe. This trip stands alone so it is designed tour that is in combination of 2 Countries.

This 14-day BotswanaHighlight Safari is wildlife focused whereby you sightsees the best game viewing zones of Botswana and offers most incredible predator action to be seen on this tour. Your tour begins in Maun Botswana where you will explore olden sand dunes and ability to see the iconic black maned Kalahari lions.