Traveling The Canals of Bangkok 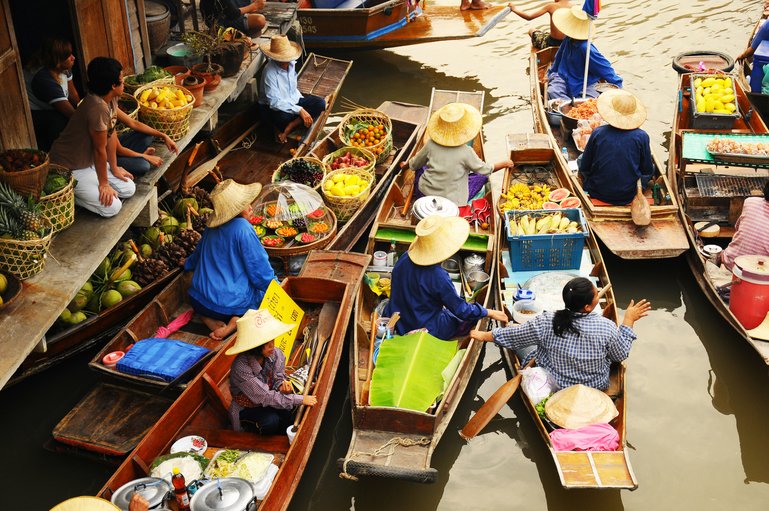 With a population of over 8 million and occupying over 600 square miles, the capital city of Thailand, Bangkok is also one of the most visited cities in the world. Due to the traffic congestion and air pollution, it can also be an unpleasant place to travel over the city streets. When we visited there in January 2019, we needed masks to navigate the city by tuk- tuk or taxi. Thankfully, this Venice of the east also has an extensive network of canals or klongs as they are called. These waterways divide into three parts: 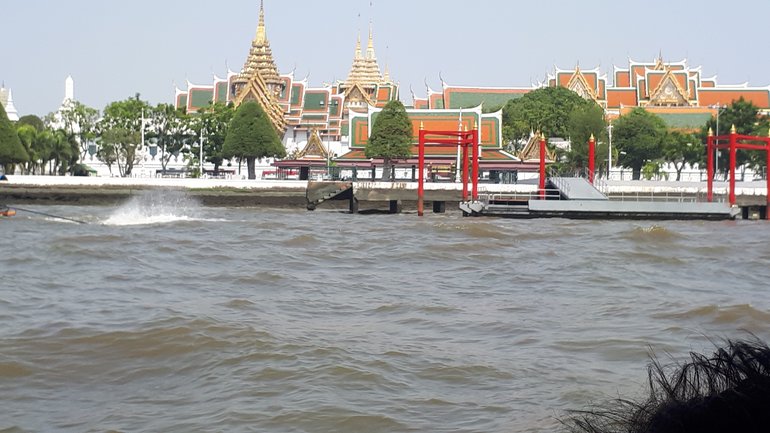 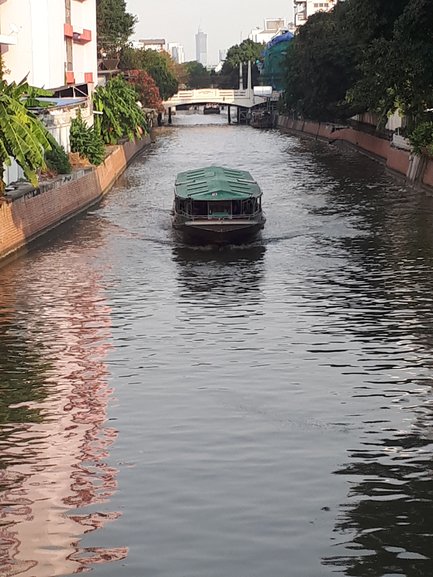 traveling on the klongs

By using these canals a visitor can see most of the most popular tourist sights in Bangkok without having to travel in the city traffic. The most frequented routes offer get-on get-off privileges for 200baht (around $6.30us) for the entire day. You can get within a couple of blocks or closer to the main business district and shopping areas. Along the Chao Phraya River route you can see the opulent Grand Palace and its sacred temple, the Wat Arun temple with its steep steps and Khmer style spire, the temple of the Golden Buddha, and the most elegant shopping center I have ever seen. The klongs of Thonburi pass through some of the poorer parts of Bangkok as well as visiting the famous floating market.

Thirty-five years ago I visited Bangkok with my son who was then 14 years old. On that trip we wanted to visit the floating market. In the lobby of the Mandarin Hotel I found a brochure touting a tour to the floating market for the price of $50 us per person. I reasoned that if this was a local market, locals didn't pay $50 each to get there so there must be a cheaper way. That was my introduction to travel on the klongs. Crossing the river in a longboat cost pennies. On the boat we met a local school girl who was proud to practice her English. She announced that this was “be kind to tourist week” and she would be happy to show us how locals got to the market. Once on the Thonburi side of the river she insisted we go to her house and meet her family. Her brother had a car and would take us to the market. Of course we were grateful. He gave us a ride to the market and pointed out where we could take local transport to return. It's that kind of hospitality that made me fall in love with Thailand.

Another aside before I continue with the previous thread. On that same trip, I visited for the first time the Golden Buddha. Several centuries ago, this fourteen- ton statue stood in a village near the Burmese border. Due to frequent raiding parties across the border, the people of the town decided to cover the icon with clay to keep it from being pillaged. Time passed, and everyone who knew the figure was valuable had died. The villagers decided to move this clay statue to a new location. A crane arrived to lift the massive object. The crane broke, and the statue fell and chipped. It was only then that the village people realized it was solid gold! Fourteen tons of solid gold! Soon the government decided to move it to Bangkok, where it resides today in its own Wat.

The ICONSIAM shopping center is one of the largest malls in Asia. The center opened in late 2018 with 5,650,000 square feet of retail space and hundreds of high-end shops. Stores such as Gucci, Hermes, Versace, and Porsche has a showroom in the mall. It even includes an indoor floating market. 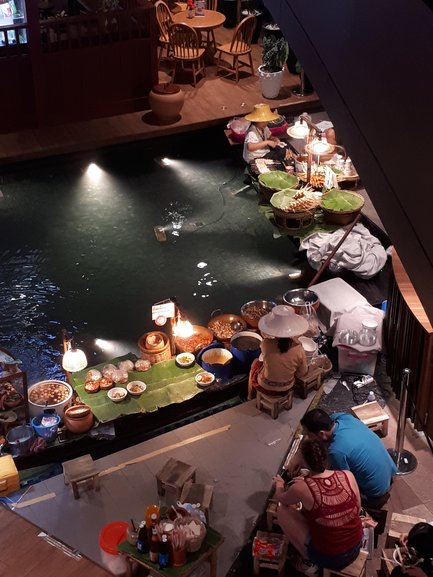 Day or night, traveling on the waterways of Bangkok is a pleasant experience. You avoid the traffic and pollution of the streets. The boats create a cooling breeze as they speed through the water. The trip is generally faster and much more comfortable than traveling on the roads. Especially on the east-west klongs, there are numerous bridges across the canal, which make it easy to disembark in the business and shopping parts of town. Embarcation points are all over. Many tour groups offer dinner cruises on the Chao Phraya River.

I heartily recommend using the canal system in Bangkok as the best way for visitors to get around this beautiful and complex city. 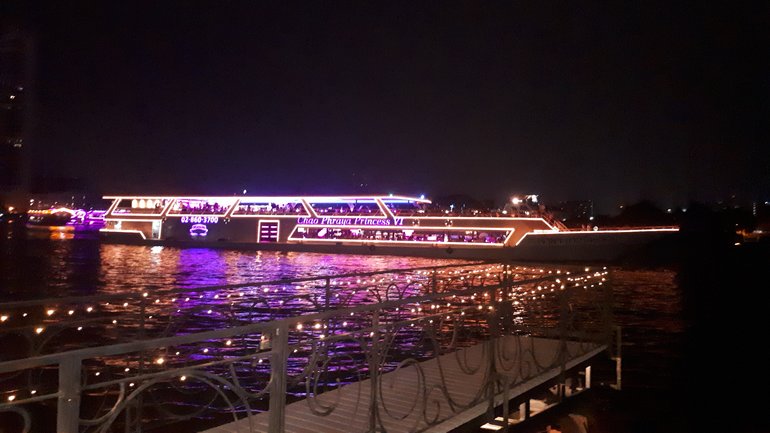 Diner cruise in the river

I grew up in Puerto Rico and am completely bilingual in English and Spanish. I also speak French and Portuguese at an intermediate level. Except for 12 years in Colorado, I have lived most of my life in the Caribbean and Latin America. I have worked as an Export Manager for a Fortune 100 company, Stockbroker, English teacher (EFL), owned my own language school, and a small niche telephone company. I was a Peace Corps volunteer at 50 years old in Chile and, in the mid-1980s, worked briefly as a travel photographer and writer. Now at 76, I’m getting back into travel writing and blogging. You can get to know more about me and my travels throu... Read more

Travelers who are looking for a way to relax while sightseeing along Bangkok’s Chao Phraya River. See some of the city’s most beautiful and distinctive monuments along the river banks from the comfort of your boat, without getting tired and hot walking around them.